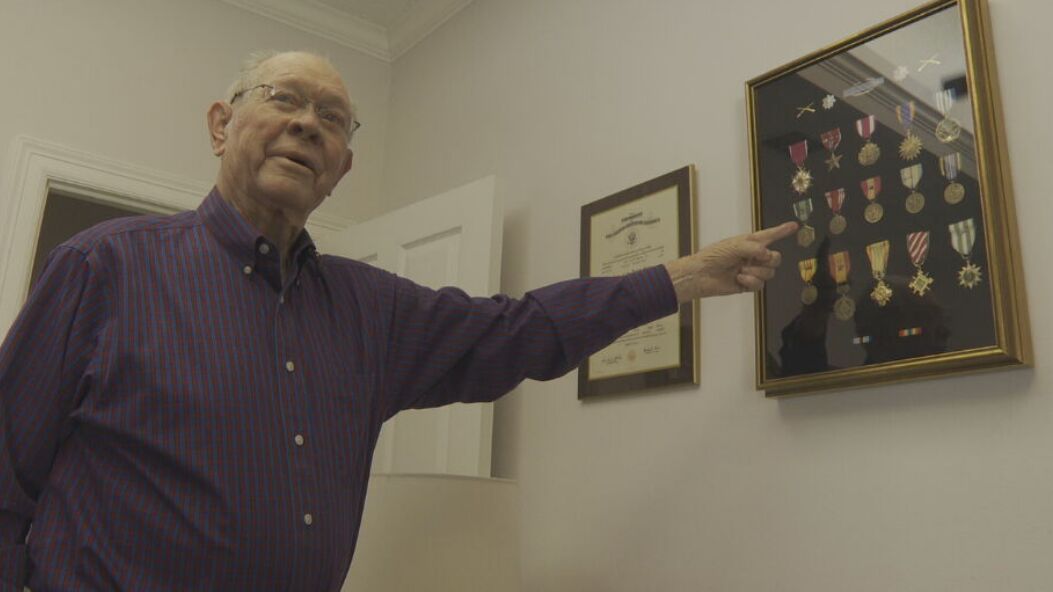 John Walker points to the medals earned over a long Army career, including a Vietnam War tour. 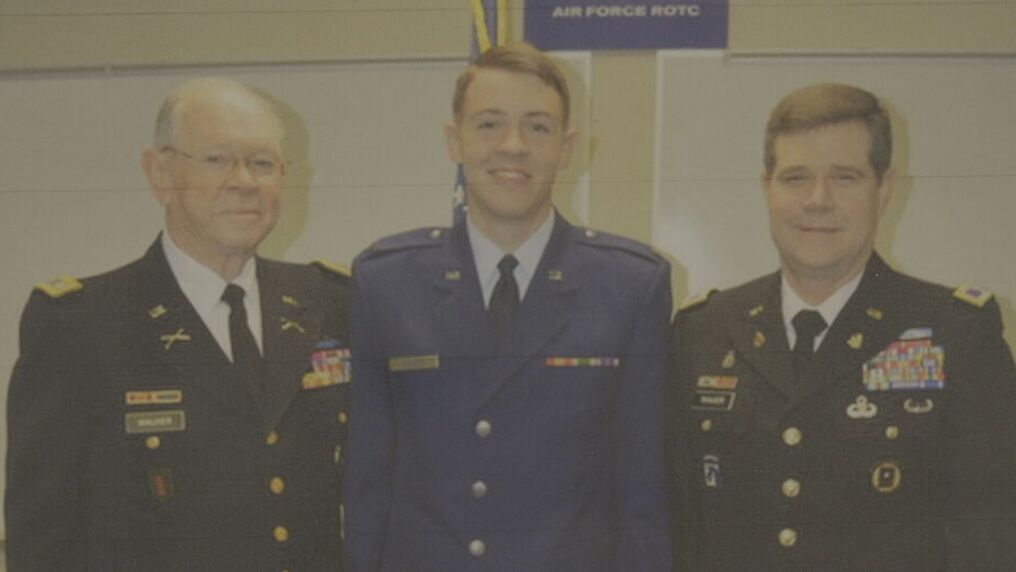 BETHANY, La. -- Sometimes you need to give it a second chance. That's what John Walker did. He left college. Then he left the Army after a brief stint.

After going broke back in Shreveport, he gave both a second chance. He wound up as a highly decorated Army officer, And proud combat veteran of the Vietnam War.

Among his medals hanging in a shadow box at home is The Bronze Star with clusters. John earned eight Bronze Stars, including one with a V for valor. What for?

"Calling air strikes on positions of the NVA as we were advancing during Tet of 1972. They were coming across the border with tanks," John recalled.

It was the first day of his second tour. John was a major, leading a small American unit that was advising a South Vietnamese battalion. Their formation of three choppers took enemy fire. Two went down. It was up to John's chopper to try to lift all the survivors out, as the North Vietnamese closed in.

"We took fire in the helicopter. A round hit one of the hydraulic lines. We couldn't get up there," John said. "I was cut off for a little while and I didn't think I was going to make it back."

John called a forward air controller for Air Force support. In came F-4 fighters to save the day.

"They were able to hose the area down and we got out of there," John says.

Then, managing a smile, he added. "That was just the first day. There 366 days in that year."

He says that was probably the worst day, but there were others. Like the time his chopper had to make a hard landing.

"I could tell the ground was coming up pretty fast," John says.

The impact killed two South Vietnamese crewmen. John has to get injections in his back to this day for treatment of a lingering injury.

He won't go into detail about those other tough days during that tour.

Being married, with four children, weighed on John during that tough tour. But he says being a family man also helped him rise to the task.

"I was an officer. I was married. I was more mature. I saw what the total mission to the country was," he explained. "The country needed patriots in the military. And I was going to be that."

John wound up serving a total of 23 years in the Army, retiring as a lieutenant colonel, even after that first brief enlistment that John was looking forward to ending.

"I enjoyed being in the military. Didn't enjoy being shot at it. But in the total scheme of things, the total number of minutes that somebody's shooting at you is not very many," he says of the big picture.

One of John's sons followed him into the Army and retired as a full colonel. And a grandson is flying a C-17 cargo jet in the Air Force.