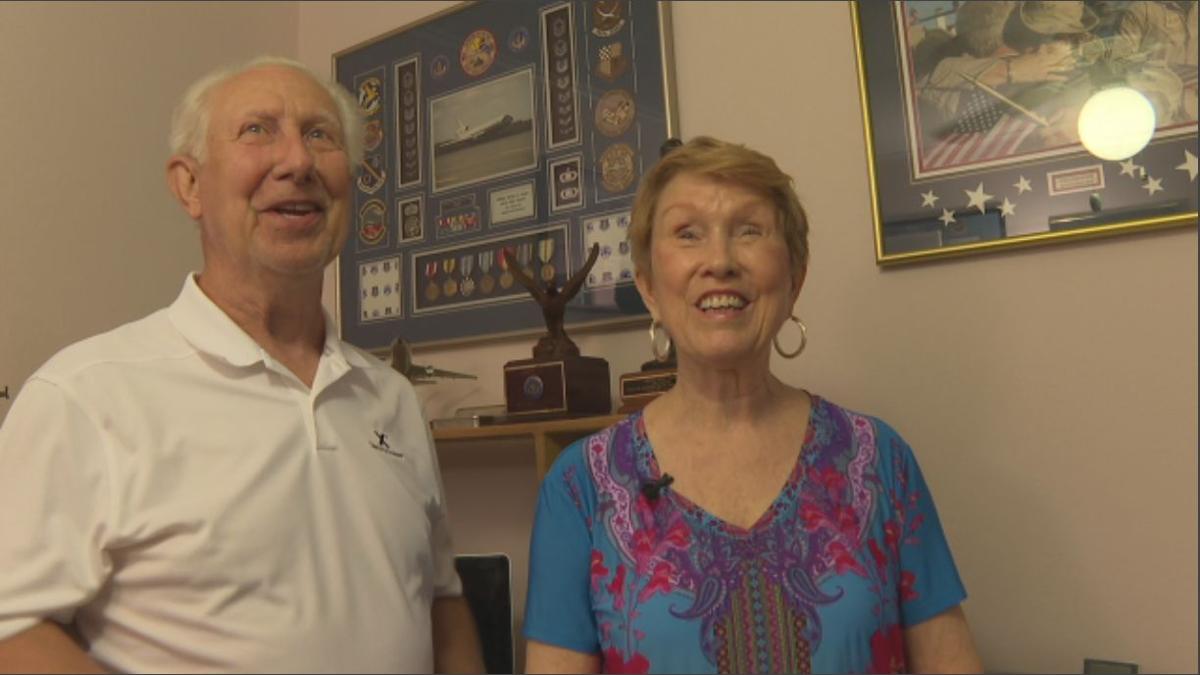 Frank and Holly at home. 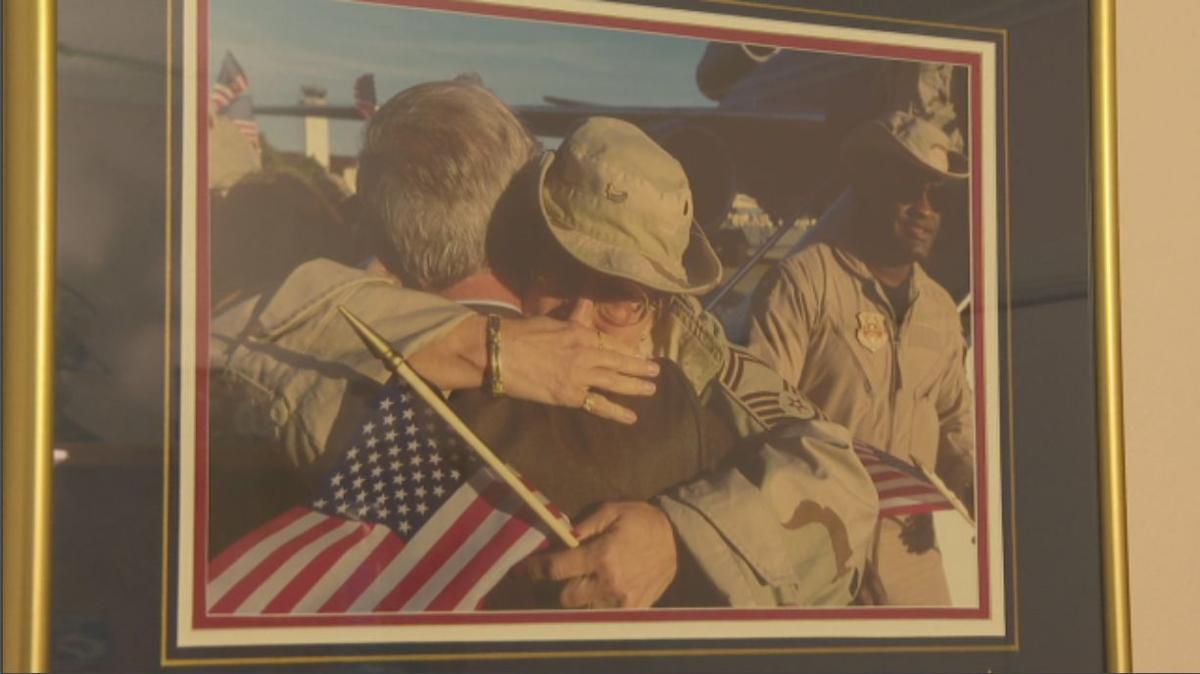 A framed picture shows Frank giving Holly a welcome home embrace after her duty in the war in Afghanistan.

BOSSIER CITY, La. -- People who join the military will tell you that the military becomes family. Frank and Holly Junge took that to heart.

"I asked her when we were going to have lunch," Frank says about meeting Holly. She was an air refueling squadron administrator, while Frank was a civilian air refuel boomer instructor when they met at Barksdale.

Both entered the Air Force shortly after high school in 1961. Holly was from Michigan, and Frank from Ohio. He would become a boomer himself, including war tours over Vietnam. He sure remembers that first deployment was in 1967.

Frank's modest about the skill it takes, flying the boom from his jet plane to another.

"We had a saying, any monkey could do it," he said with chuckle.

"You finesse it . You just slide it in," Frank described. "You never feel anything. In our cockpit and he probably didn't feel anything in his cockpit."

After 20 years of active duty, Frank became a civilian boom instructor for Air Force trainees for another 23 years. That's how he eventually wound up at Barksdale, meeting Holly. But she would soon be off to the first war with Iraq.

And, a little more than a decade later, after the 9/11 attacks, she was back in the Persian Gulf region again.

"Our squadron was notified immediately that we were going to go over there. And because I do flight orders and everything else, they took me," Holly said.

She helped coordinate mid-air refuels for the start of the war with Afghanistan. A welcome home hug from Frank at McGuire Air Force Base was made famous. It was first printed in the local newspaper.

"And this is hanging perpetually up there at McGuire Air Force Base. So I'll be on the wall forever," Holly said with a big smile, admiring her own large, framed print of the photo at home.

Both earned the Air Force Meritorious Service Medal among many others. Retired together in Bossier City, they reflect on their time serving our country together.

"She goes away someplace. I go away some place," Frank said of their working days, then added with his easy laugh, "We eventually get back together. So we had lots of honeymoons."

Frank and Holly will celebrate 30 years of marriage in September.