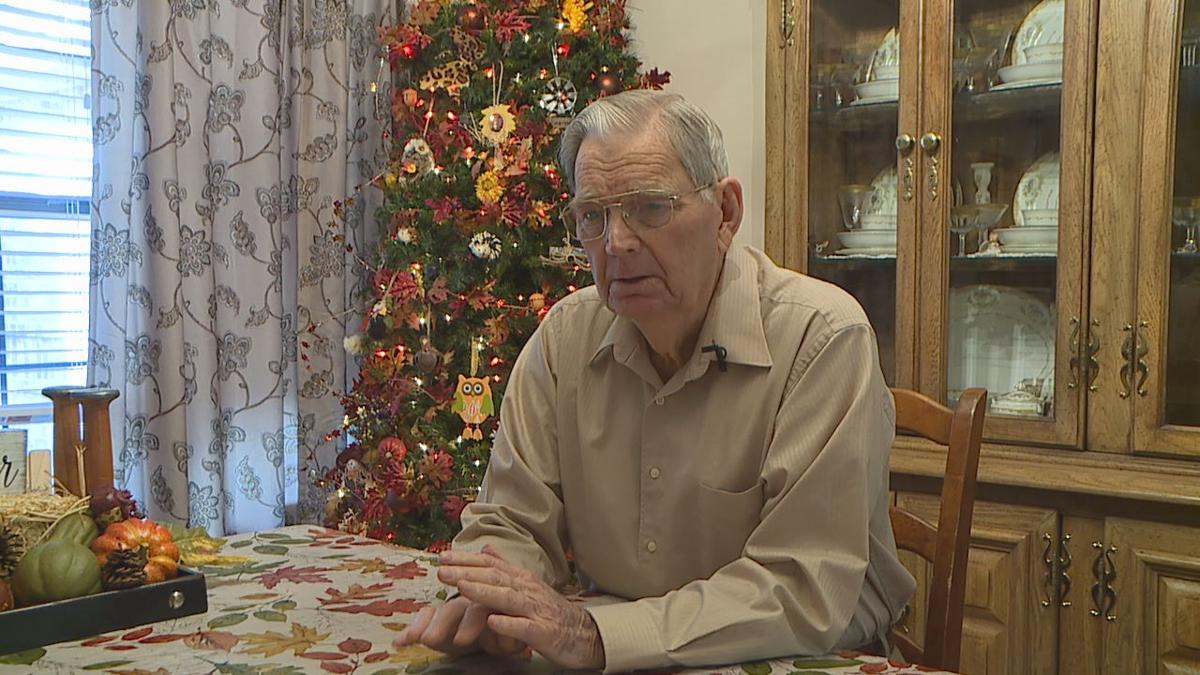 Billy Grammer talks about his visit from Jack Ruby from his home near his native Longview, Texas. 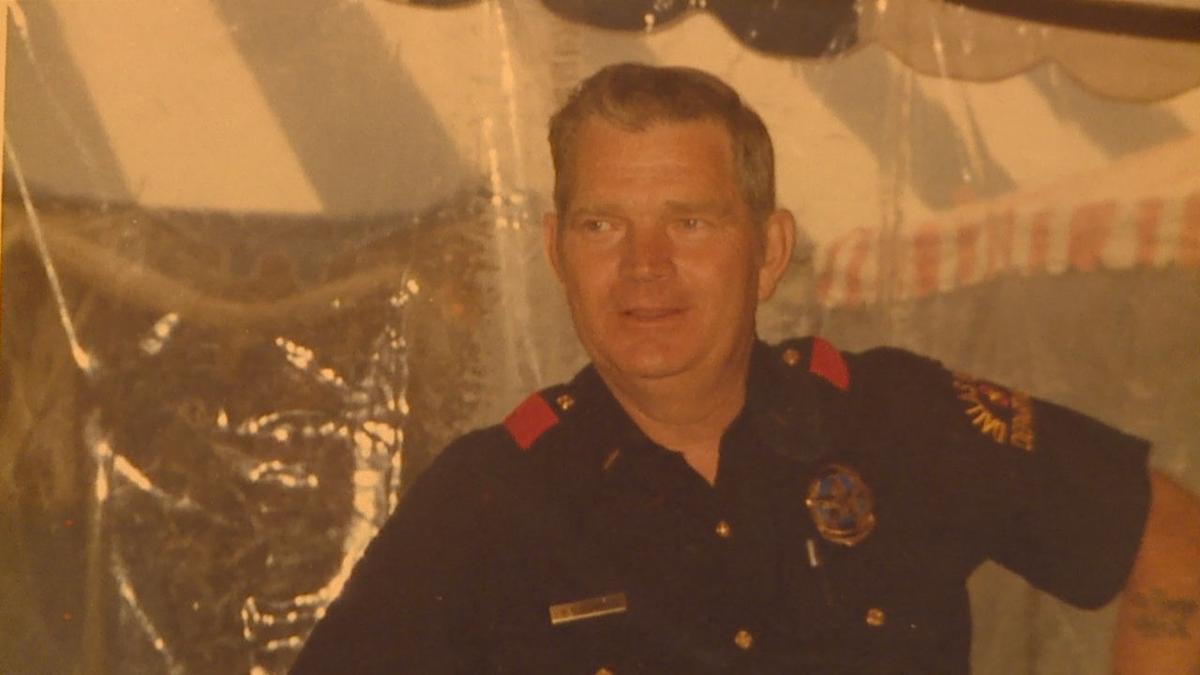 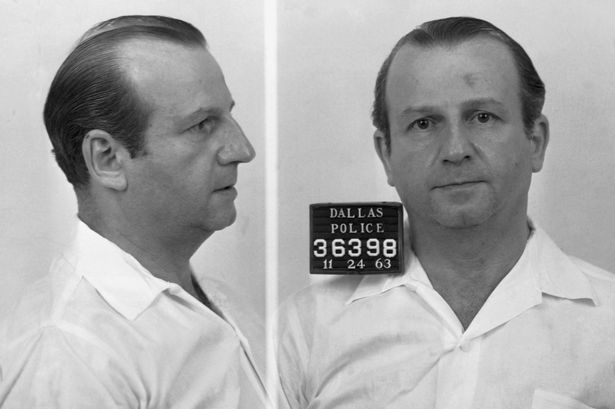 Jack Ruby is shown in his jailhouse mugshots. 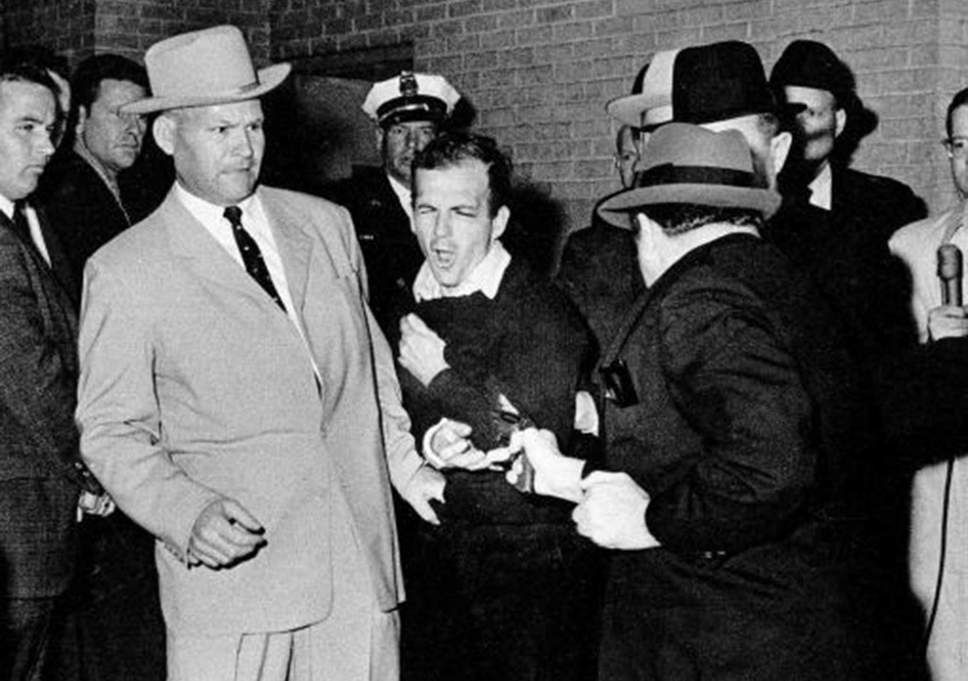 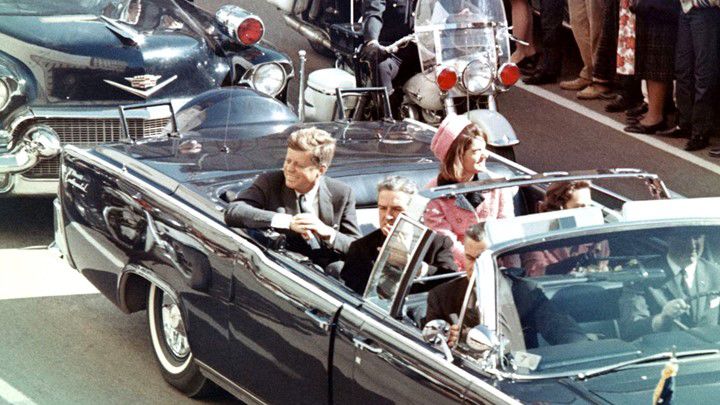 President Kennedy is shown riding in the convertible limo moments before he was assassinated in downtown Dallas on November 22, 1963.

The nation marks 55 years since the assassination of President John F. Kennedy later this week. And we want you to meet a former airman who became a Dallas Police Officer and was on duty at a critical moment.

Billy Grammer of Longview says he tried to alert the police chief to information that could've prevented the death of Lee Harvey Oswald -- and the secrets that went with him.

As the nation mourned the assassination of our 35th president, Grammer and the rest of the Dallas PD began working long hours. Grammer was in his office in the dispatch division the night after. That's when he got a visit from someone he knew -- nightclub owner Jack Ruby -- who was considered a friend of police. Ruby was often at the station, including that night after Kennedy's assassination.

"He was just like he always was," Grammer says of his hour-long talk over coffee with Ruby. "He never once mentioned Oswald."

Oswald was still locked up at the station. Later that night, after Ruby left, Grammer got a phone call from someone refusing to give his name.

"It sounded like Jack Ruby. But I don't know," Grammer says. "He started telling me about -- if we don't change the plans, we're going to kill Oswald in the basement."

Dallas PD had made it public that Oswald was going to be transferred to the county jail by armored vehicle. What the public did not know was that the armored vehicle was a decoy. Oswald would be hidden and transferred in another vehicle.

"This guy that called knew about that. And told me about it," Grammer said of his surprise.

He got a fellow high ranking police officer to listen in on the phone. Then he typed up a report and they gave it to Police Chief Jesse Curry.

Grammer says the department was getting lots of calls threatening to kill Oswald. But Grammer had a bad feeling about that call he got.

"I remember when I got home Sunday morning, I told my wife, 'Somebody's going to kill Oswald in the basement of city hall this morning.' And she kind of laughed about it a little bit."

Hours later, she woke him up to the news.

"I got up and went in and the tv was on," Grammer recalled. "The first person I saw was Jack Ruby. And I thought, 'Oh, me.' I knew this was going to happen."

Grammer says Chief Curry told FBI investigators the next day that he did not remember getting Billy's report. But Grammer says his fellow officer and two FBI agents stood behind him.

"That report has never surfaced," Grammer says. "When all that happened on Sunday and Oswald was killed, I think probably Sunday afternoon the chief probably shredded that thing and threw it in the trash," Grammer says.

The same Warren Commision that found Oswald acted alone in assassinating Kennedy, also said Ruby acted alone in killing Oswald.  But before his death in prison, Ruby had contacted the commission, asking them to send him to Washington, where he said he could tell "the truth."

In addition to mourning the death of the president along with the rest of the nation, Grammer says he was also saddened by the death of a friend, officer J. D. Tippitt, at the hands of Oswald.

Grammer retired from the DPD as a lieutenant in 1986.