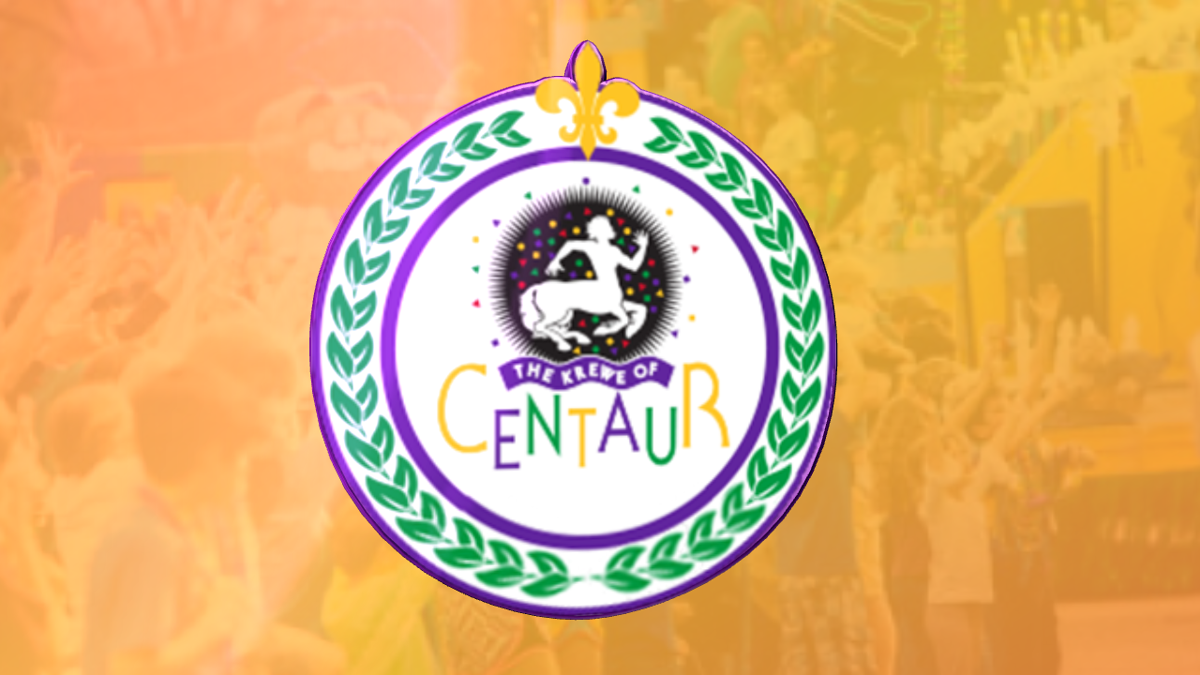 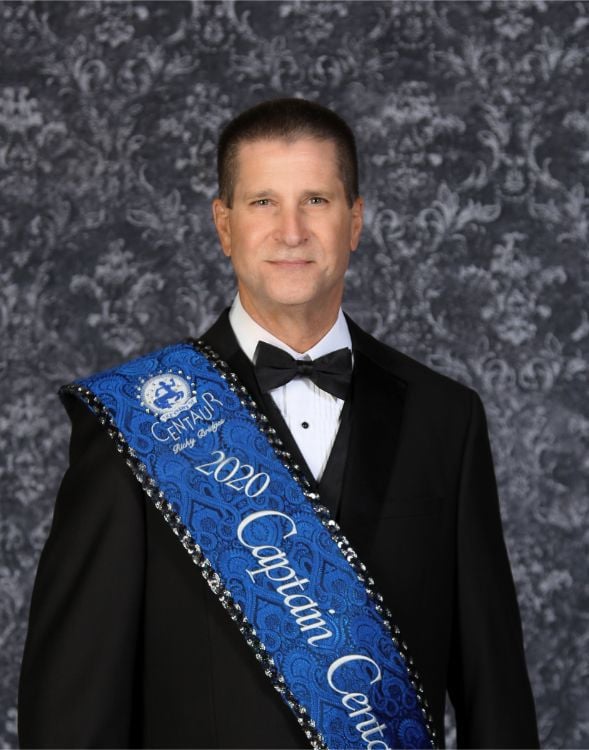 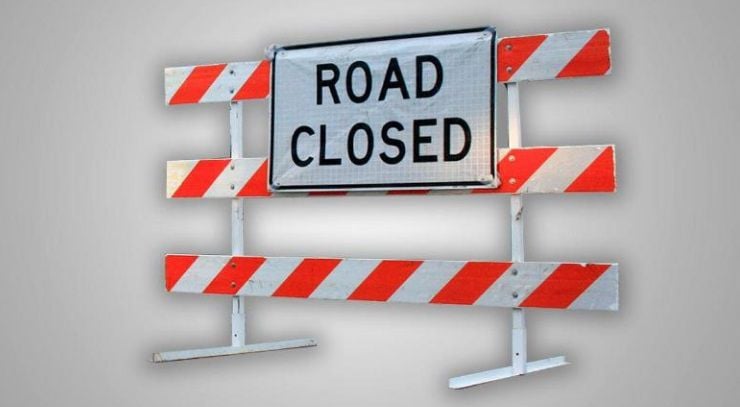 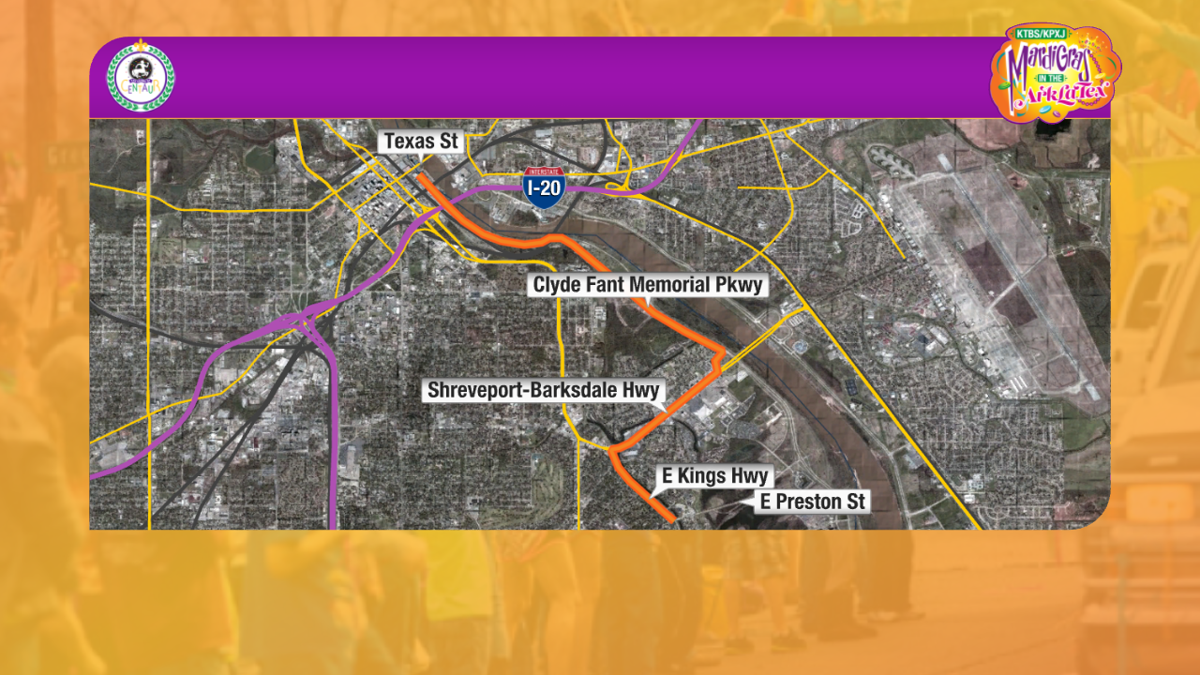 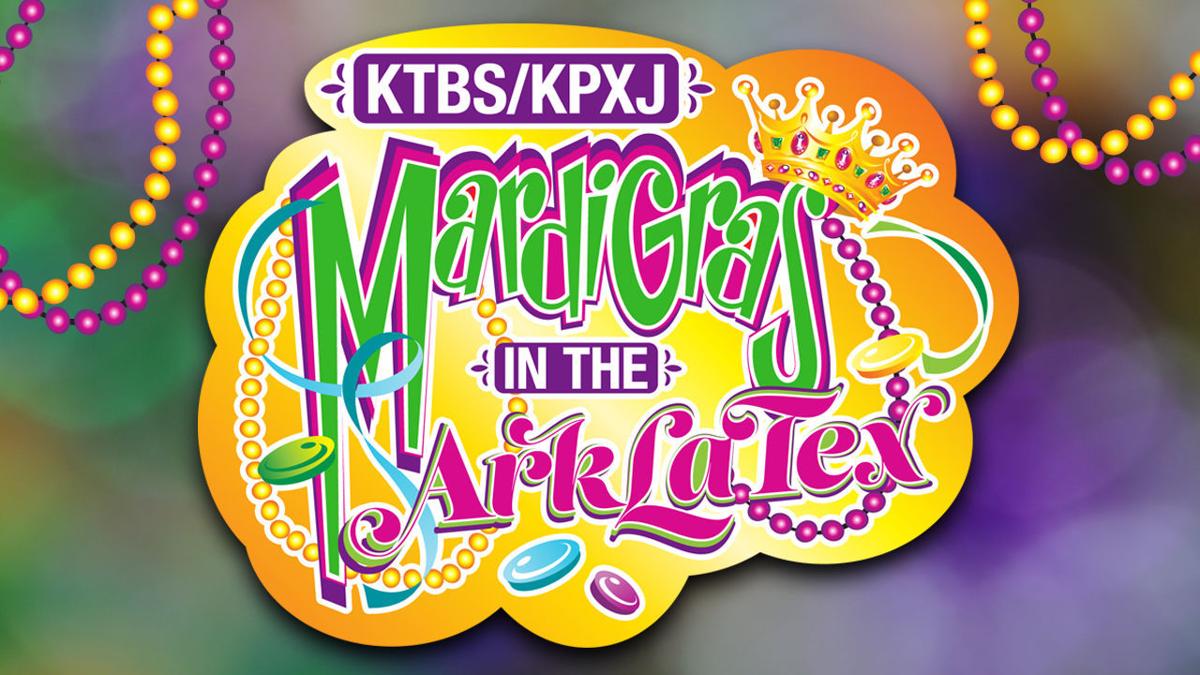 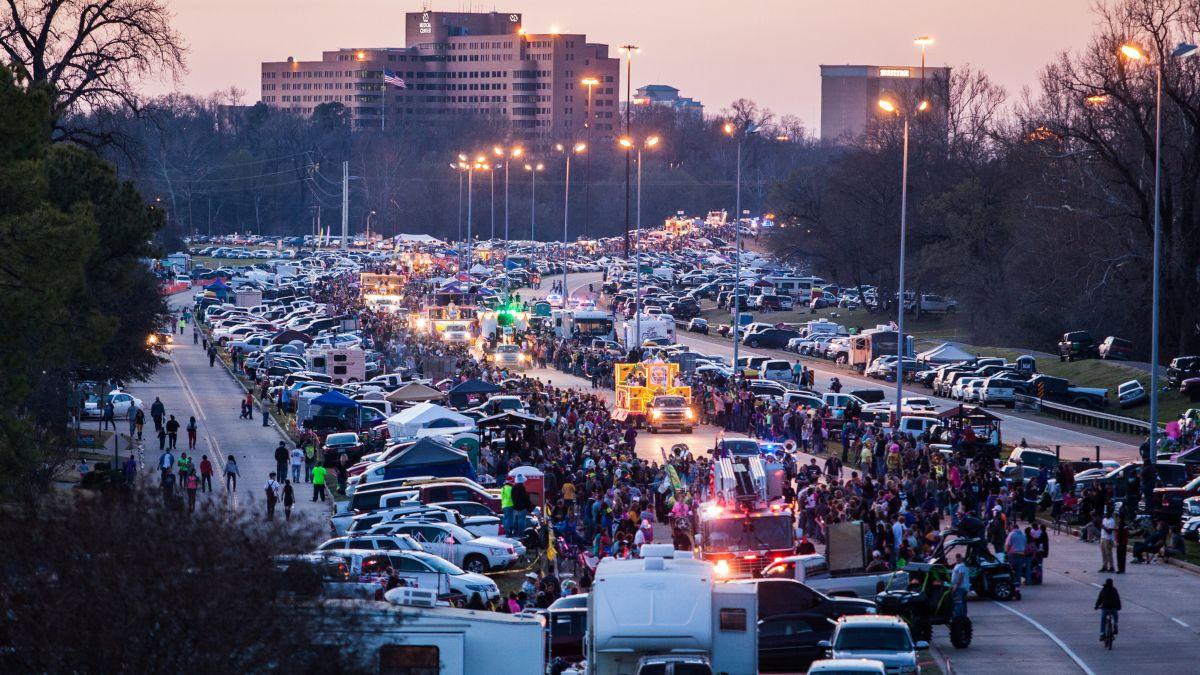 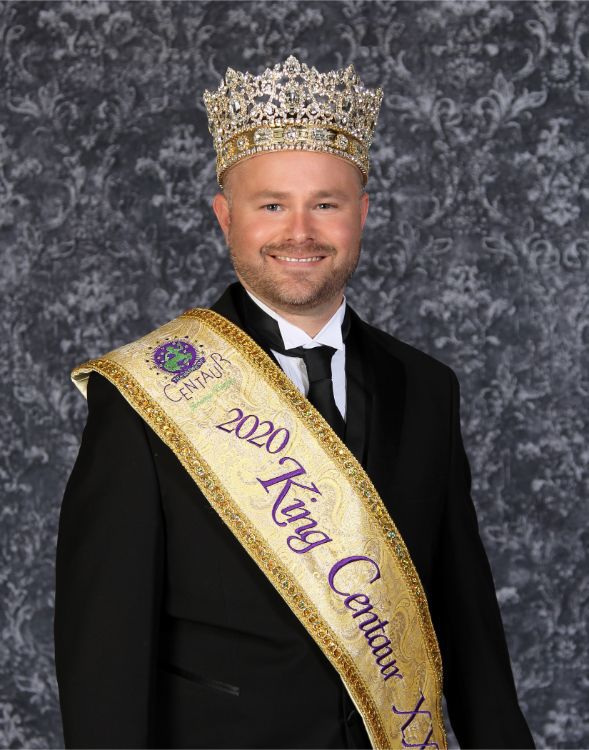 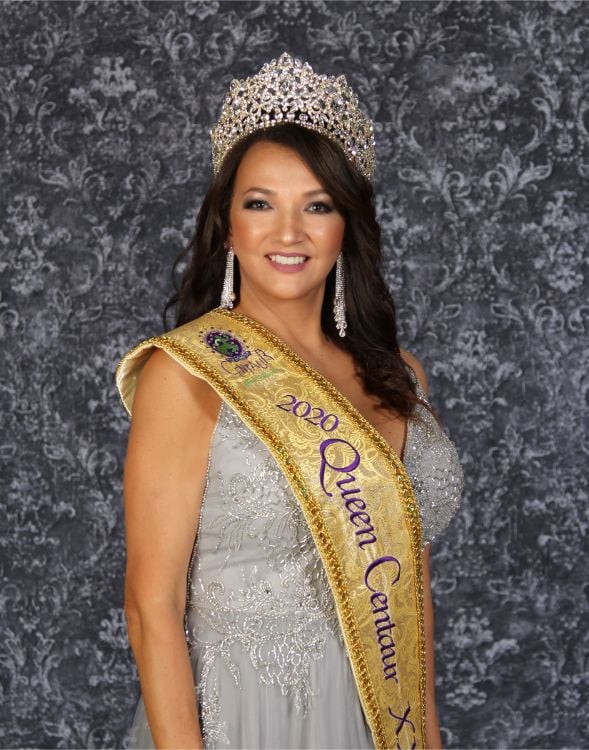 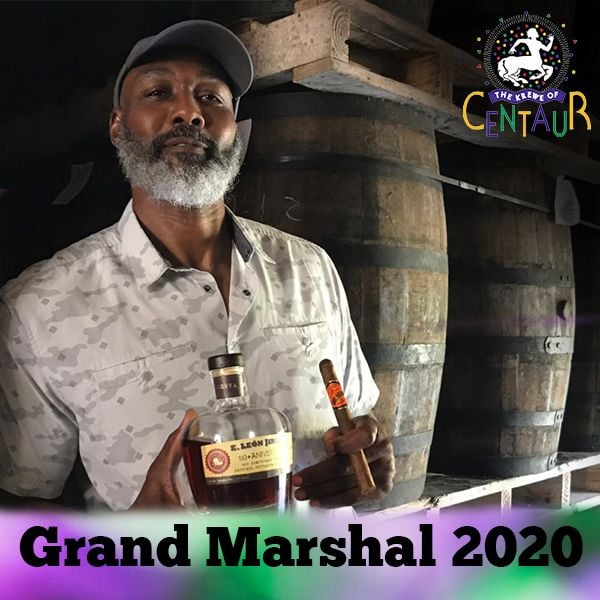 SHREVEPORT, La. - If you've been waiting for the XXIX Krewe of Centaur Mardi Gras parade, your wait is almost over. Centaur rolls through Shreveport Saturday, Feb. 15, beginning 3:30 p.m. This year’s theme is Guardians of Time.

Captain XVII Ricky Bridges has been a dedicated member of the krewe for nineteen years. Bridges served on the Board of Directors for the past ten years, as Throw Chairman, as well as a float lieutenant for nine years.

Bridges would like to thank every member of the Krewe of Centaur for their contribution and their help in making this a successful year.

Jeremy Burge joined the krewe in 2002 as a rider on the Robinson float. Little did anyone know that this hometown boy from Haughton would grow up to follow the footsteps of some of the most honorable members of Mardi Gras in Northwest Louisiana as King Centaur XXIX.

As a member of the mighty Krewe of Centaur, Burge has served as a float lieutenant for the King's float. He has also been on the bal, events, golf and parade committee for multiple years.

For the past thirteen years, Burge has been employed by Louisiana Truck Stop and Gaming as the Director of Information Technology.

Queen Centaur XXIX Janet Caldwell Bradley was born in St. Paul, Minnesota and is a proud member of The Fond du Lac Band, one of six Chippewa Indian Bands that make up the Minnesota Chippewa Tribe. She has proudly called Bossier City home since her late father was stationed at Barksdale Air Force Base in the early 60s.

In 2001 Bradley became a member of the mighty Krewe of Centaur and was placed on the Miller float, which today is known as the Eldridge float.

Bradley would like to thank all krewe members for their trust and support.

Click here for a look at the entire royal court.

The Mailman will be delivering plenty of beads at the Centaur parade.

Malone played college basketball at Louisiana Tech University. In his three seasons with Louisiana Tech, he helped the Bulldogs basketball team to its first-ever NCAA tournament in 1984 and to first place in the Southland Conference in 1985.

This is Centaur's 29th parade. Nearly 90 groups are participating including dozens of floats and mini floats. The Krewe of Centaur boasts more than 700 members and is one of only three super krewes in Louisiana. That's a distinction earned by having more than 500 members.

In a single Centaur parade, participants will throw over 180,000 cups; over 2 million beads; 100,000 doubloons; 20,000 lighted beads; and 43,000 specialty items like koozies, stuffed animals, footballs, toys, and flashing trinkets. Krewe members also have several special items they are throwing this year.

The Krewe of Centaur was organized in 1991. The Krewe is bound together by the common goals of building a better community and the pursuit of good family fun. The krewe is known for its community outreach, making about 35 visits to various facilities leading up to the parade.

More than 300 law enforcement officers from the Shreveport Police Department work to keep the public safe and ensure a good time was had by all.

This year’s parade route is a familiar one to most. The massive parade proceeds along Shreveport’s parade route, which follows Clyde Fant Parkway south from downtown Shreveport, turns right onto Shreveport-Barksdale Highway and ends in the Broadmoor neighborhood at East Kings Highway Park.

Police will close Clyde Fant Parkway from Lake Street to Shreveport-Barksdale Highway beginning at 7:00 p.m. Friday before the parade. Clyde Fant Parkway will then re-open to traffic at 7:00 a.m. on parade day so people can set up early Saturday.

Members of the public will not be allowed to set up tents or recreational vehicles nor will they be allowed to save parking spaces on Clyde Fant Memorial Parkway or on the service road between Stoner Avenue and Shreveport Barksdale Highway before 7:00 a.m. on parade day. Any stakes, flagging tape, furniture, tents, and other such items left as space markers prior to 7:00 a.m. will be removed and discarded by police. Violators are subject to citation, tow, and removal from the parade.

Attendees planning to park towards the end of the parade route should obey all traffic and parking signs and remember not to block residential driveways. Officers will be posted at various locations along the parade route. It is vital that emergency vehicles be able to access residential streets, therefore parking ordinances will be strictly enforced. Violator’s vehicles are subject to tow at their own expense.

THE ROADS WILL NOT RE-OPEN UNTIL THE TRASH CREWS HAVE COMPLETED THEIR WORK.

Please exercise good common sense and treat others respectfully and in a manner you would want to be treated. Let’s have another great Mardi Gras season!

We're activating the exclusive KTBS 3 Parade Tracker once again to help make sure your Mardi Gras experience is the best ever.

With our GPS technology, no guessing, you'll know right where the parades are along the route.

Get the free KTBS 3 mobile app now from iTunes or  Google Play.

Coverage of the Krewe of Centaur parade will air from 5 p.m. to 7 p.m. on KTBS 3, KTBS 3.3, ktbs.com and all of your KTBS 3 Now connected devices. Parade coverage is brought to you by Laz-Z-Boy Furniture Galleries of Shreveport. An abbreviated, one-hour special of the parade coverage will air from 10 p.m. until 11 p.m. Saturday on KPXJ CW 21.

Click here for your complete 2020 Mardi Gras in the ArkLaTex Schedule of Events.

If you'll be at the parade, we want to see your photos. Just email them to pics@ktbs.com or use #KTBSMardiGras on social media.