The American flag stands for Freedom, and several businesses will give flags away in preparation of Flag Day, June 14. Pioneer Comfort Systems and Barksdale Federal Credit Union will give away large American flags while supplies last from June 1 - June 14. Let’s wave the American Flag together.

ALL FLAGS HAVE BEEN GIVEN AWAY.

THANK YOU FROM KTBS AND OUR SPONSORS FOR YOUR PARTICIPATION. 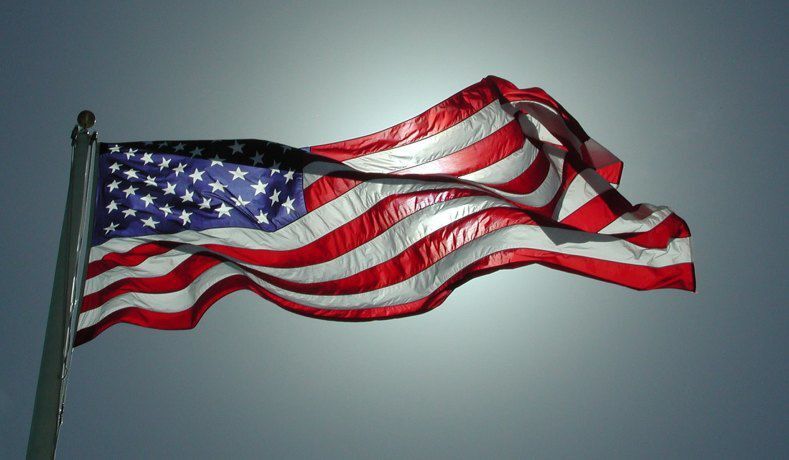 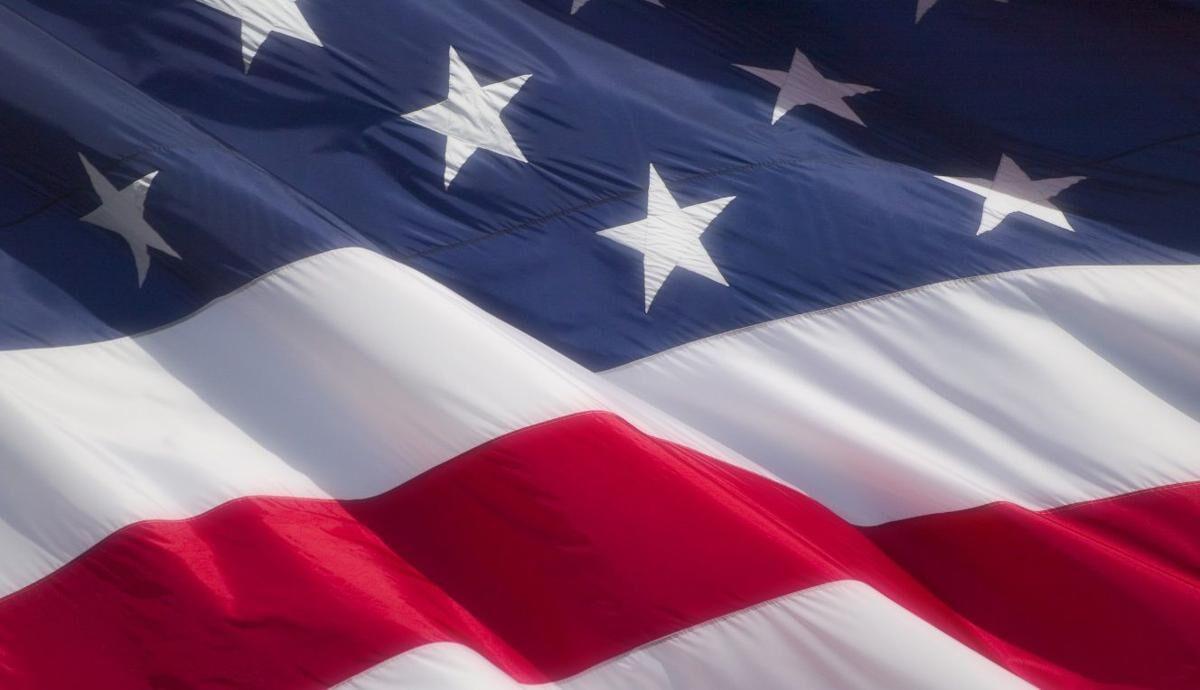 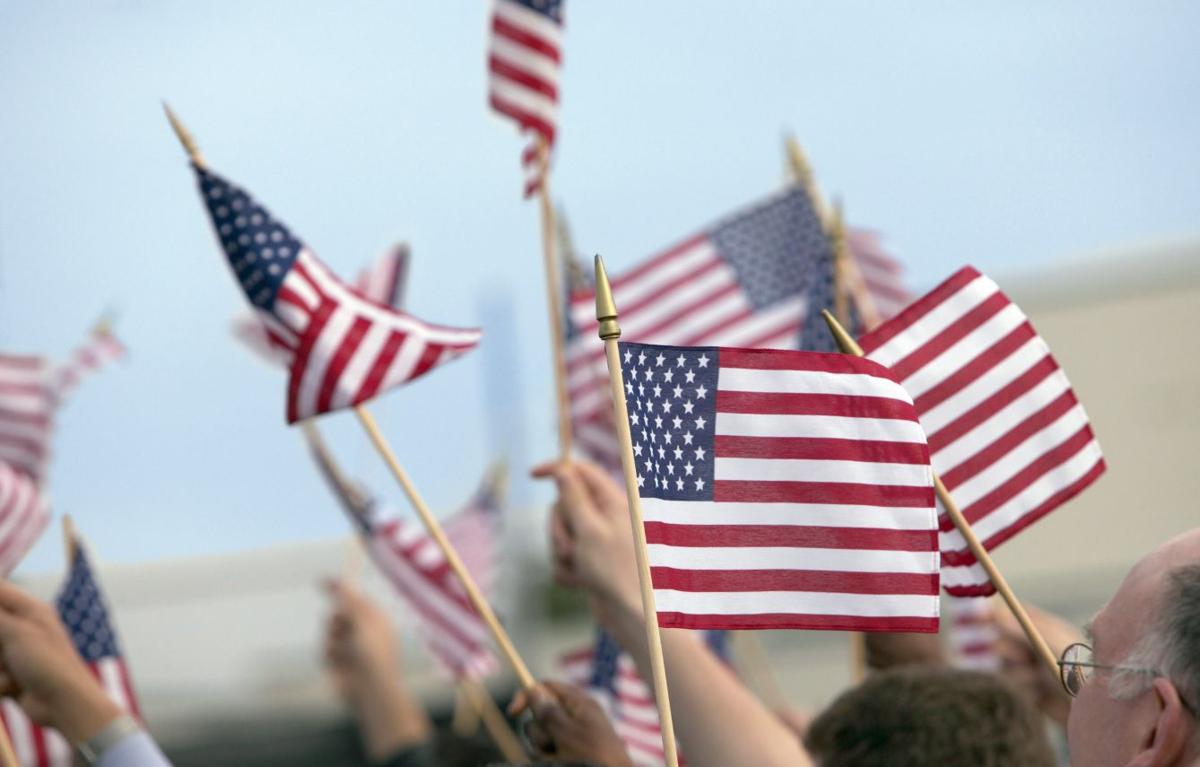 WOW! Are you all some patriotic people or what? Our partners for our Freedom Fest Series Flag Giveaway have been cleaned out of Old Glory. Barksdale Federal Credit Union and Pioneer Comfort Systems are all out of American flags. Both businesses had even bought more flags for the giveaway and those are gone as well. At least 400 flags were given away. A big thanks to both of these businesses. Be sure and fly your flag for Flag Day on June 14 and visit ktbs.com/freedomfest to learn more about our big celebration for July 4th. #KTBSSalutes

Barksdale Federal Credit Union is holding a flag giveaway June 1-14 while supplies last. BFCU will be giving away large flag kits at these two locations:

Meanwhile, Pioneer Comfort Systems is giving away large porch flags while supplies last through Flag Day at the following location:

It's all about faith, hope and freedom as we celebrate God and country leading up to Independence Day and our Freedom Fest. Click here for a look at all of our Freedom Fest Series events.

Evolution of the United States Flag

No one knows with absolute certainty who designed the first stars and stripes or who made it. Congressman Francis Hopkinson seems most likely to have designed it, and few historians believe that Betsy Ross, a Philadelphia seamstress, made the first one.

Until the Executive Order of June 24, 1912, neither the order of the stars nor the proportions of the flag was prescribed. Consequently, flags dating before this period sometimes show unusual arrangements of the stars and odd proportions, these features being left to the discretion of the flag maker. In general, however, straight rows of stars and proportions similar to those later adopted officially were used. The principal acts affecting the flag of the United States are the following:

2020 KTBS 3 Freedom Fest Finale goes off with a bang

SHREVEPORT, La. – Another year, another spectacular KTBS 3 Freedom Fest Finale. This year, because of COVID-19, it looked a little different, with much of it virtual.

Join us for KTBS 3 Freedom Fest Finale on July 4th; it's a celebration like you've never seen before

The History of the American Flag

On Friday, June 12, scouts from Caddo, Cherokee and Yatasi Districts of the Norwela Council - Boy Scouts of America demonstrated proper etiquette of the American Flag in recognition of Flag Day 2020 for Sunday, June 14.

Countdown to Flag Day: A history of our flag

Hope you enjoyed your July 4th holiday and our Freedom Fest Finale. We had to make some adjustments this year for obvious reasons but the show must go on.

2020 KTBS 3 Freedom Fest Finale goes off with a bang

SHREVEPORT, La. – Another year, another spectacular KTBS 3 Freedom Fest Finale. This year, because of COVID-19, it looked a little different, with much of it virtual.

NATCHITOCHES, La. - From snow cones and chicken wings to cruises up and down the Cane River Lake, Natchitoches was full of life this 4th of July.

BLANCHARD, La - The KTBS Freedom Fest Finale is in the books. While this year’s event was different than previous years, it did offer the ArkLaTex a unique way to come together and celebrate the Fourth of July.

South Shreveport celebrates Independence Day with Freedom on the Fairway

SHREVEPORT, La. - KTBS 3 Freedom Fest Finale is in the books for another year and while it was socially distanced several communities came together to celebrate Independence Day.

RUSTON, La. - The city of Ruston, and more specifically the Temple Baptist Church are not strangers to going all out for the 4th of July. But this year was drastically different.

TEXARKANA, Ark. - All eyes were to the sky for a spectacular fireworks show at the KTBS Freedom Fest Finale in Texarkana. The massive fireworks display was just one of eight fireworks shows broadcast on KTBS 3 News and KPXJ CW 21.

Stoner Boat Launch was the perfect place to view the fireworks

SHREVEPORT, La. - With eight locations across the ArkLaTex from which to view the Freedom Fest Fireworks, you couldn't go wrong with the Stoner Boat Launch in Shreveport.

She is a Louisiana music legend and she is going to be a part of Freedom Fest tomorrow.

SHREVEPORT, La – If you are looking for a wide open area with plenty of parking to watch the KTBS 3 Freedom Fest Finale, you might want to consider the State Fairgrounds in Shreveport. The Fairgrounds is one of eight locations spread across the ArkLaTex that will feature firework displays as…

Can you name a U.S. Senator?

SHREVEPORT, La. - As we get ready to celebrate the birth of our country, we're also looking at some of the ways that make it great, like it's people.

Rick Rowe is highlighting the Shreveport Symphony and what they have to do to overcome Covid-19 while still putting on a show.

SHREVEPORT, La. - More typical hot weather is expected for the long holiday weekend in the ArkLaTex and for the KTBS 3 Freedom Fest Finale, featuring a live fireworks show in eight locations. Look for a daily chance of isolated showers with heat index values above 100 degrees.

What is the highest court that can change federal law?

SHREVEPORT, La. - As we get ready to celebrate the birth of our country, we're also looking at some of the ways that make it great, like it's people.

SHREVEPORT, La - The KTBS 3 Freedom Fest Finale is set for this Saturday evening, and this year will be bigger than ever.

Rick Rowe has the story of one of our Freedom Fest Finale performers and she is our very own evening anchor Linnea Allen.

SHREVEPORT, La. - The fireworks show Saturday night for the KTBS 3 Freedom Fest Finale will have a captive audience as we celebrate our nation’s independence, but so could our weather as scattered showers and storms remain in the forecast during that time.

BLANCHARD, La - The KTBS 3 Freedom Fest Finale is set for this Saturday evening, and this year will be bigger than ever.

We're all gearing up to the big Freedom Fest Finale.

BLANCHARD, La. - Freedom Fest Fireworks will be on display across the ArkLaTex this upcoming 4th of July. As we celebrate our nation’s independence with fireworks in Blanchard, it looks like the skies may be giving up some scattered showers or storms as a coastal low moves our way from the east.

SHREVEPORT, La. - Last week's soggy weather pattern shifts to a hotter and drier regime this week until the July 4th holiday.  Here is the forecast.

SHREVEPORT, La. - As we move closer to our nation's birthday, we've brought you messages of faith, hope, and patriotism from ministers all across the ArkLaTex.

Can you name a branch of the government?

SHREVEPORT, La. - For more than 200 years America has been welcoming new faces and citizens to our country.

Now that the snow and ice are melting, what are your thoughts?