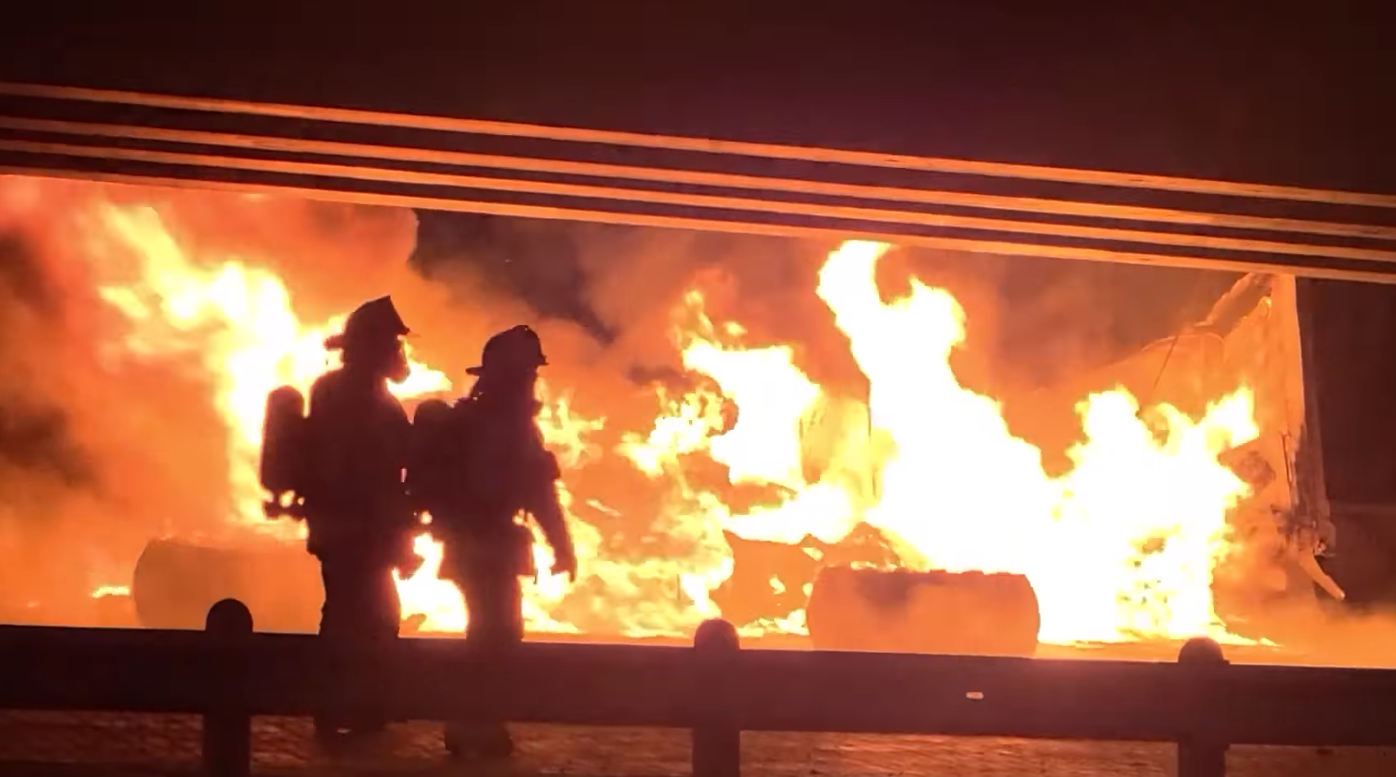 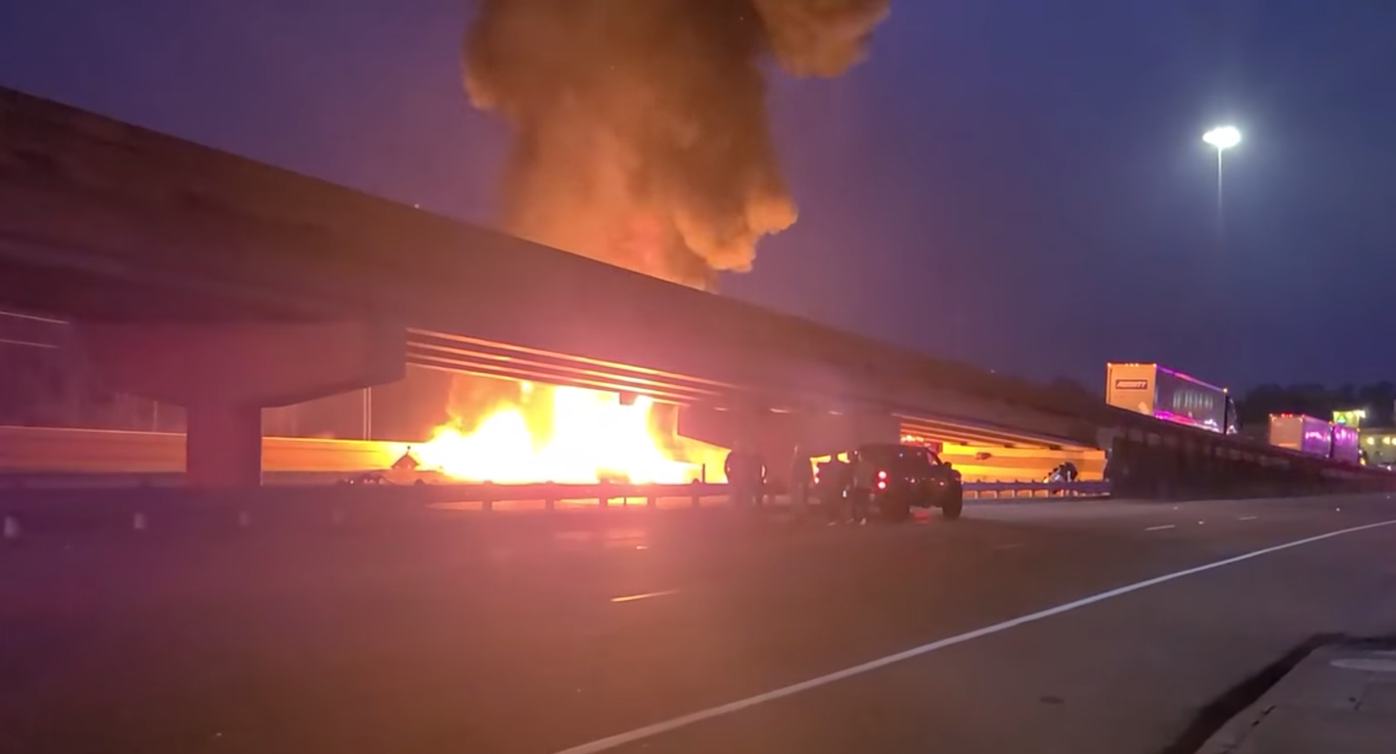 LUFKIN, Tx (CBS19) — In Lufkin, The northbound side of U.S. 59 closed from Whitehouse Drive to South Medford Drive on Saturday morning as workers cleared the scene of an accident involving an 18-wheeler that caught fire.

The accident happened around 6 a.m. when the 18-wheeler driver had a head-on collision with a concrete barrier leading to the U.S. 59 flyover. It is still unclear what caused him to hit the barrier. He was hauling two trailers that were carrying tractor tires.

A passerby stopped and pulled the driver to safety before the truck became completely engulfed in flames.

Lufkin Fire quickly arrived on the scene, extinguished the blaze and transported the man to a local hospital. His injuries are not believed to be life-threatening.

The northbound feeder is being used to divert traffic. Lufkin city officials expect it to take four to five hours to clear the accident scene.

Officials are warning of major backups and delays as the day continues.

The crash remains under investigation.