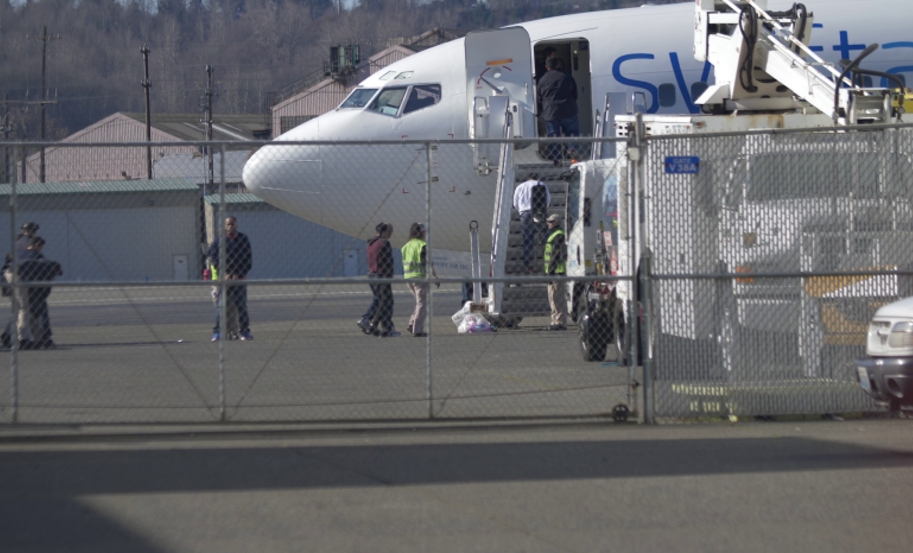 (Photo by University of Washington Center for Human Rights) 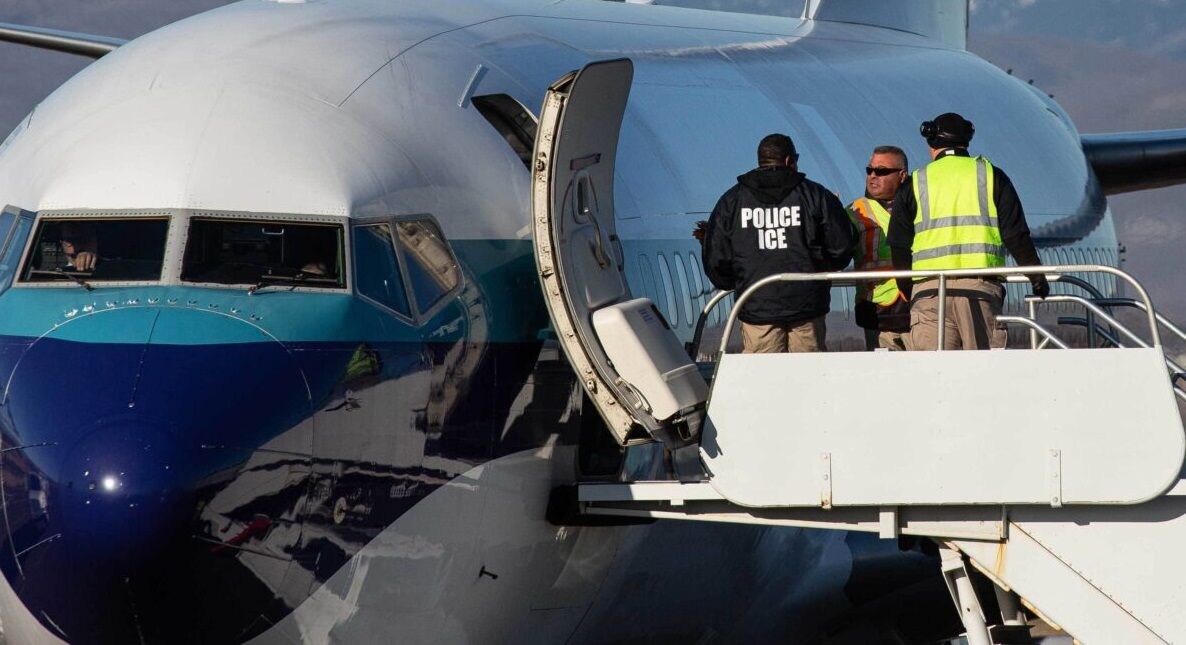 But KTBS-3 News has learned that many of the aircraft landing and taking off here are bringing something different than just tourists, or business travelers.

About four flights per day are charters, subcontracting for Immigration and Customs Enforcement or ICE.

These flights are operated by Swiftair. The passengers coming in are immigrant detainees, according to ICE.

KTBS-3 News spent several hours at the airport this week, observing the facility and tracking flights with the help of the software, FlightAware.

The building where the detainees arrive at the airport is called the Alexandria Staging Facility.  It's hard to get close to.

There are signs warning those approaching to stay out. The facility is run by a private corporation called the Geo Group, a private prison firm, and another contractor for ICE. The facility’s website says it has the capacity of 400 beds.

So, what happens to the immigrant detainees here? And where do they go once they arrive? There are some powerful people who would like to know.

U.S. Sen. Bill Cassidy, R-La., was able to shed some light on the facility and its purpose.

“This is where people are brought before they are sent home,” Cassidy said. He added that he's previously toured the facility. He believes it to be a point of exit where immigrant detainees are flown out of the country.

“It is a collection point from across a region of the nation in which people are screened and then they are deported. Now that's from four or five years ago that I learned that. I have not heard anything differently since,” Cassidy said.

In fact, a check of departure records this week showed two Swiftair flights leaving Alexandria; one to Jamaica, the other to Honduras.

KTBS-3 News sent ICE a long list of questions about the Alexandria facility earlier this week, trying to determine who exactly is coming in on these flights, how long they are staying in Louisiana, where the detainees are heading, and related costs.

Additionally, KTBS requested an interview with an ICE official on the subject. The request for an interview was immediately denied. Two days after the initial request to answer questions, ICE sent a statement saying in part:

"The Alexandria Staging Facility is a state-of-the-art detention and removal staging facility operated by The GEO Group ... The facility serves as a 72-hour staging facility to transfer and remove individuals from the U.S. to their country of origin …  To preserve operational security, ICE cannot release information on pending removal flights."

None of the questions KTBS submitted were answered.

Johnson remains skeptical, especially after ICE’s quiet release of roughly 80 Haitian immigrants in the heart of Shreveport two weeks ago.

“We found out that at least 50,000 of these migrants have been released into the country without even being given notice of a court date,” Johnson said.  He added that it’s the first time in U.S. history that's ever happened.

As for COVID-19 concerns, Cassidy said that ICE's director has assured him that everyone released is screened and is negative for COVID-19, but is not necessarily vaccinated.