The lawmakers sent a letter Wednesday to the LSU Board of Supervisors, the body that will ultimately decide what happens with Ghali’s contract.

Ghali has served as chancellor of the medical school since 2016. His contract expires at the end of the year and so far, it has not been renewed.

The Board of Supervisors has a meeting scheduled Friday. As of Wednesday afternoon, the agenda for that meeting has not been made public. While many expect Ghali’s contract to be on the agenda, there has been speculation among those with knowledge of the matter as to whether Ghali will get to remain in his role.

3 Investigates has reported on why some are worried about Ghali’s future as chancellor.

The letter goes on to list Ghali’s accomplishments as chancellor. Those include his recruitment of new deans and department heads, his role in creating the partnership with Ochsner Health System, donations he helped secure to build a $60 million expansion to the medical school and stabilizing the institution’s shaky finances.

Tarver said earlier this month that he had reservations about getting too heavily involved in the matter before ultimately deciding to draft the letter.

“Seems like every time we get involved in things, as politicians, people get afraid and people take the wrong attitude about it. And we only want what’s best for people that we serve,” Tarver said. 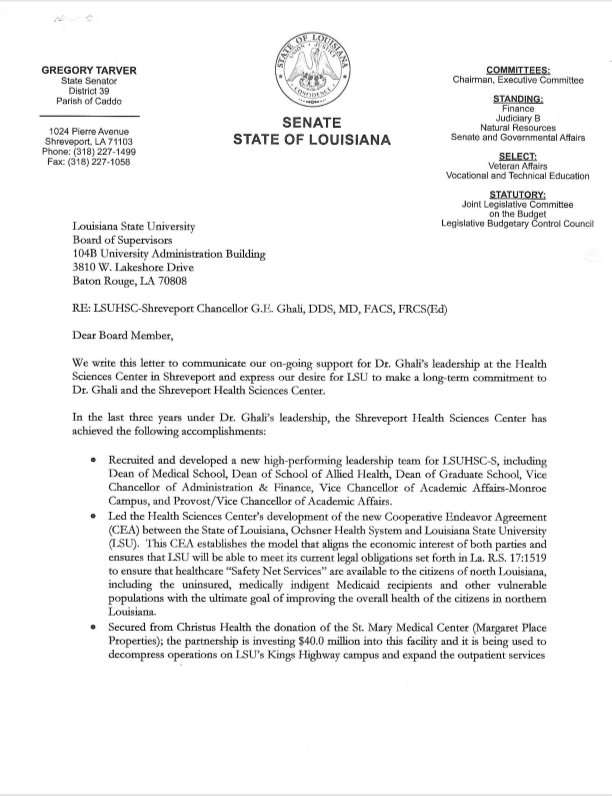 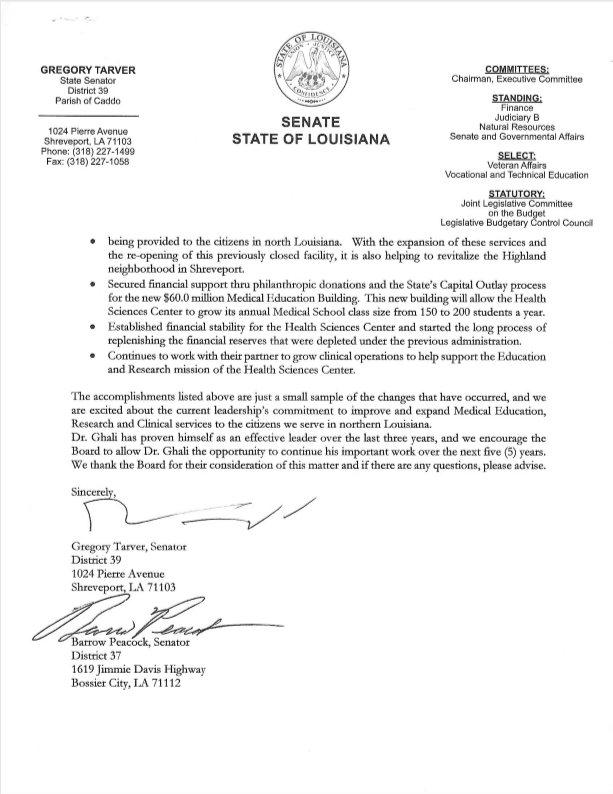