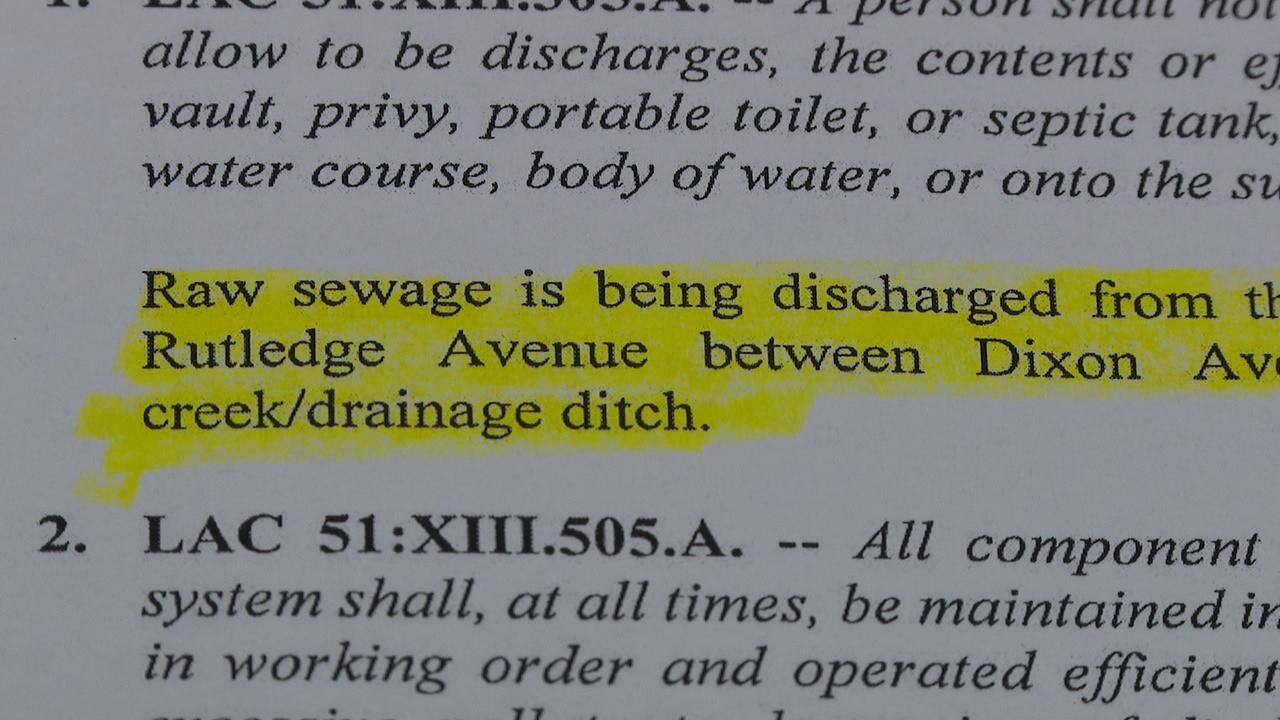 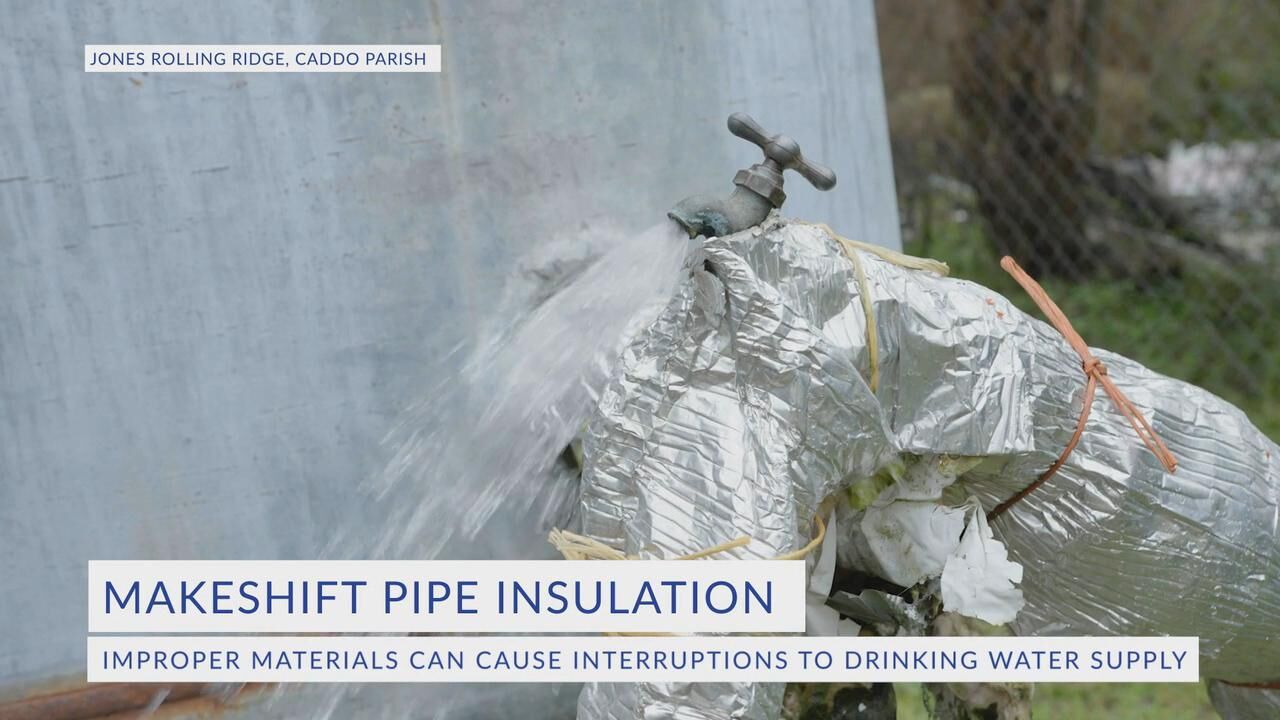 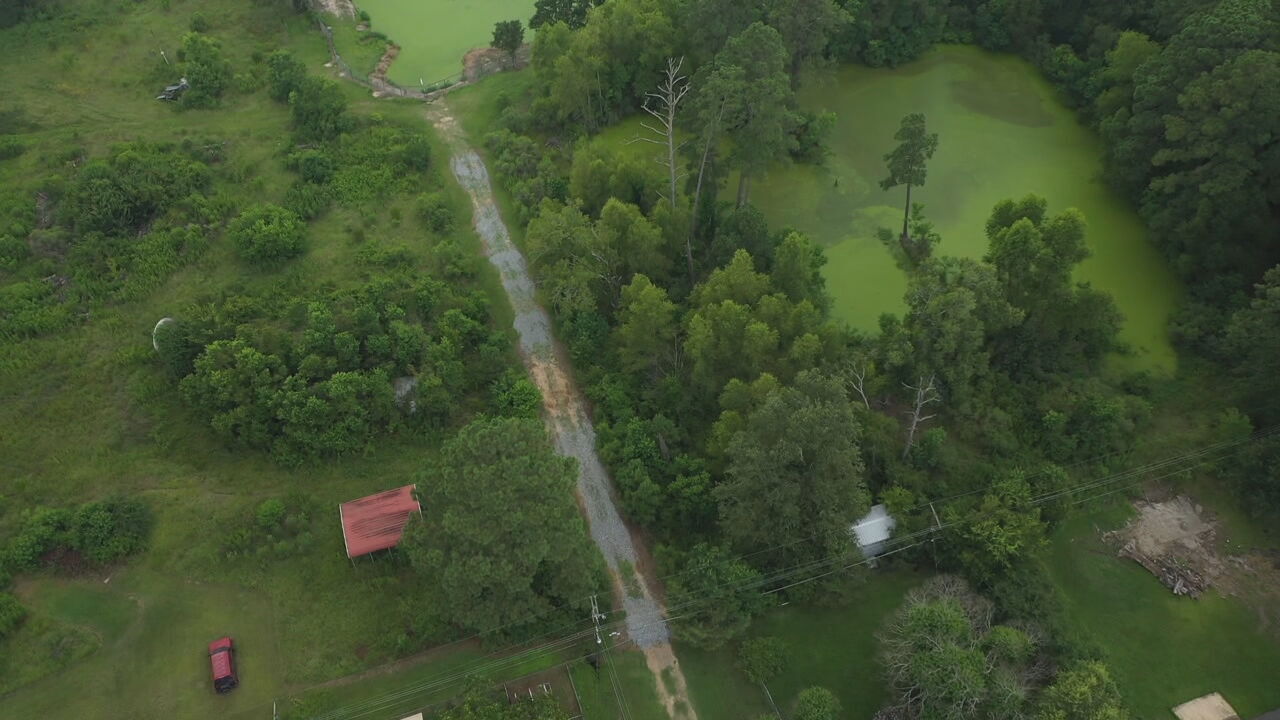 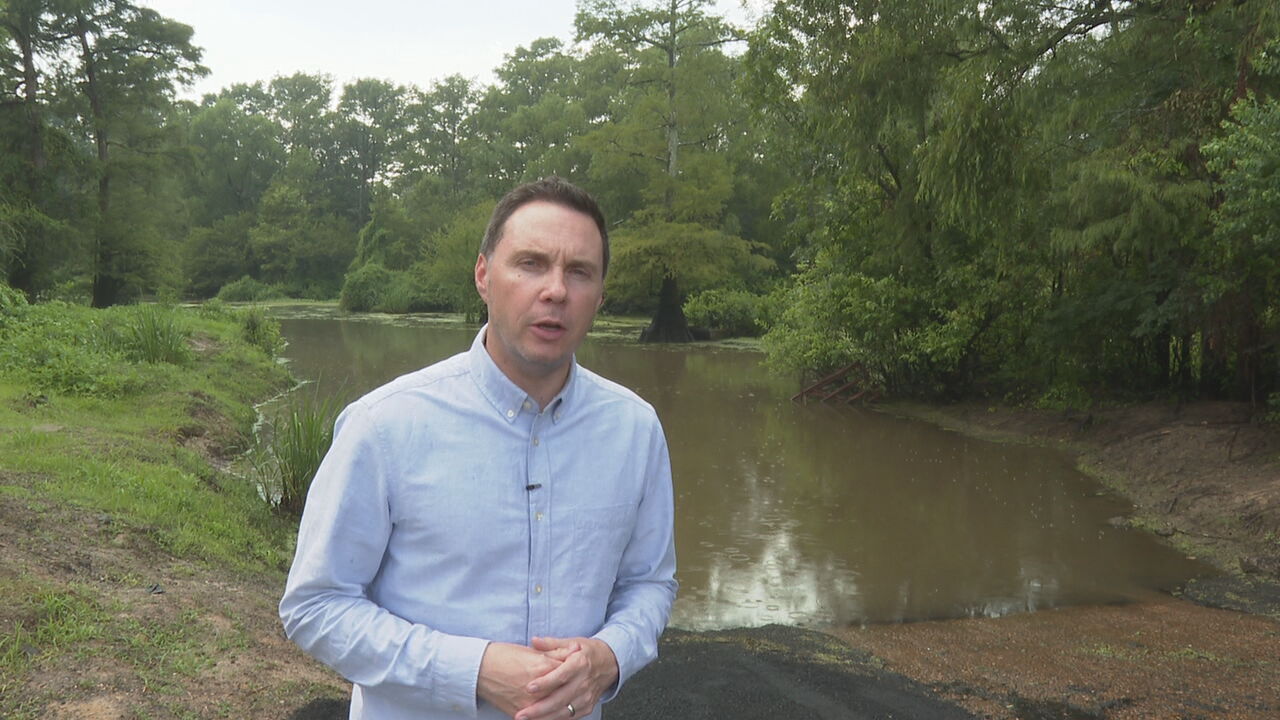 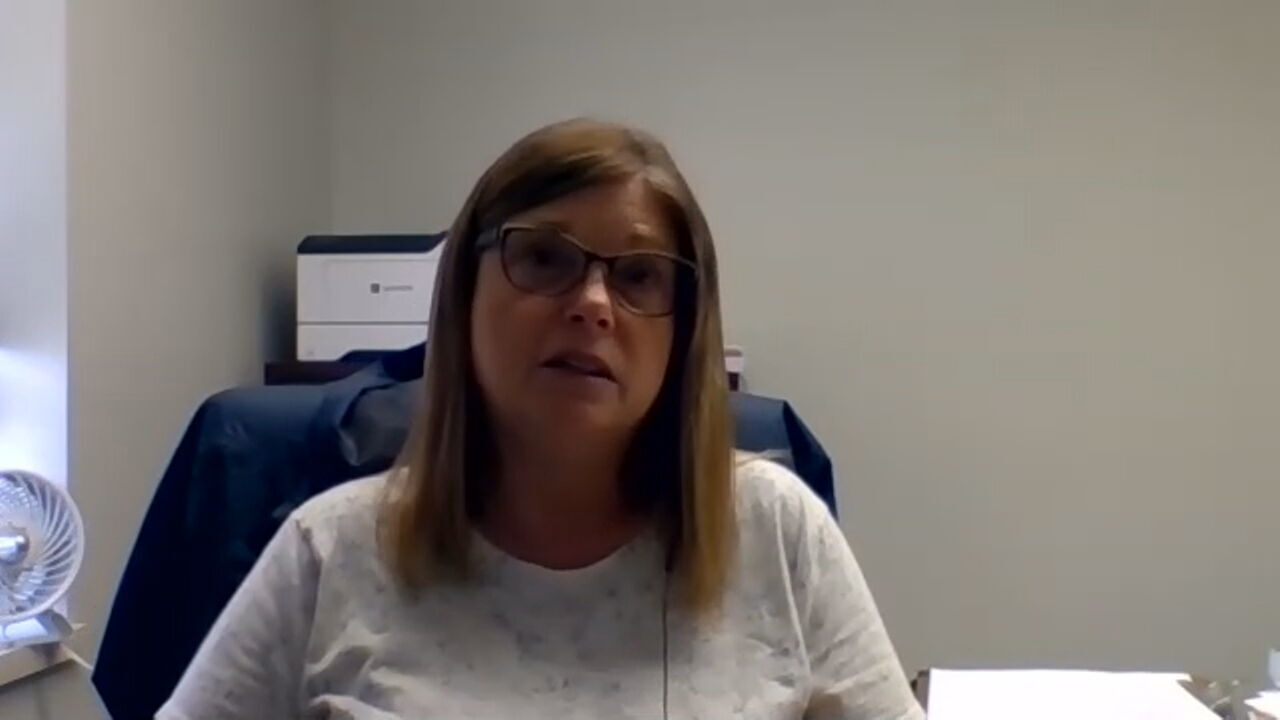 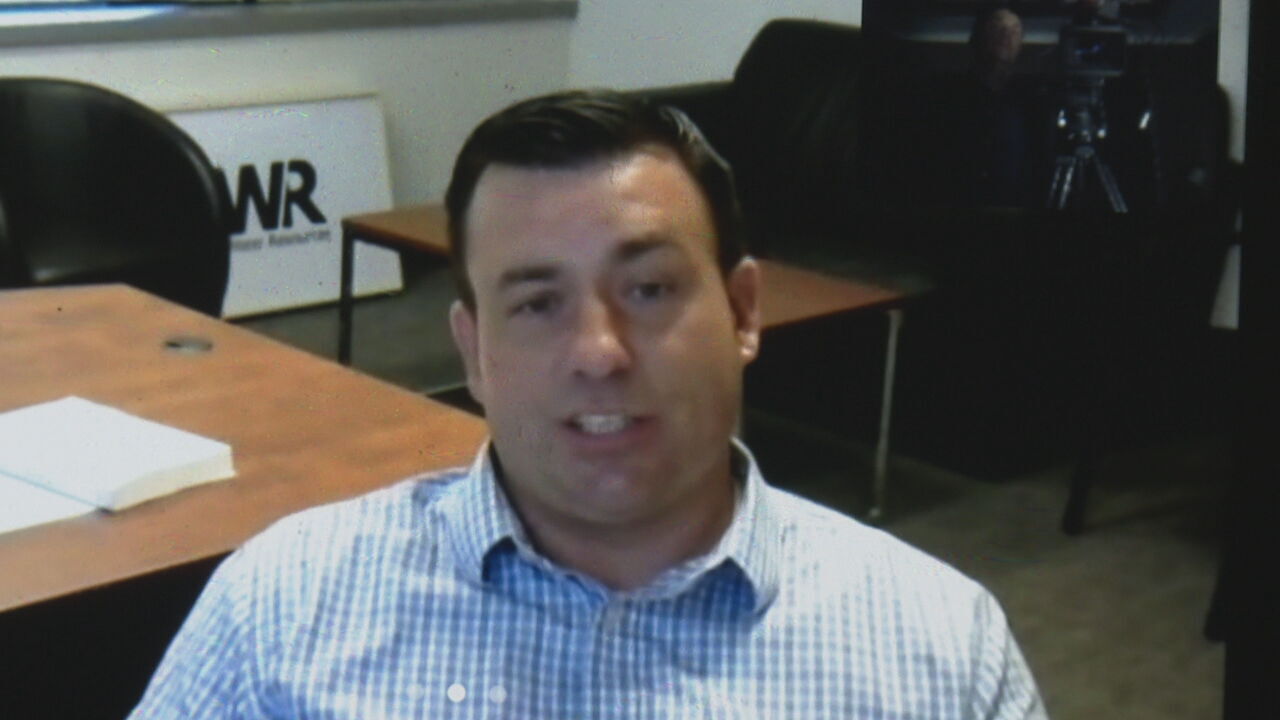 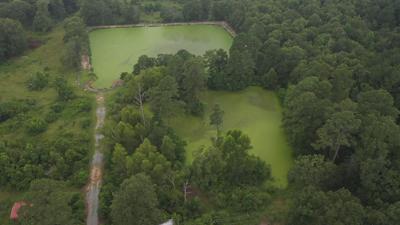 SHREVEPORT, La - KTBS has chronicled the many problems and issues for the City of Shreveport's water and sewerage systems over the years. But the city's systems are far from the only ones that have been deteriorating for years and creating a public health risk.

"Out in the country that's all they're going to have," said Ed, a resident of the Wildwood South subdivision.

The subdivision uses an oxidation pond or a lagoon, but it's not out in the country. It's just off of Linwood Road in south Caddo Parish. An oxidation pond is for treating a neighborhood's wastewater through the interaction of sunlight, bacteria and algae. So essentially when people in this neighborhood go to the bathroom it ends up in this pond down the street.

This one, called the Wildwood South Facility, is about 100 yards behind Ed's house. He's lived here since 1969.

"Don White and Jerry Taylor owned it and we had good service out of them. We never had any problems with it," said Ed.

But problems are abundant when checking the Environmental Protection Agency's enforcement and compliance history and the Louisiana Department of Health. In 2017, the owner, Jerry Taylor, the third was issued an emergency compliance order and a declaration of emergency because of "serious and imminent danger to public health."

Why? Raw sewage was on the ground and or flowing into a creek or drainage ditch. There was no chlorine disinfection for what was being discharged from the pond, and that's just two of the seven violations cited in the emergency compliance order.

Two years later, in 2019, Wildwood South was fined over $21,000 for not taking corrective actions. In December and March, significant non-compliance involving fecal matter and solid waste suspended in the pond.

"Those penalties continue to accrue and that's where we're at, at this point," said Barbara Featherston with the LDH engineering services.

The process is supposed to remove bacteria and have the solid waste degrade and fall to the bottom of the pond, but if it's not working properly there's a problem.

In this case, the pond feeds into a bayou, which eventually ends up in a place you may have fished before called Wallace Lake.

"We have not received any additional complaints or concerns about that system so we have not been back out on site. So, I can't really speak to what the new company has or hasn't done," said Featherston.

The new company she's referring to is Magnolia Water Utility out of St. Louis, Mo. It bought the Wildwood facility in July 2020.

"When we bought that system, I don't think the owners even knew a lift system existed. We had to go find that thing buried under the leaves and it was actually surcharging into a ditch there on the side of the road. There was untreated sewage going into that ditch. No disinfection was installed. The berms had structural integrity issues," said Josiah Cox, Magnolia Water Utility president.

Cox says they have addressed all of those issues.

"We just got a construction permit from the Louisiana Department of Environmental Quality to do a moving bed bioreactor, a tertiary filter on the back of that lagoon, so we're able to treat for nutrient requirements in the receiving water body," said Cox.

That's a similar story of disrepair and ongoing fixes for multiple other water and wastewater systems that Magnolia acquired in north Louisiana in 2020.

Those include Evangeline Oaks Water in Bossier, Jones Rolling Ridge Utility in Shreveport, Old Oaks Sewer in Haughton, Suburban Water Company in Shreveport and one in Ruston.

"A lot of times these ponds are out of sight out of mind, people don't even know what they are. So, unless it smells or they have other concerns then we are usually not apprised of issues with those systems," said Featherston

"There's tons of small water and wastewater systems all over the United States that are in varying levels of distress. The water infrastructure crisis isn't looming, it's already here," said Cox

Cox also said these oxidation ponds are rarely built anymore and over the next five years he believes they will no longer be permitted by the governing agencies except in rare or special circumstances.