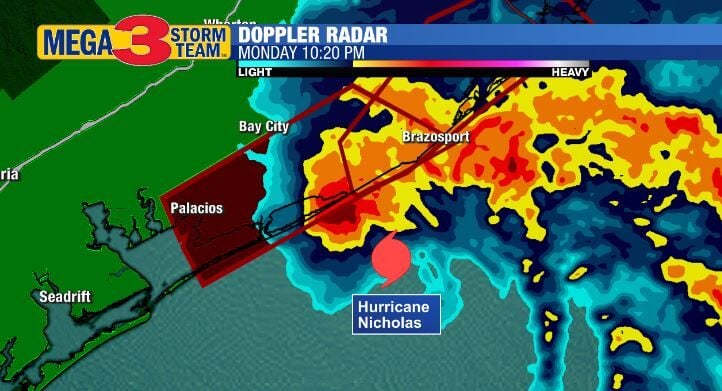 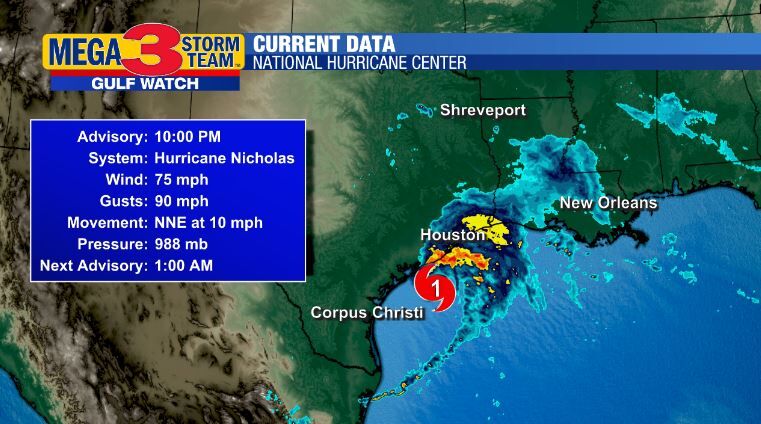 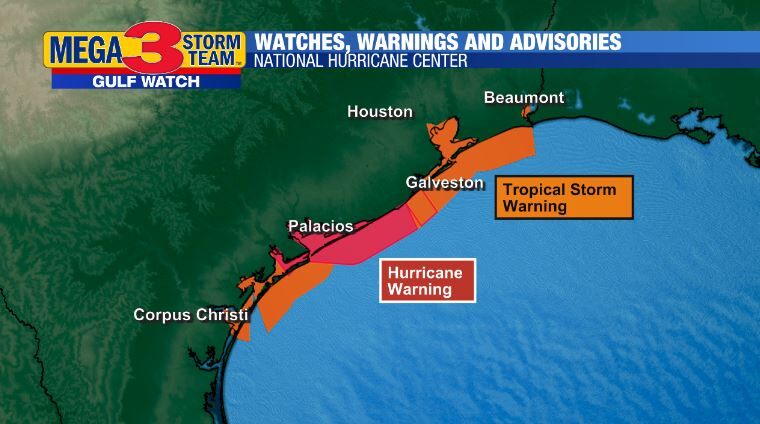 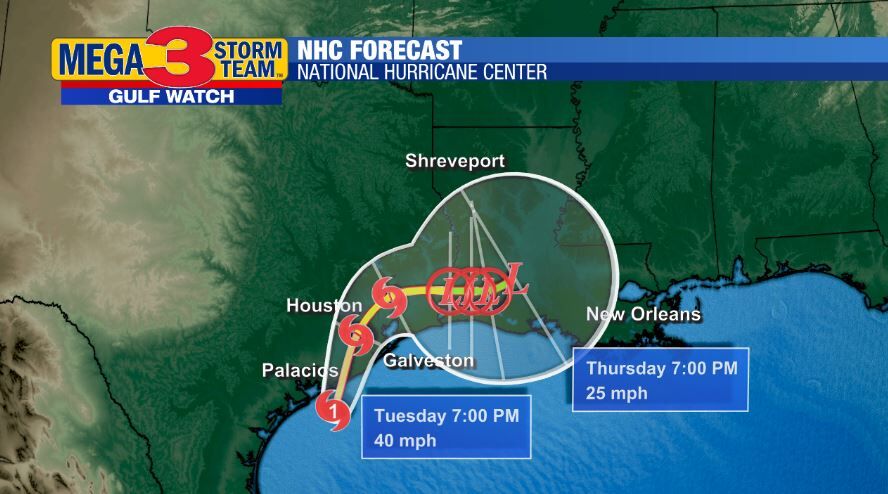 Radar imagery from southeast Texas showed newly formed Hurricane Nicholas approaching the coastline near Brazosport, Texas.  The ragged looking storm only had a half eye wall on the north side.  This is where the strongest winds were measured by NOAA aircraft.

The 10 p.m. advisory from the National Hurricane Center had the storm as a Category 1 Hurricane with 75 mph winds.  Movement was northeast at 10 mph.

Hurricane Warnings are in effect for the middle Texas coast as 74 mph winds or stronger are expected overnight.

The forecast has the storm hugging the coast for the next 5 days as it weakens to a remnant low.  The white shading shows the uncertainty in this outlook.

Follow Nicholas and the rest of the tropics with the KTBS 3 Hurricane Tracker.