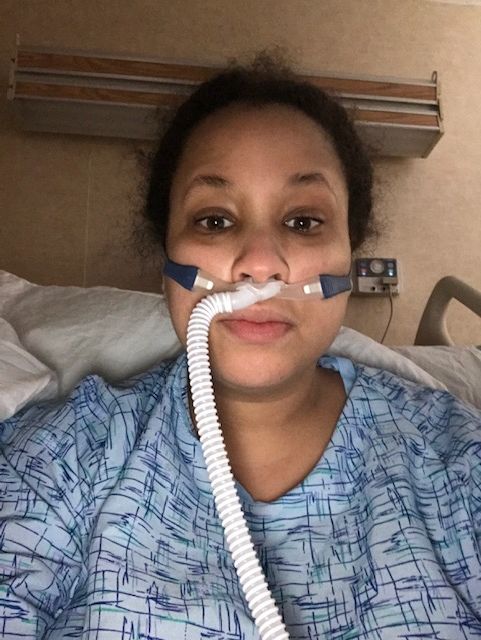 SHREVEPORT, La. - There's a glimpse of hope in the fight against COVID-19. Two patients at Willis-Knighton Medical Center received convalescent plasma therapy and they say it works.

They were selected for the clinical trial because they were in respiratory failure and could not breathe on their own.

That is the base criteria for anyone asked to participate in the trial.

Two recovering patients, who work in health care, took parish in the plasma therapy. One is a paramedic, the other a nurse.

Michael Penix, 57, is back home in Choudrant, east of Ruston. The paramedic thinks he was infected while transporting a COVID-19 patient. “I took all the steps. Somewhere I must have missed one, I don’t know,” he said.

Used to saving others’ lives, this time Penix needed urgent care. “Initially, I was given hydroxychloroquine, I did a full round of it,” he said.

But it wasn’t until he received convalescent blood plasma that he noticed his body respond. “That was sometime Sunday night, by Monday afternoon, I could already tell the difference,” he said.

The attack on his lungs was over. “My breathing rate was down, the fever went away within 12 hours,” recalled Penix.

Two days later, a nurse admitted to Willis-Knighton at about the same time as Penix was crashing. “I was going into respiratory failure,” recalls Christian Yancy.

The 35-year-old registered nurse knew she had COVID pneumonia, but she and her doctors thought she was improving. The virus had a different plan. “The coronavirus had begun to attack my lungs,” Yancy said.

As a nurse, she did what she could to help herself. She laid on her belly in the prone position. “I think I spent like two days in the proning position most of the time because I was determined to fight,” she said.

An infectious disease doctor asked if she would be willing to try convalescent blood plasma therapy. Yancy replied, “I told him that I really wanted to try it because I needed something to help save my life.”

She was given one liter of convalescent plasma and 24-hours later, “The next day I felt something change in me, I wasn’t short of breath anymore.” Two days later she received her discharge papers.

Yancy and Penix are two of about 35 Willis-Knighton patients to participate in the trial so far.

“Our goal is to use this therapy for all patients who qualify for it,” Dr. Joseph Bocchini, an infectious disease specialist at Willis-Knighton said.

The criteria set by the Mayo Clinic and the Federal Drug Administration (FDA) is the patient must be hospitalized, have COVID-19 pneumonia, need supplemental oxygen, or have respiratory failure.

The trial will help determine if those who get the plasma do better than those who don’t and why.

“So, when we are using convalescent plasma, we are using it in combination with other therapies,” Bocchini said.

The number of COVID-19 patients who receive the treatment largely depends on availability of donors.

LifeShare Blood Center preps and distributes the plasma to hospitals within 48 hours. Ben Prijetel, LifeShare Senior Director of Operations said, “it (blood plasma) has to be tested and we do all of that here at LifeShare.”

For Yancy and Penix, receiving donated plasma helped speed their recovery so that they can return to the front line.

“There is no question in my mind that that is what made the difference,” Penix said.

Bocchini said it is still early in the trial and participants like Yancy and Penix are monitored for 30 days after receiving treatment.

Christus Health and Ochsner LSU Health Shreveport are also participating in the trial.

Those who have recovered from COVID-19 more than two weeks ago are encouraged to contact LifeShare to donate plasma.