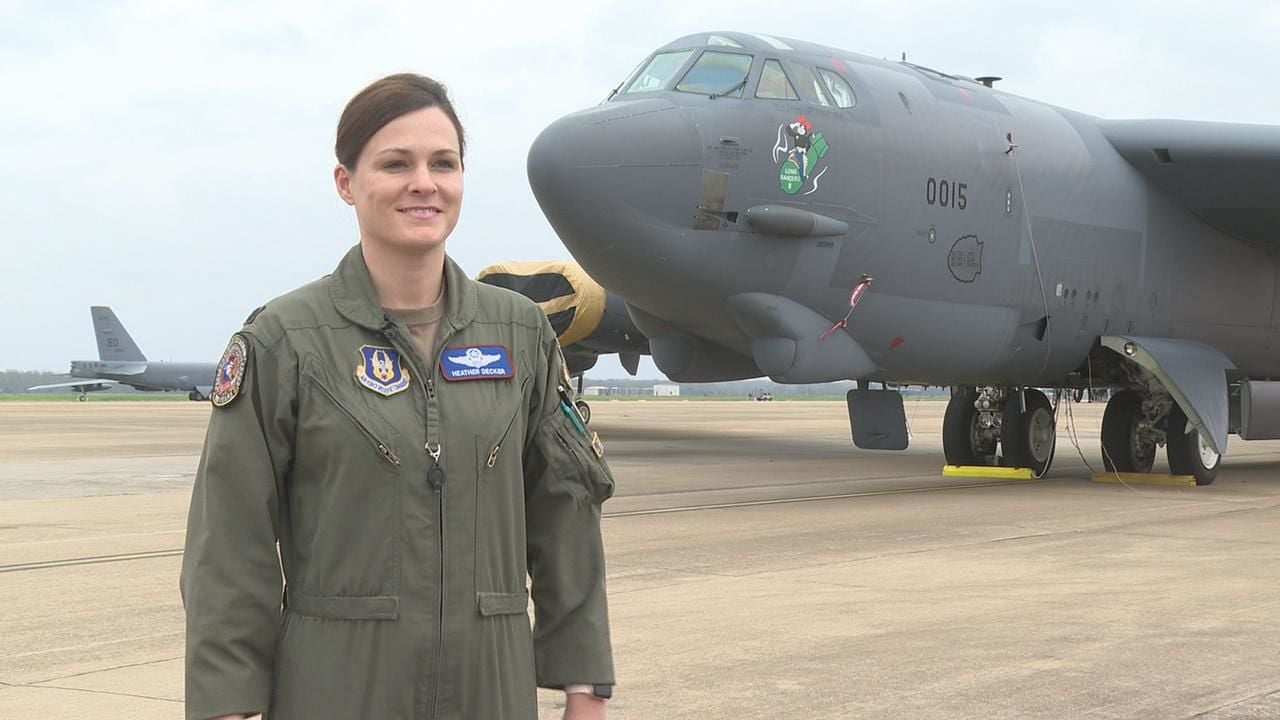 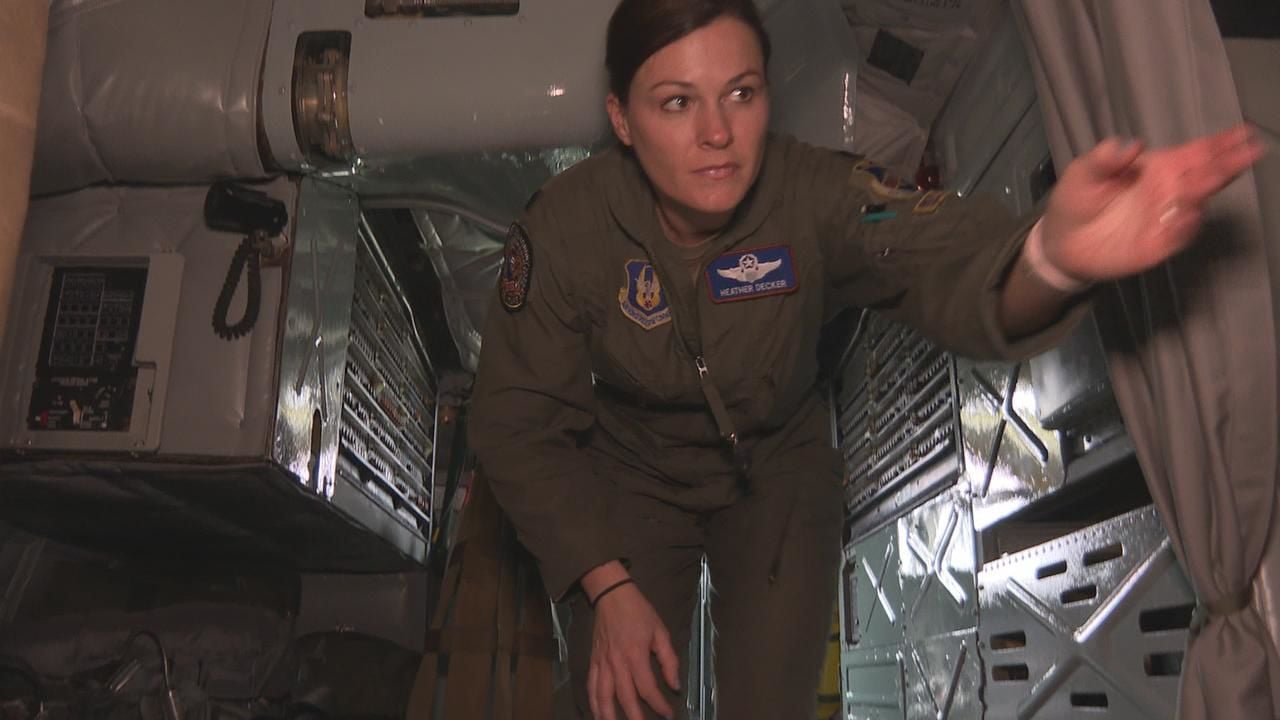 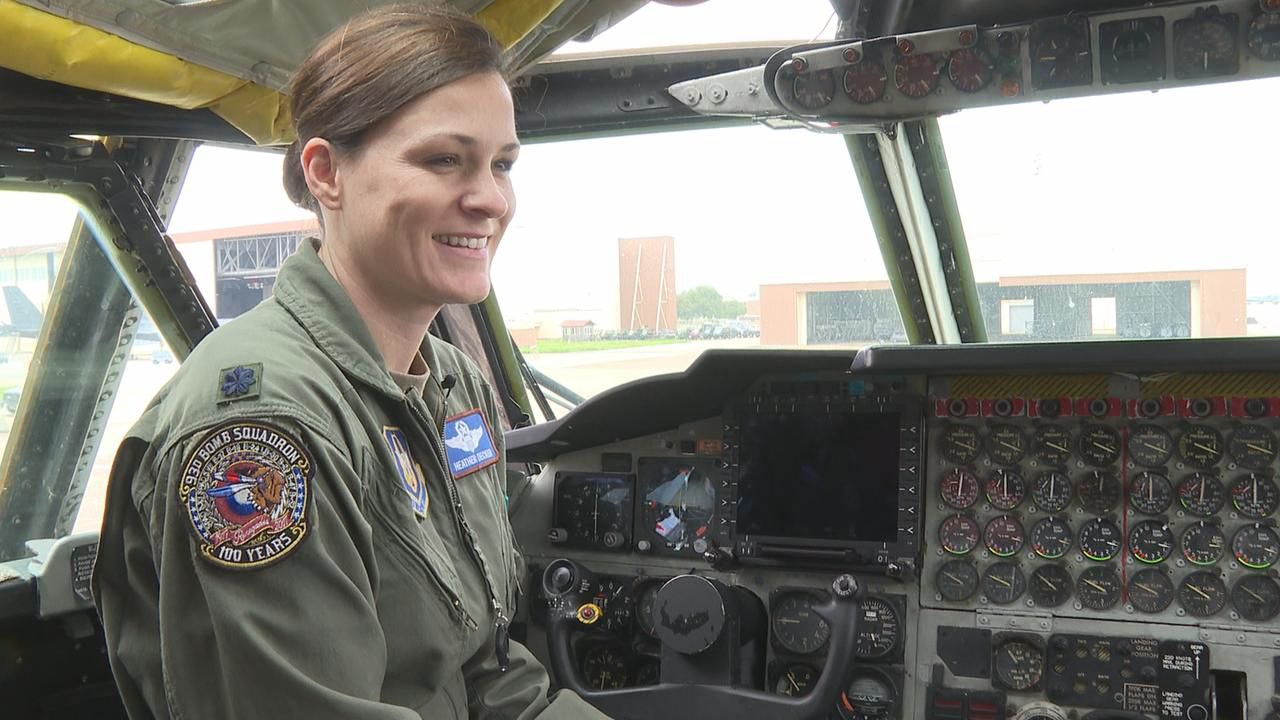 BOSSIER CITY, La. -- When we think about a military pilot, the movie Top Gun may cross your mind.

But Lt. Col Heather Decker has been the star in her own movie since 2001. She became the very first female B-52 pilot to join the reserves with the 307th Bomb Wing on Barksdale Air Force Base.

“It’s just as easy for a woman to fly as it is for men,” said Decker.

She has two siblings but she was the only one who joined the military.

“I come from a long list of pilots in my family. I’m a third generation bomber pilot so I guess it kind of runs in my blood,” added Decker.

Her dad was also an Air Force pilot. He flew B-52s and A-10s, and her grandfather flew B-57s and helicopters in Vietnam.

While in college, she felt the need for speed.

“I decided to try it and went on a few flights and I was hooked, I decided that’s what I wanted to do forever,” she said.

During training, Decker says the hardest part was the 12 hour days and being the only female.

“At first it might have been a little difficult being the only female until I figured out that we are treated the same,” said Decker.

And when she joined the 93rd Bomb Squadron, she feared the age gap between her and her fellow colleagues was going to be an issue. But once you climb into the cockpit, age, race and gender goes out the window.

“I got a lot of big brothers out of the situation and I looked up to them and learned a lot from them and now I hope I can do the same for the young females that are coming in,” said the pilot.

For the past 17 years, the B-52’s cockpit has been Decker’s office. Although she recognizes she is just one of the few female B-52 pilots, she says she does not feel any different from the guys. She’s just part of the Air Force’s family.

Besides being a pilot, Decker is a wife and a mother of two, Landon and Isabella.

“It takes a lot of work on a family shared calendar between my husband and I. Basically, everything has to be on that calendar or it’s not going to happen,” she said.

Her husband is also a pilot working for FedEx. So their son is already getting ready for his wings.

“My son thinks that he has to be a pilot since everyone else is a pilot in the family,” Decker said.

Although both parents are pilots, mom will always be the rock star in the family.

“My son tells me every day, ‘You have the coolest mom job. My friends think it’s so cool that you fly.’ So they're very proud," Decker said.

And to the women out there who are considering becoming a pilot, Decker has this message: “It’s an awesome experience and you get paid to do it so why wouldn’t you want to do it."

According to the U.S. Census Bureau, women make up almost 51 percent of the nation's population. Women currently make up 19 percent of the Air Force, the highest percentage of any service.

To join the reserves or to learn more about the 307th Bomb Wing, visit the U.S. Air Force.