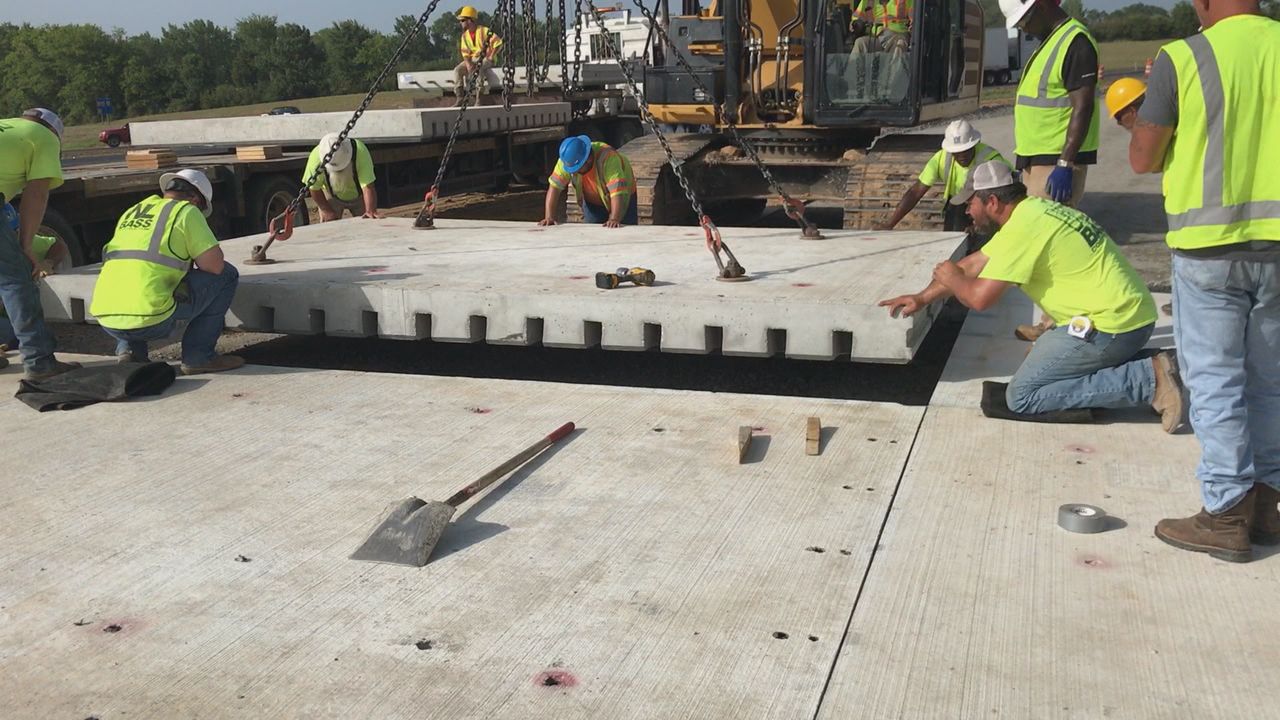 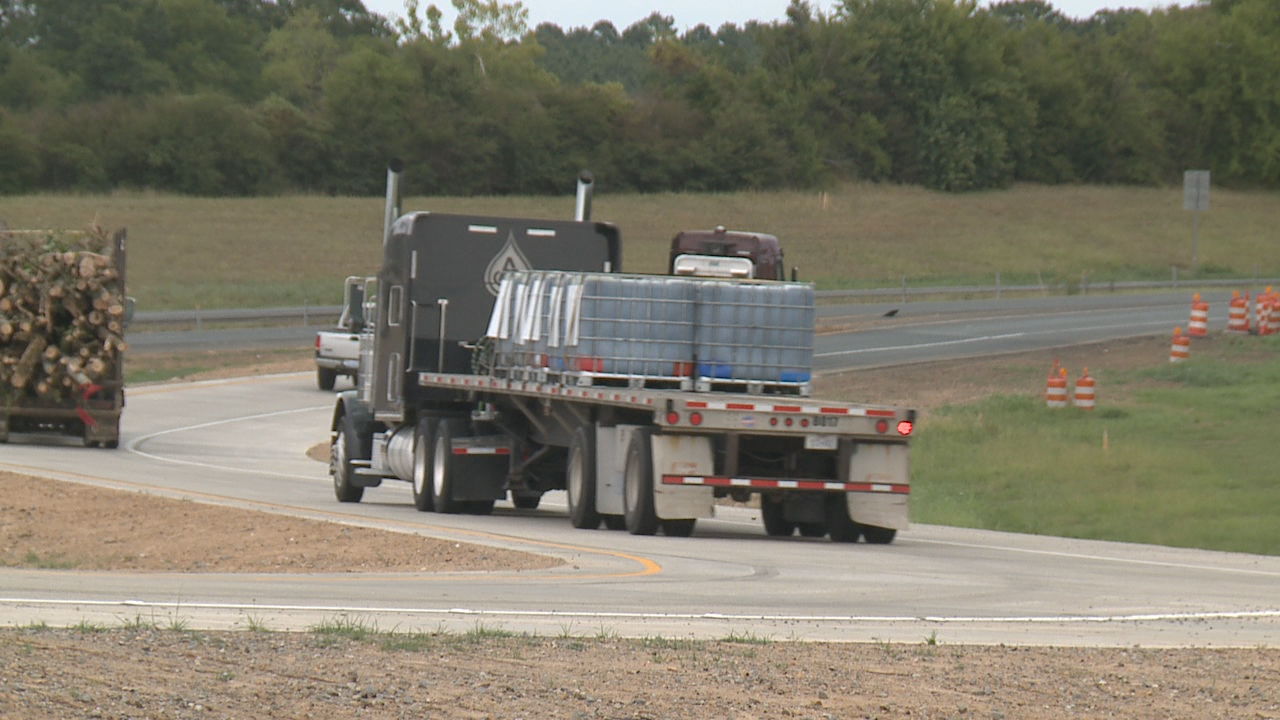 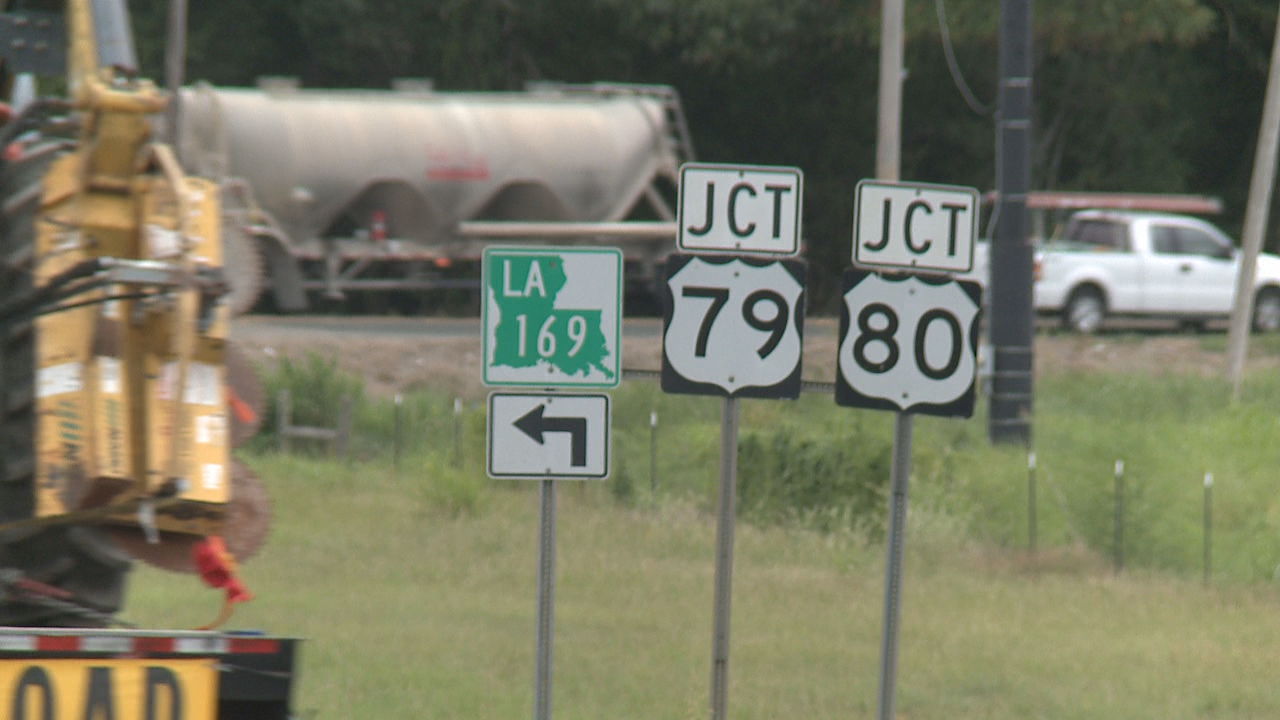 Precast reinforced concrete. You may have never heard of it before, but you could be driving over it very soon if you use a specific Interstate 20 on ramp in the ArkLaTex.

"This is important because this is the first time we've done a project like this with the precast panels in the state of Louisiana. So we're forging new territory for this type of project," said Erin Buchanan, Louisiana Department of Transportation and Development spokeswoman.

The test area is the on-ramp to Interstate 20 heading eastbound right next to where U.S. Highway 79, U.S. Highway 80 and state Highway 169 intersect in Greenwood.

"So we ultimately replaced about 269 panels, concrete panels as part of this project about 1,200 feet of ramp," Buchanan said.

It's very different from anything ever done in Louisiana before. Fully formed reinforced panels were installed and are ready to be driven on just as soon as they hit the dirt.

The ramp only had to be closed four weekends overnight to get the job done. In a traditional repair, it would have been closed for an entire month, seven days a week.

"There's some folks in the Federal Highway Administration that have had an interest in this for years. We've got a concept, we've got an idea. We've investigated it through the feasibility study. Let's try it out. Let's put some precast pavement on the road and let's see how it goes," said engineer David Merritt.

It's not a secret that there are a lot of roads in the ArkLaTex crumble too early. So what makes this specific on-ramp so important in terms of a testing ground for speed of construction and durability?

"The precast panels are really going to be put to the test in this particular location because of the amount of big truck traffic coming through. We're not talking about just passenger vehicles that are causing wear and tear on your roadway. These are a lot of 18-wheelers that are coming through. So in the next year, year and half or so will be able to really tell how this type of project is going to stand up against one of our more traditional projects," said Buchanan.

If this $2.8 million project does stand up well as they expect it to, don't expect large stretches of highways around here to get precast concrete. It's expensive as you can tell by the price tag for about 1,200 feet. Ninety percent of that was federal money. The rest came from the state.

"So realistically, because of the cost of this, if we're going to use this for the state of Louisiana it's going to be in small doses because it is so expensive. It's really something that we could implement on a closure or a repair that needs to be done fairly quickly. So perhaps we can replace of repair a section in a few hours, whereas with another type of process it would take much longer," said Buchanan.

Some of those small doses could be on Interstate 20 through Bossier City. That prospect has a lot of people excited. DOTD says that if I-20 through Bossier City does get some much needed work involving precast concrete in the future it would be for smaller segments because of the expense.

In October, two of the local DOTD engineers are going to Washington D.C. for a panel discussion with engineers from other states who are also trying out the precast concrete process. They will be sharing their ideas and experiences to try and help improve the local highways.