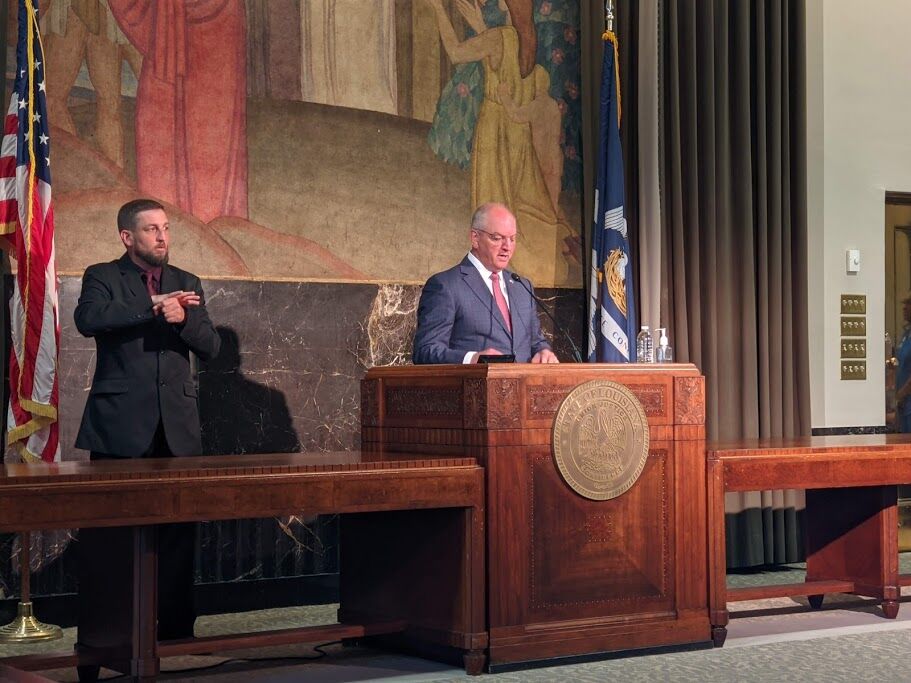 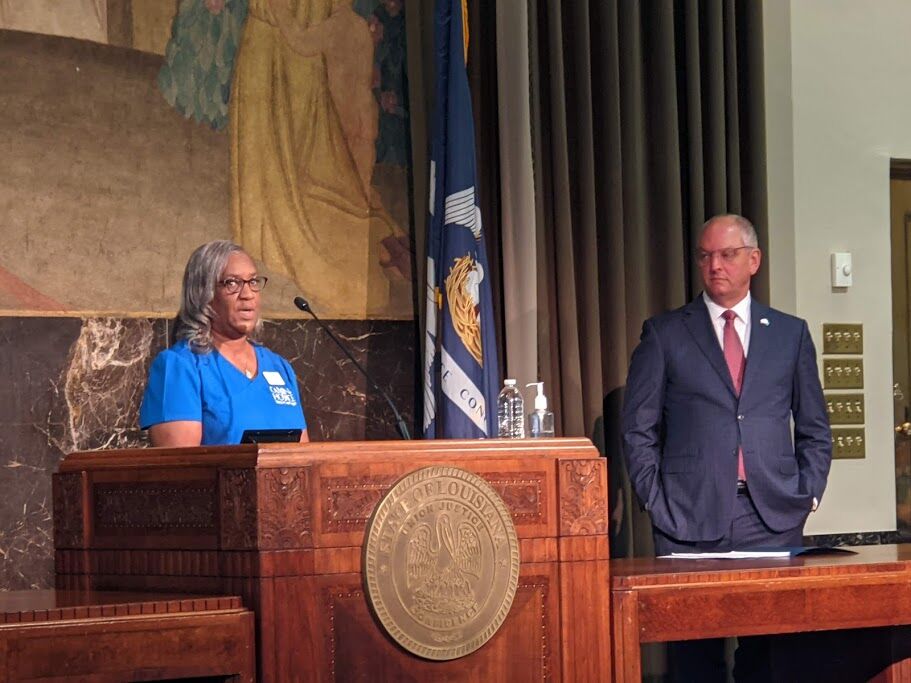 BATON ROUGE, La. — With hurricane season having started Tuesday, Gov. John Bel Edwards urged Louisianans to add a COVID vaccination to their prep list and offered incentives for getting the shot.

In a news briefing at the Capitol Thursday, Edwards debuted his "shot for a shot" campaign that allows citizens to show their vaccination cards at participating establishments for a free drink.

"So please kick off the summer with a refreshing beverage while also supporting our local restaurant and bars," said Edwards.

The offer is good with proof of vaccination taken within the last seven days and lasts through July. Edwards also announced that anyone with a vaccination card has a free day pass to visit the 21 State Parks or 18 Historical Sites until the end of the month.

Dr. Dawn Marcelle of the Louisiana Department of Health announced that the state had 300 new COVID cases and 10 new deaths in the 24 hours through noon Thursday. She said that the state has found variants of the virus from Brazil, United Kingdom and India.

Marcelle also said that out of the more than 3 million people vaccinated in the state, only 23 have died of COVID. The deaths did not occur from an adverse reaction to the vaccination.

"It's unlikely that what I say to people who have chosen not to be vaccinated, it's unlikely to make a big difference," said Edwards. He encouraged citizens to reach out to their health care providers and call the state's hotline.

Edwards invited Carla Brown, a nurse, to speak about her efforts to vaccinate state residents. She has administered 994 vaccination shots and has started a door-to-door campaign to educate people on the importance of the shot, starting with her own story.

"Working as a psych nurse, I brought COVID home," said Brown. "My husband survived cancer, a gunshot wound to the head when he was young, only to succumb to a virus I brought home."

The death of her husband, who died alone due to the hospital's COVID restrictions, fueled her to start the grassroots campaign, the COVID Crusaders.

Edwards also spoke on some of the measures coming out of the Legislative session. A bill is moving closer to his desk that would allow citizens 21 and older to carry concealed handguns without a permit or training. Edwards said he would veto the bill as he favors the current system of background checks and mandatory training.

"A law officer doesn't want to discover that someone with whom they're engaging with has a firearm for the first time while they are actively searching them," said Edwards.

Edwards did say he is "generally supportive of the concept" of making the .45% sales tax permanent. The rate expires in 2025, and several bills are trying to extend the tax to 2031 to pay for road and bridge repairs.

"The devil is always in the details," said Edwards, saying that he will look over the bills once they reach his desk before deciding whether to sign them into law. Edwards called the need for more funding for roads and bridges "critically important." He would like to see the collected money go into the state's general fund.

"I think we waited for the Easter bunny to bring roads and bridges long enough. That's not going to happen," said Edwards.