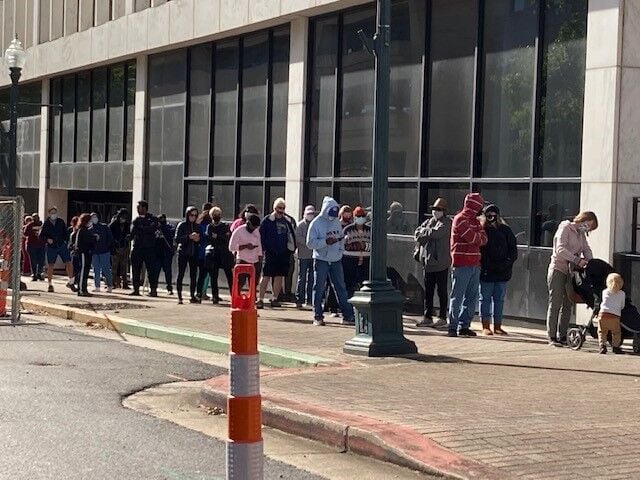 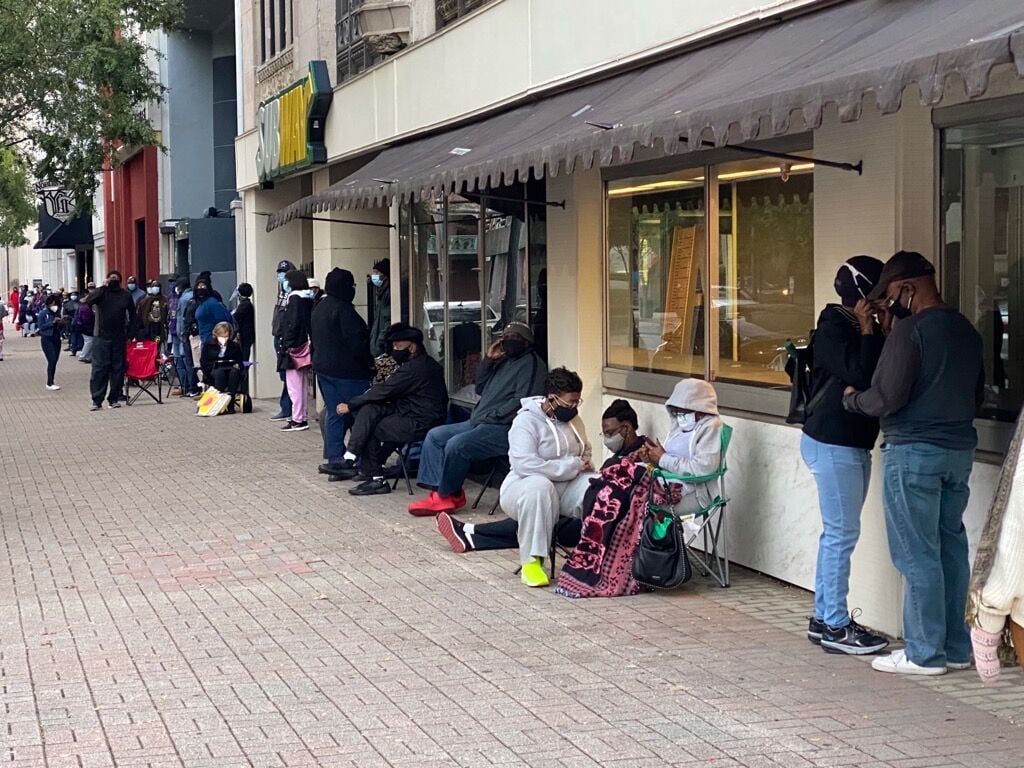 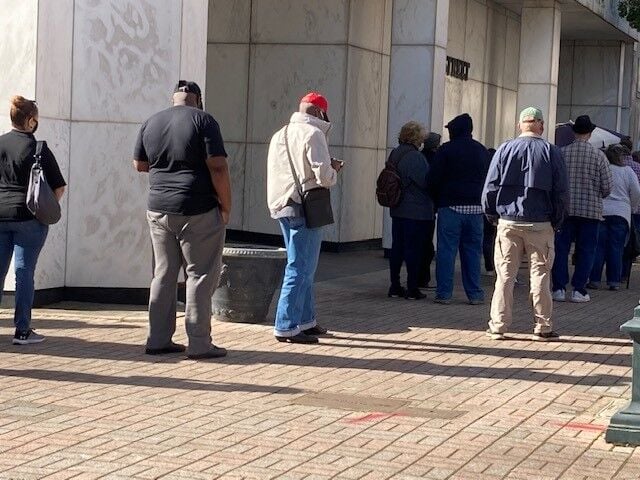 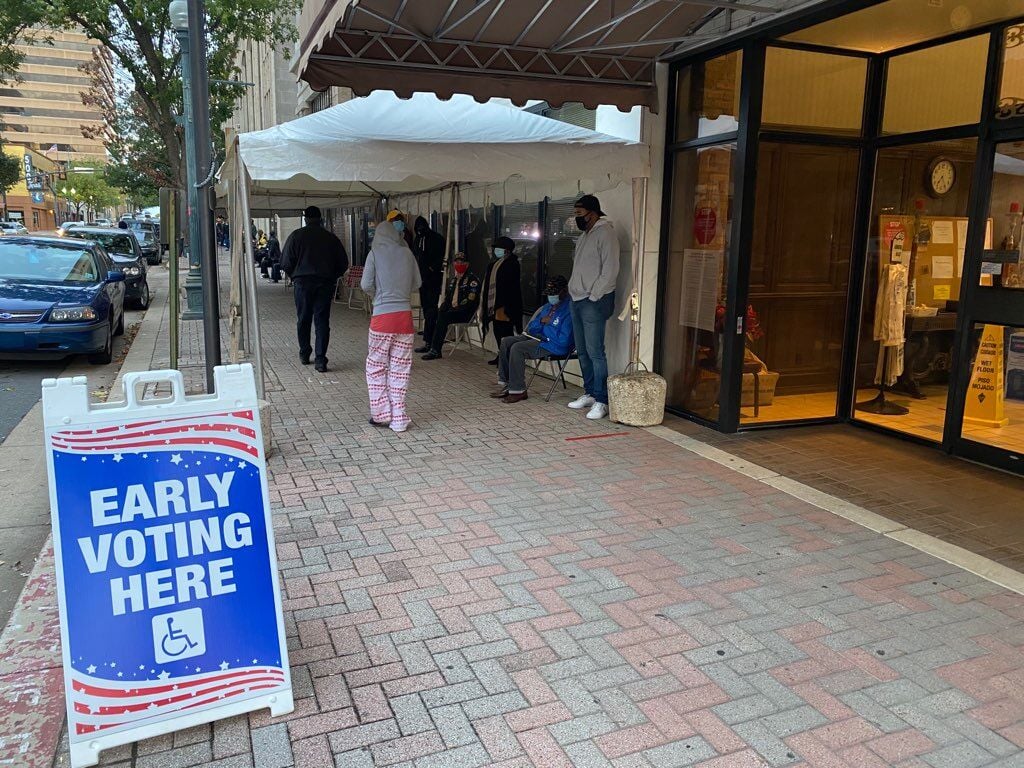 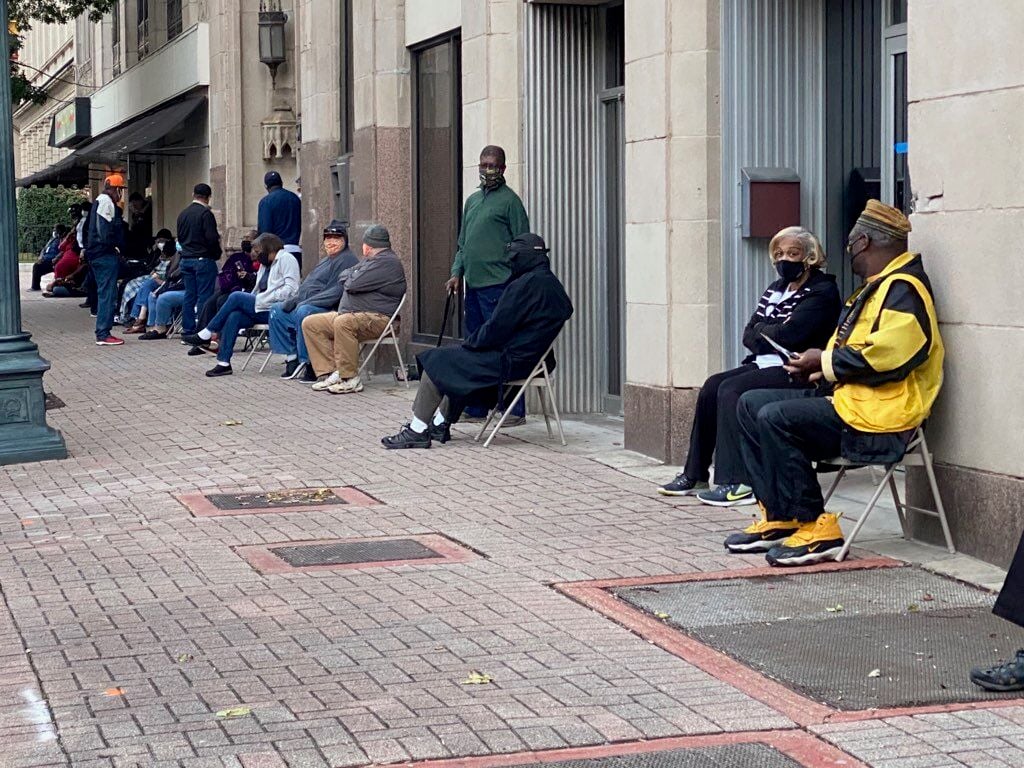 SHREVEPORT, La. - Louisiana’s early voting period for the Nov. 3 presidential and congressional election opened Friday, with a federal judge forcing the state to add a few extra days and longer hours because of the coronavirus pandemic.

In Caddo Parish, there is only one early voting place. You can vote from 8 a.m. until 7 p.m. each day except Sundays through Oct. 27. The location is the Caddo Parish Registrar of Voters Office at 525 Marshall Street in downtown Shreveport. Dozens of voters were lined up early Friday before voting even started. There are two early voting locations in Bossier Parish. They are the Bossier Parish Central Library History Center at 2206 Beckett Street or the registrar's office at the Bossier Parish Courthouse in Benton.

The secretary of state’s office has a complete list of early voting sites online or through its GeauxVote mobile app.

For more information about elections, visit ktbs.com/vote for our 2020 Voter's Guide that includes multiple resources for your state, parish or county. If you have any voting issues, we would like to know about it. Email us at tips@ktbs.com.

Top of the ballot is the presidential contest between Republican incumbent Donald Trump and Democratic former Vice President Joe Biden. Louisiana’s eight electoral votes are up for grabs.

In any race where no candidate tops 50% of the vote, the leading two vote-getters will face each other in a Dec. 5 runoff. That doesn’t apply for the presidential contest.

Republican U.S. Sen. Bill Cassidy, a doctor from Baton Rouge, faces 14 opponents seeking to keep him from a second term. But Cassidy has the benefits of incumbency, the backing of Trump and millions more in campaign cash than any of his challengers. His advertising has dwarfed that of any of his competitors.

His chief Democratic opponent is Shreveport Mayor Adrian Perkins, who announced his campaign in July, giving him a short time to raise funds and introduce himself statewide. Still, Democrats were excited about the mayor with a West Point education, Harvard law degree and military service in Iraq and Afghanistan, and he won the backing of former President Barack Obama.

Cassidy remains favored to win reelection in the deep red state, but the dynamics of the race could change if he’s forced into a December runoff.

Five of Louisiana’s incumbent U.S. House members are running for re-election: Republican Reps. Steve Scalise in the 1st District, Clay Higgins in the 3rd District, Mike Johnson in the 4th District and Garret Graves in the 6th District and Democratic Rep. Cedric Richmond in the 2nd District. All have multiple challengers on the ballot, though few have well-funded opponents.

The most heavily contested congressional race is for Louisiana’s 5th District seat representing northeast and central Louisiana. Republican incumbent Ralph Abraham decided against running for reelection after losing the governor’s race last year. Nine candidates are vying for the position.

Seven constitutional amendments are on the ballot, including one to declare that abortion rights are not protected by the Louisiana Constitution. The nonpartisan Public Affairs Research Council of Louisiana has released its yearly online guide to the proposals.

In addition, voters will decide whether to legalize sports betting in individual parishes. The wagering only will be allowed in parishes where a majority of those casting ballots in the election agree to it.

Voters in New Orleans and in northeast Louisiana will choose new associate Supreme Court justices, while voters across north Louisiana and in the southeastern end of the state will choose their utility regulators who sit on the five-member Public Service Commission.

District and appeals court judgeships and district attorney jobs around the state also are on the ballot, along with mayors races and other local elected positions and propositions.

The Associated Press contributed to this article.

SHREVEPORT, La. -- KTBS 3 has learned that a representative from the Louisiana Secretary of State's office says that it would not be possible …