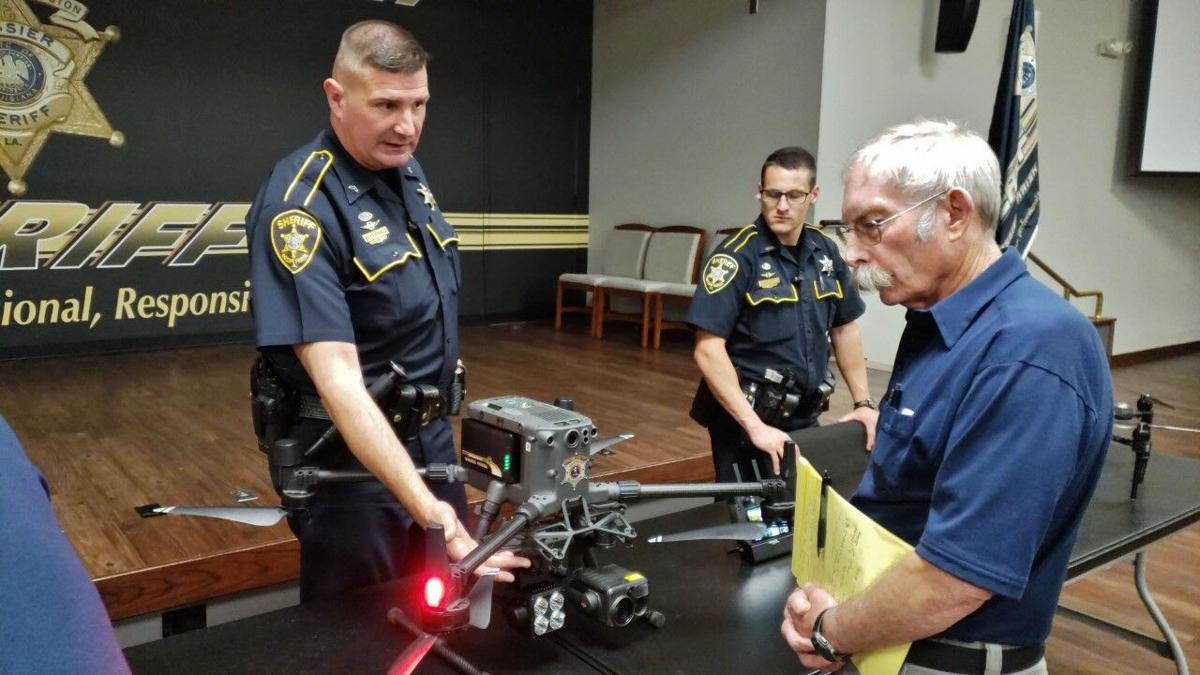 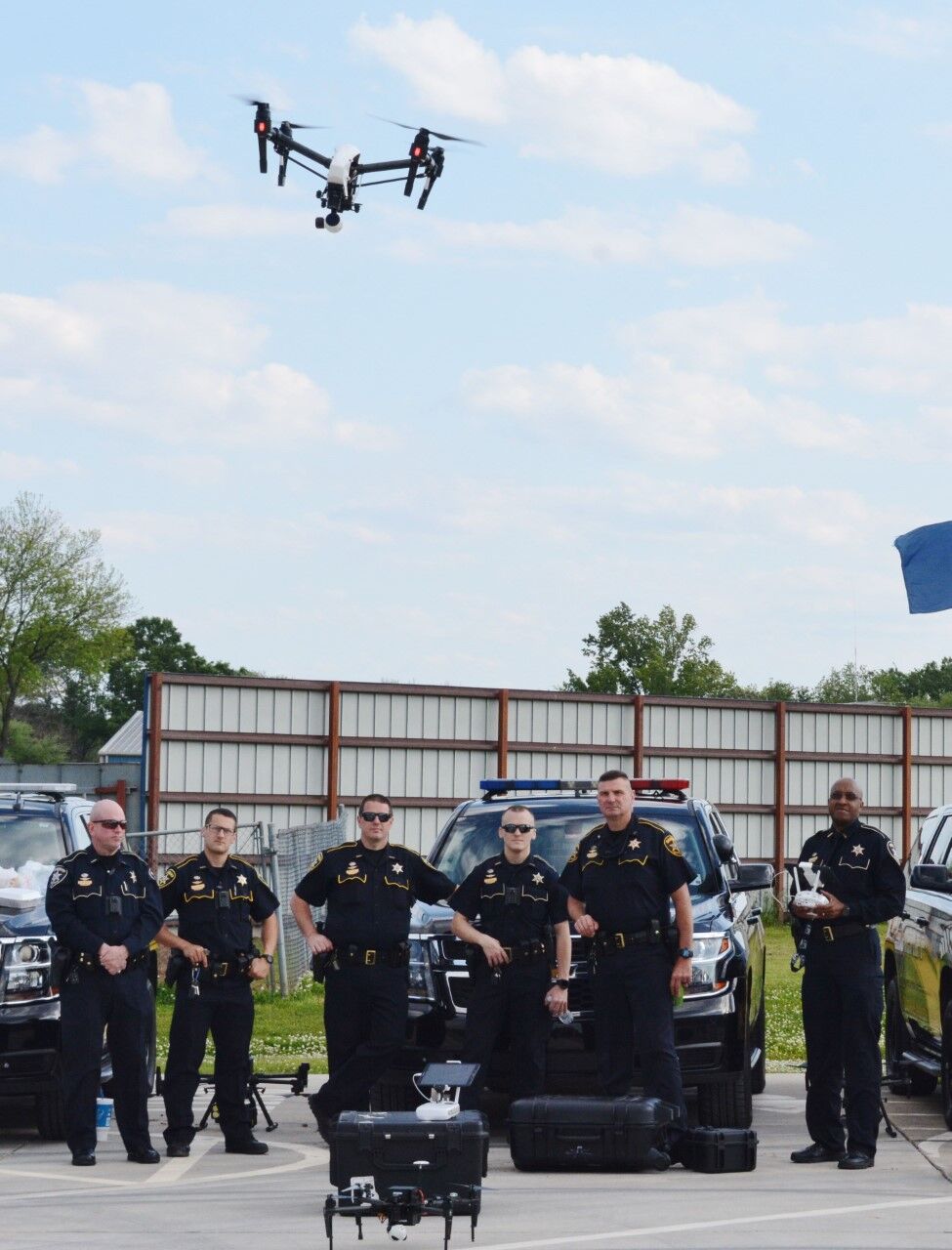 “We do have a pretty unique team,” said Cpl. Bryan Sprankle, leader of the drone team. “We’ve got some well-trained pilots and some cutting-edge aircraft, and we’ve become somewhat of a regional asset. We’ve assisted different units from all over the place, from Shreveport to Caddo, on down to Natchitoches, during the hurricanes that hit the southern coast.”

That kind of support is something Whittington of proud to offer.

“Our team is simply that impressive,” Whittington said. “These deputies show an incredible amount of determination and talent when it comes to our drone program, and I couldn’t be prouder of the team they have become.”

The “Drone Patrol” kicked off its initial training class in February 2017, consisting of a week-long curriculum of ground and flight school, written exam, and concluding with a variety of real-life training scenarios as their final flight exams. That level of training continues today. But once a new deputy is certified on the team, the training just begins.

Sprankle leads the team in quarterly training on a variety of tactics that will ensure the team is ready to deploy and provide efficient and speedy service when called into action, 24-hours-a-day. The team conducted their recent training regimen at the Viking Drive parking lot in which they flew over the Airline football stadium as they learned mapping areas for evidence collection and taking photos for use at a later time.

“Having these drones is a priority,” said Whittington. “When we have the ability to launch a drone and quickly survey damage from a natural disaster or immediately locate hiding suspects, that’s a success. Our next case might be finding a lost child, looking for an elderly person who has wandered off, or searching for an armed robbery suspect. It’s our commitment to public safety, and having deputies properly trained with these drones to quickly respond to such a need at any time is crucial.”

Sprankle, who served more than 20 years in the U.S. Marine Corps, is committed to ensuring each drone pilot on the team is ready.

“We’ve got five pilots, including myself, and they’ve all been through an extensive 40-hour training package,” Sprankle said. “We keep up on our flight time by ourselves. We try to fly at least once a month, at least an hour or two.”

“The quicker we can get to help someone who is in trouble or to apprehend a criminal, it is well worth it,” said Keith. “Use of drones saves time, money, manpower and is the most cost-effective means to put our eyes in the sky.”

After their recent training in late April, the BSO Drone Unit hosted about two dozen members of the Shreveport Civil Air Patrol Senior Squadron to share the capabilities of the drone program.

“It’s great the Civil Air Patrol is coming out,” said Sprankle. “We’re really interested in talking to them and get their perspective on what it is that they do, and maybe they can help us out with our program and push a little further down the road.”

Sprankle and the other drone pilots gave a thorough presentation to the group, whose members followed with many questions about the specifics of the program…everything from battery life, FAA rules and regulations, and how quickly and often the deputies have to deploy. The deputies then invited the group for a close-up look at the drones and their capabilities.

"From finding lost children in the woods or seniors with dementia who've wandered off, to locating criminals on the run, to providing a bird's eye view during floods or other disasters, these unmanned aerial systems are an invaluable public safety resource,” said Whittington. “It’s another tool in our toolbox, and quite frankly, when it comes to the use of technology to help people, the sky’s the limit.”