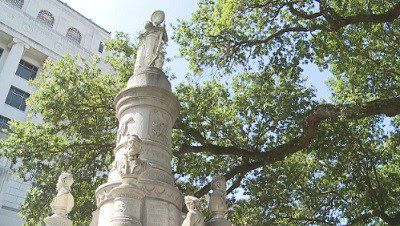 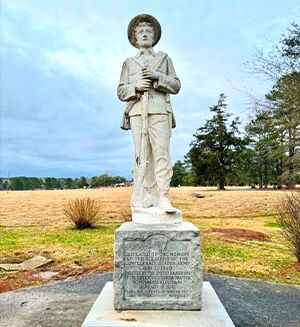 SHREVEPORT, La. – The process to remove the Confederate monument from the grounds of the Caddo Parish Courthouse is progressing but there’s still no date for it to be relocated.

Caddo Commission Administrator Woodrow Wilson told commissioners Thursday the contract has been received from the contractor, who recommended some changes. Those will be reviewed and the signed contract returned as soon as possible so the process can move forward.

In December, the commission awarded the contract to Energy Services and Products Corporation of Tampa, Fla. Phase one removal and repairs will cost $490,000 and phase 2 relocation, $292,000. Total cost: $782,000.

The Shreveport Chapter No. 237 of the United Daughters of the Confederacy, which owns the monument, and the commission in 2020 reached an agreement to relocate the statue following a several-year court battle. The commission first voted to move it in 2017.

In late 2020, a plywood wall was erected around the monument.

The Louisiana Division of the Sons of the Confederate Veterans owns the land where it’s going and is willing to accept it once it’s removed from its foundation. It will be placed at the Pleasant Hill battlefield site in south DeSoto Parish, which is privately-owned property about 18 miles south of the state-owned Mansfield State Historic Site near Mansfield.

The statue won’t be alone.

The Confederate soldier statue once located near Depot Hill in Minden has been moved to the Pleasant Hill battle site, according to the Webster Parish Journal.

The Minden Chapter of the United Daughters of the Confederacy will hold a dedication at 11 a.m. March 5. It will be followed by a luncheon prior to the annual battle reenactment.