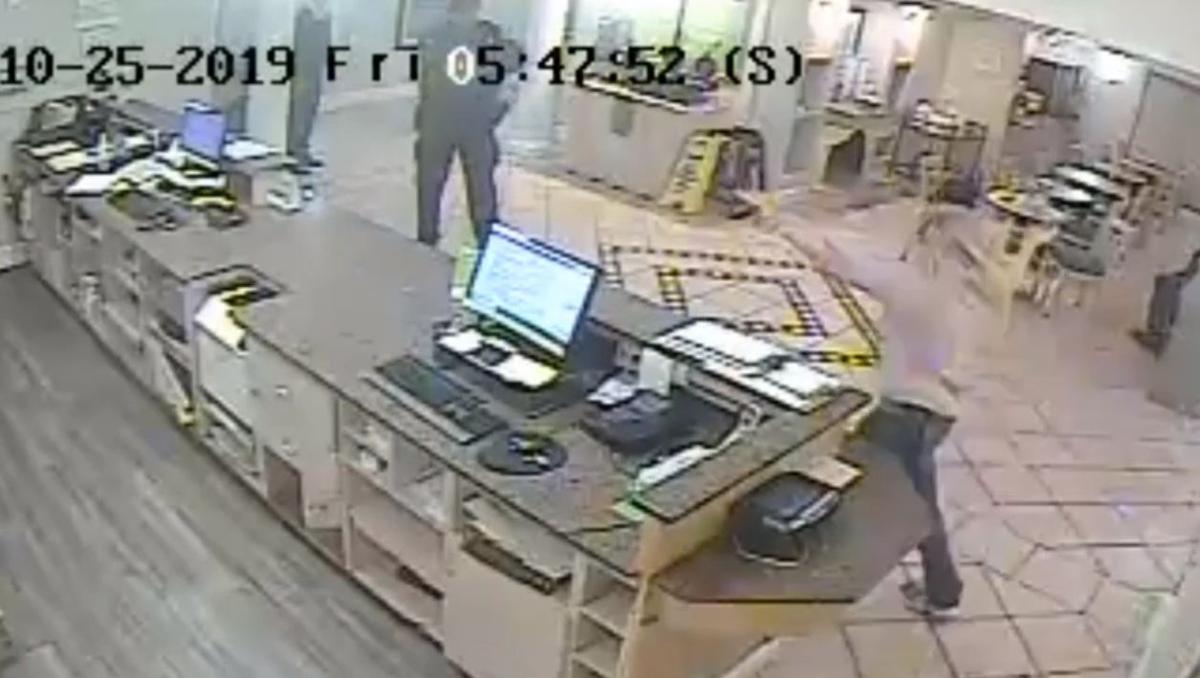 Screenshot of video from LaQuinta Inn shows he seconds before Shannon Rupert, who was armed with scissors, was shot by Officer Patrick Edmonds Jr.

BOSSIER CITY, La. -- An officer involved shooting on Oct. 25 that claimed the life of a woman who threatened a Bossier City police officer with scissors has been ruled justified.

The shooting was reviewed by the Bossier City Police Department and Bossier Parish District Attorney's office.

Shannon Rupert, 45, of Shreveport, died after Officer Patrick Edmonds Jr. fired two shots at her as she charged him with the scissors. Rupert had refused commands to put down the scissors, authorities said.

Edmonds has been on paid administrative leave since the shooting and will remain so pending an internal affairs review, which is routine, Bossier City police spokeswoman Traci Landry said.

"Based on all evidence reviewed it is my firm opinion that no crime was committed by the officer as his actions constituted justifiable homicide," District Attorney Schuyler Marvin said in a letter to Police Chief Shane McWilliams and released Friday. "The circumstances confronting this officer were such that a reasonable believe existed that he was in imminent danger of losing his life or suffering great bodily harm, and the discharge of his firearm was necessary for the prevention of a possibly lethal threat."

Marvin made the determination after he and his first assistant met with four Bossier City police investigators. They reviewed video from the LaQuinta Inn where the shooting happened and the officer's body camera.

In his letter to McWilliams, Marvin said Rupert appeared "highly animated and erratic" and refused to leave the area behind the desk at the motel and continued to "grasp and brandish" scissors and a knife. In response to the officer's commands to drop the weapon, Rupert used racial epithets and told the officer he would have to shoot her before she complied.

Edmonds radioed for assistance before Rupert came at him, according to the video. He also told Rupert he would shoot her if she continued to approach him while armed.

The video shows Rupert come around the desk and raise both arms while holding the scissors and going toward Edmonds. When Edmonds fired two shots, Rupert's momentum causes her to flip forward.

Rupert was taken to the hospital, where she was pronounced dead.