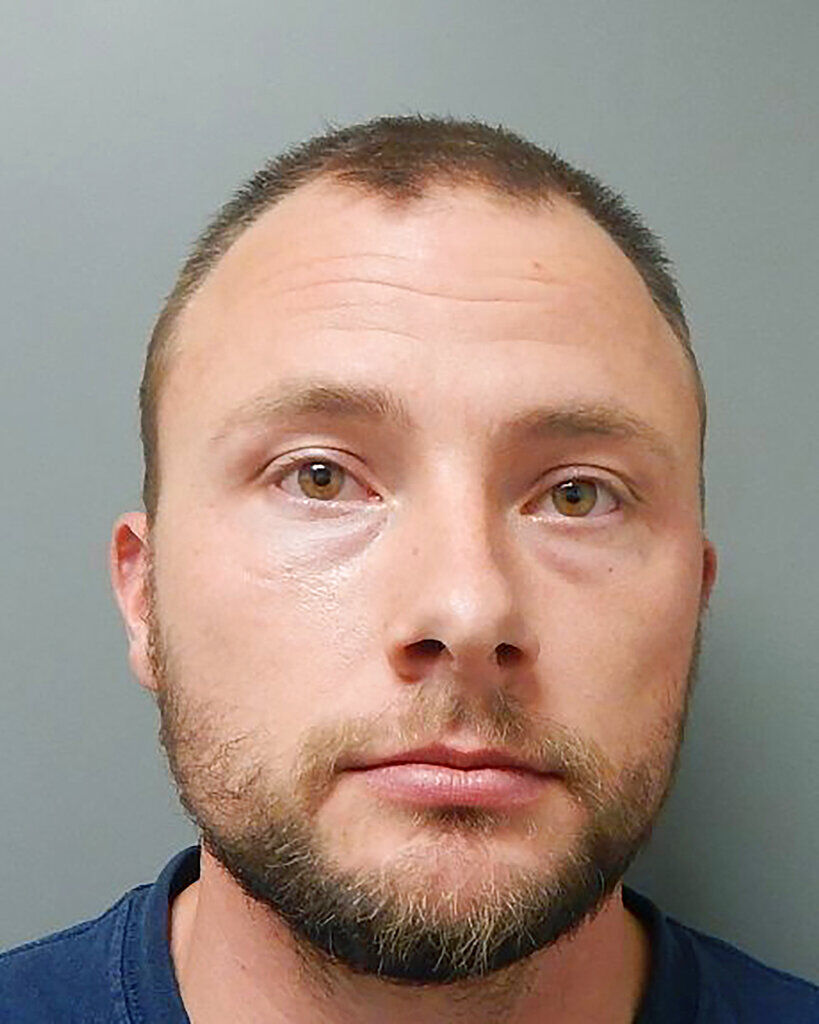 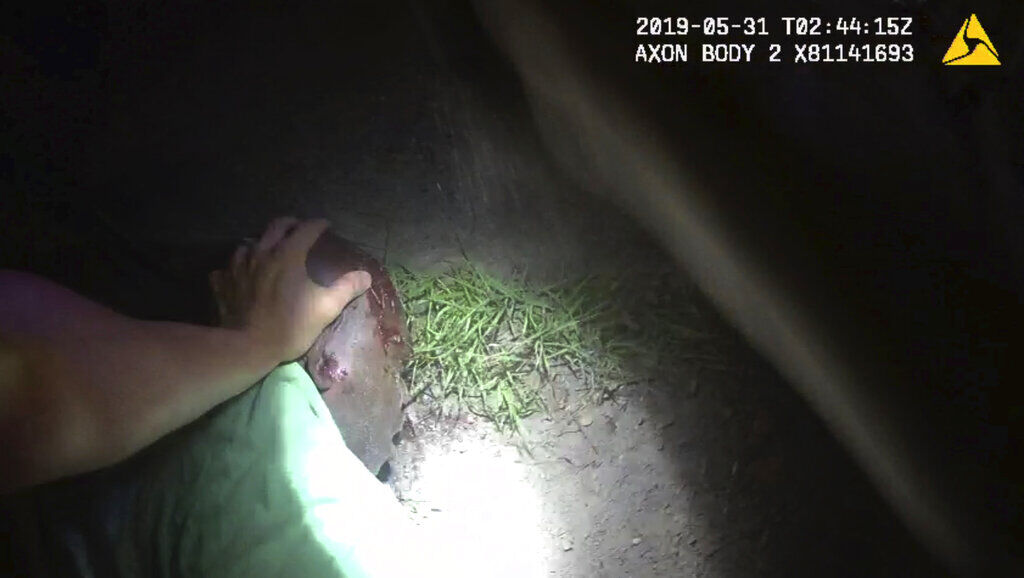 The indictment charges Brown with a single count of deprivation of rights under color of law.

Specifically, the indictment alleges that on May 30, 2019, Brown assaulted an arrestee, identified in the indictment only as A.B., by repeatedly striking him in the head and body with a dangerous weapon -- a flashlight modified with a metal tactical cap designed for breaking glass. The indictment further alleges that the incident resulted in bodily injury to A.B.

Brown’s attorney, Scott Wolleson, declined to comment on the indictment.

Even though the  indictment doesn't identify the victim, the incident involving Brown has been well-documented by news reports and identifies the victim as Aaron Larry Bowman.

“We’re just trying to remain hopeful and trust the process of justice,” she told The Associated Press. “Aaron is extremely happy, and he just wants full justice.”

“I’m not resisting! I’m not resisting!” Bowman can be heard screaming between blows on the footage obtained by The Associated Press. The May 2019 beating following a traffic stop left him with a broken jaw, three broken ribs, a broken wrist and a gash to his head that required six staples to close.

State police didn’t investigate the attack on Bowman until 536 days after it occurred — even though it was captured on body camera — and only did so weeks after Bowman brought a civil lawsuit.

Brown not only failed to report his use of force but mislabeled his footage as a “citizen encounter” in what investigators called “an intentional attempt to hide the video from any administrative review.”

Records show Brown tallied 23 uses of force dating to 2015 — 19 on Black people. He was arrested in February and resigned in March.

Brown graduated the 2015 academy. His father was the former chief of staff for Louisiana State Police before he retired last year.

Federal prosecutors are examining Bowman's case, as well as the death of Ronald Greene, in a widening investigation into police brutality and potential cover-ups involving both troopers and state police brass.

If convicted of the deprivation of rights charge, Brown faces a maximum sentence of 10 years in prison, 3 years of supervised release, and a fine of up to $250,000.

The United States Attorney’s Office has previously acknowledged that it has open and ongoing criminal investigations into incidents involving Louisiana State Police that resulted in death or bodily injury to arrestees. Those investigations remain ongoing.

This case was investigated by the FBI. Assistant United States Attorney Luke Walker of the U.S. Attorney’s Office for the Western District of Louisiana and trial attorney Katherine G. DeVar of the Civil Rights Division are prosecuting the case.