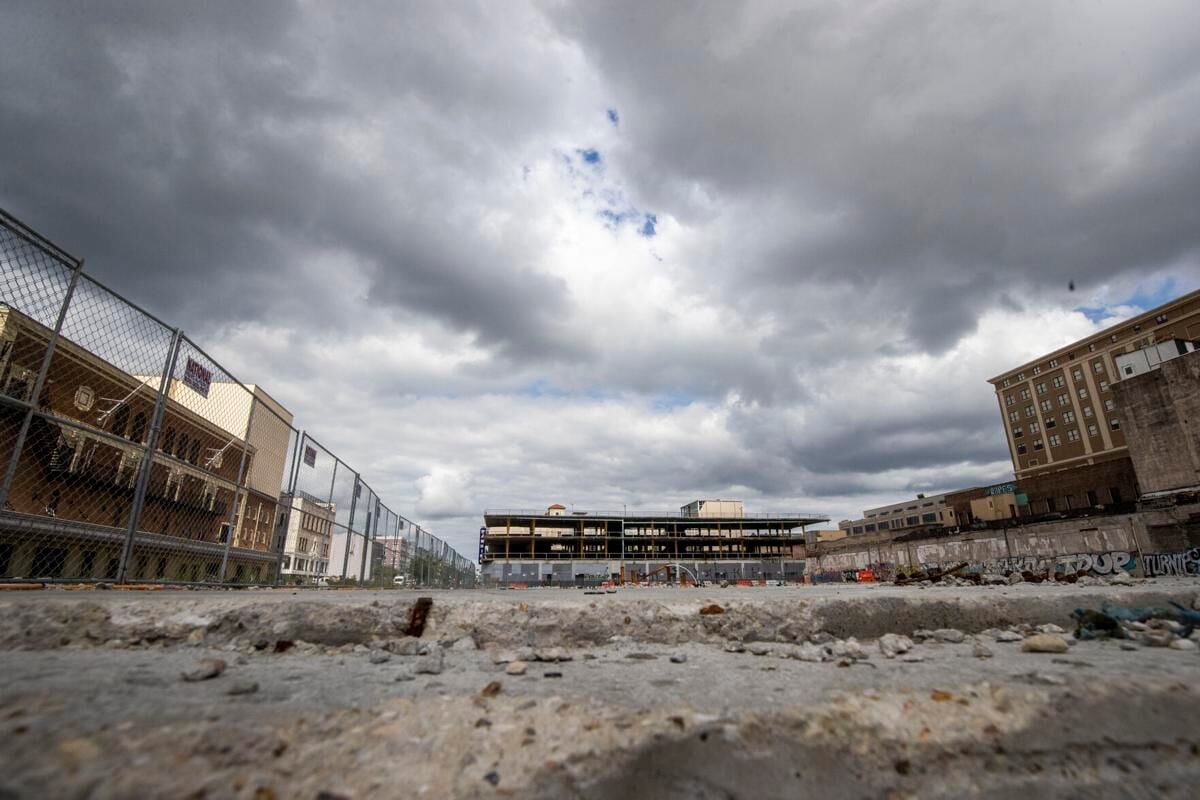 The 100 block of North Rampart Street remains closed on Oct. 12, 2021, two years after the collapse of the Hard Rock Hotel, which was under construction. (Photo by Sophia Germer, The New Orleans Advocate) 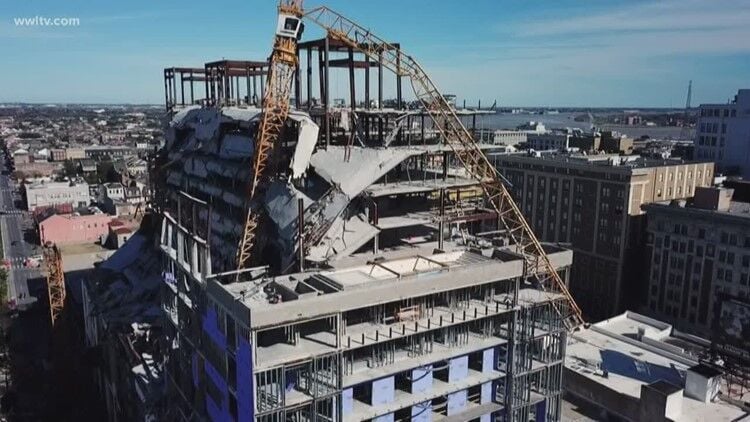 “Every single thing is on the table and we're going to present all of it to a grand jury and let them make the call,” Williams said. He noted that the inquiry is far more complex and intricate than most matters considered by state grand juries, but said his prosecutors are prepared to deal with that.

“We're going to bring in national experts to help this grand jury understand some of the more technical things,” he said. “As you report, you start talking about beams and how they fit. That can get really technical. How many feet they're apart, how many of them there are, how long concrete is supposed to cure. And so, we're going to make sure this grand jury has all the information it needs to go forward.”

Williams issued subpoenas on Sept. 20 for investigative files from the New Orleans Office of Inspector General and from the federal Occupational Safety and Health Administration. He confirmed Tuesday that he has received “voluminous records” from nine different IG office hard drives, including recordings and photographs and construction records gathered by the inspector general’s former lead investigator, Kristen Morales, who was fired in January.

Williams also said he was confident that OSHA, which had been unwilling to release its files while the project engineer and steel contractor were challenging safety violations, would comply with the subpoena “in short order.” The agency did not, however, provide the files by the Oct. 8 deadline listed on the subpoena.

Sources have already disclosed to WWL-TV some of what OSHA's engineer found: that the collapse was “waiting to happen” because dozens of beams under the 16th floor and supporting the top three floors of heavy concrete and piles of equipment were "grossly undersized," as were connections between beams and columns.

“We have denied and are contesting all allegations of fault and negligence asserted in the legal proceedings related to the Hard Rock Hotel collapse, and we stand behind our company’s track record of designing projects that meet applicable engineering standards,” Heaslip reiterated in a statement Tuesday.

“I think everybody would wholeheartedly agree, there's no misdemeanor that fits into what happened there,” he said. “Any charges that come out of this investigation will most certainly be felonies. And the grand jury -- the people of this city, who had to live with the black eye of that monstrosity staring down at us -- those citizens will be part of the grand jury going out to make this decision.”

A recent investigative report by the Inspector General’s Office found three city building inspectors failed to show up at the Hard Rock in person to look at subfloors before approving the pouring of concrete on the upper levels.

“We are absolutely looking for any criminal culpability as it relates to Hard Rock, whether it be causal to the collapse and loss of life and injury, or whether it be folks getting paid for work they simply did not do or conspiring to receive benefit or gain by not looking as closely as they should have looked,” Williams said.

Ramirez recorded a video two days before the collapse showing bent metal shoring posts on the 16th floor. He can be heard on the video speaking in Spanish, criticizing the engineers who designed the beams and the spaces between them.

Williams said he considers Ramirez a key witness because he questioned the design before the collapse and said he will do everything in his power to get Ramirez back to testify.