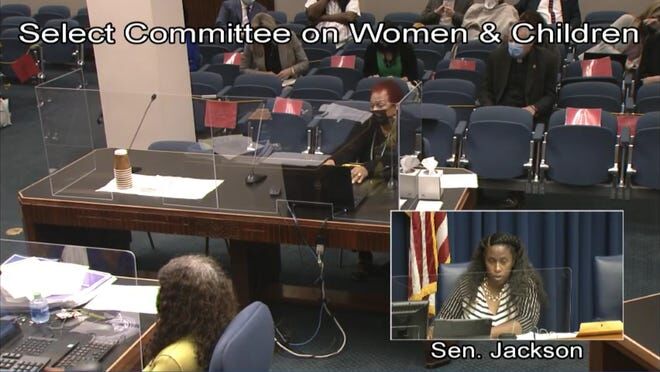 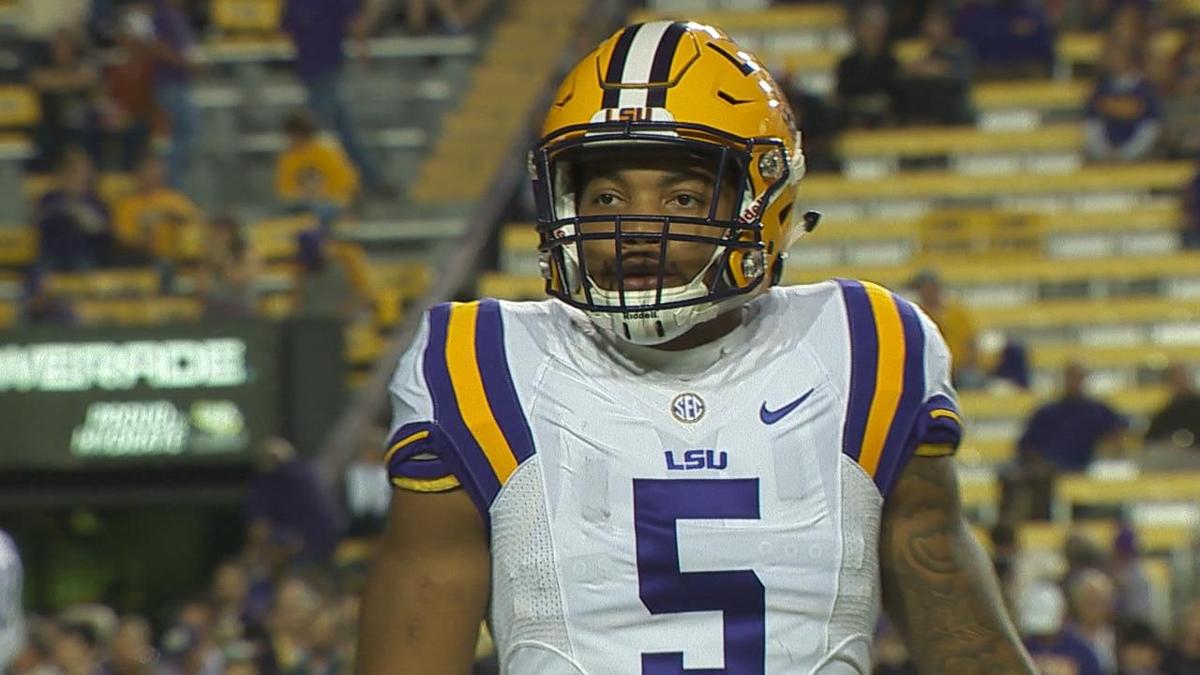 Derrius Guice during pregame warmups in 2016. 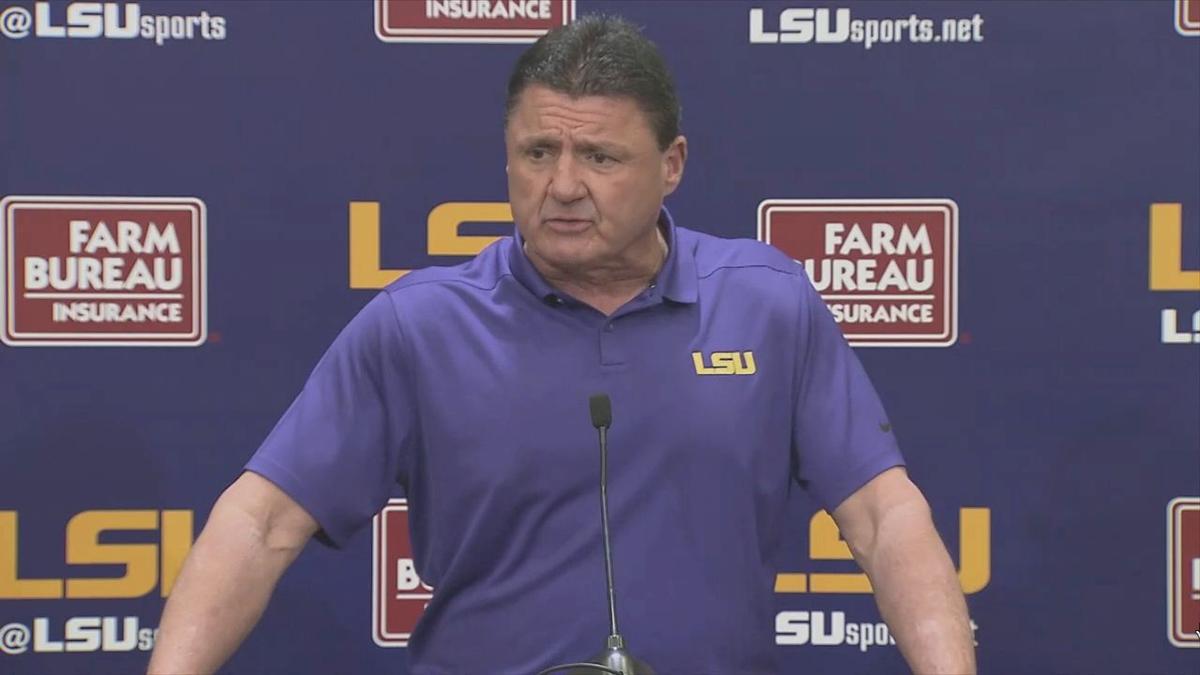 BATON ROUGE, La. - A 74-year-old woman who accused former LSU running back Derrius Guice of sexually harassing her while she was working security at the Superdome said she was forced off her post after she reported the encounter.

Gloria Scott testified to a panel of lawmakers Friday about her run-in with Guice on Dec. 9, 2017.

Those allegations first came to light earlier this month when LSU released Husch Blackwell's report on the university's failure to address sexual misconduct. Scott said she was working security for a high school football game at the Superdome when she was approached by Guice and several other young men.

She claimed Guice grabbed his crotch, asked her if she wanted to have sex and suggested they "go off and do it" somewhere. Scott—who added that she had grandchildren around Guice's age—told him he was being inappropriate, but she says he and the other men laughed and walked away.

"I never had a man or a child talk to me so disrespectful," Scott told lawmakers. "I have never felt so embarrassed... And still after all this time it bothers me."

Scott spoke to her supervisor about the incident, who then contacted LSU's coaching staff. Scott said she eventually spoke to one of the coaches, whom she identified as Coach Ed Orgeron. She said he asked if Scott wanted an apology, but she instead asked for the team to bench Guice in the upcoming bowl game.

The university took no further action to address the situation after that conversation.

Scott fought back tears as she recounted the incident at the capitol Friday and said reporting it led to her being moved from her usual spot at work, which is where football players and their families enter the stadium.

"The next time they had two football games they moved me from the regular spot I work. I asked them why, and they said, 'well if they find out you're putting a charge on Derrius, the football players might have a reaction,'" Scott said. "I said, 'what do you mean a reaction toward me? I'm the victim.'"

Though Scott told legislators that she spoke with Orgeron on the phone about the incident, the LSU athletics department claims Orgeron never spoke with her directly.

"I'm not just here for myself. I had to come here today and let you all know that LSU hides a lot of things... A whole lot of things going on at that campus," Scott said. "This didn't happen on the campus, but still it scarred me."

Administrators within LSU Athletics were made aware of the incident Dec. 13, 2017, but it didn't reach the Title IX office for another six days, according to the Husch Blackwell report.

State Senator Sharon Hewitt (R) asked representatives of the Board of Supervisors to consider removing public acknowledgement of Guice's awards and honors. The board members testifying at the hearing Friday said they would consider it and called it an "excellent idea."