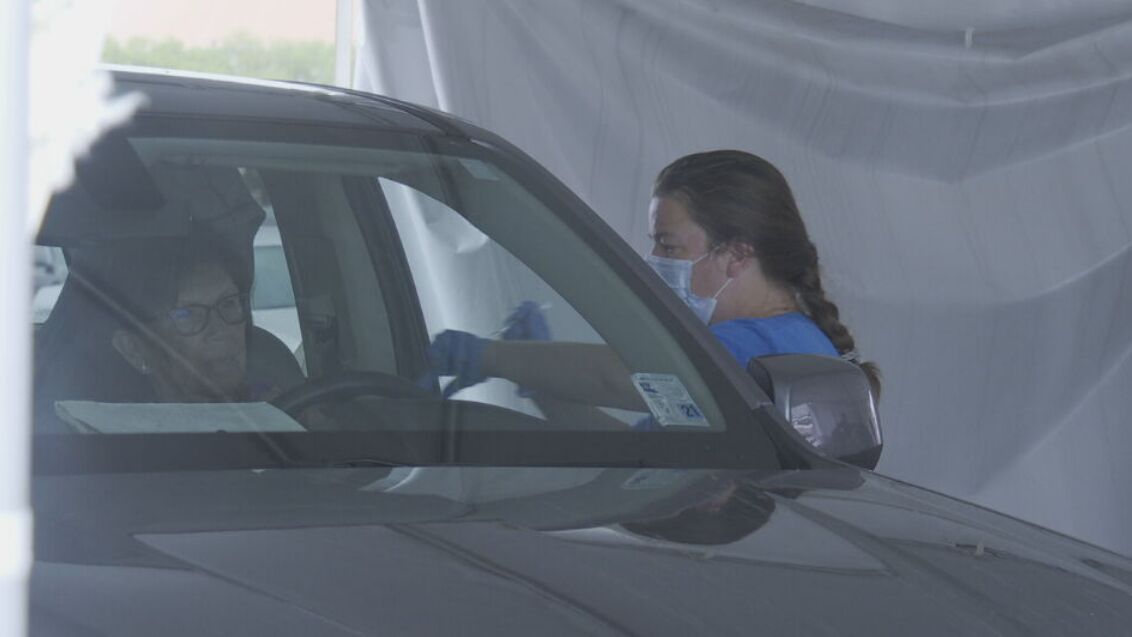 A nurse delivers a COVID-19 vaccine to a woman at Wednesday's drive though mass vaccination clinic at the fairgrounds. 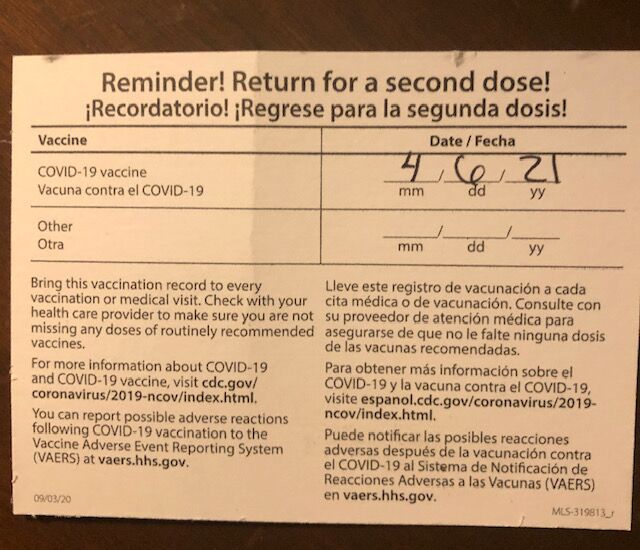 This is one of two vaccination cards that people shared with us that instructed them to go to the fairgrounds on April 6 for their second shot.

SHREVEPORT, La. -- LSU Health Shreveport admits to a mistake that left a lot of people without their scheduled second dose of the COVID-19 vaccine on Tuesday.

KTBS 3 News was told dozens of people went to the fairgrounds, only to find an empty parking lot.

Two people -- who wish not to be identified -- shared their vaccination cards from LSU Health with KTBS 3 News. Those cards showed they got their first shots March 12. And on the flip side, the cards told them to return on April 6 for their second shots. That was Tuesday.

After an inquiry by KTBS 3 News, LSU Health says those two people were among many who did not receive emails about a schedule change.

"We now realize that of the 651 individuals who received their first dose of the vaccine on 3/12, approximately 200 did not receive the email alerting them to come on 4/7 versus 4/6," LSU Health Executive Direct of Communications Lisa Babin wrote in a statement to KTBS.

She says those who did not get the email about the postponement of their second dose are now being notified by email. There'll be vaccination clinics at the fairgrounds Thursday and Friday from 10 a.m. to 6 p.m. so people can get their shots manufactured by Pfizer.

Babin says the delay will not negatively impact the effectiveness of the vaccines.