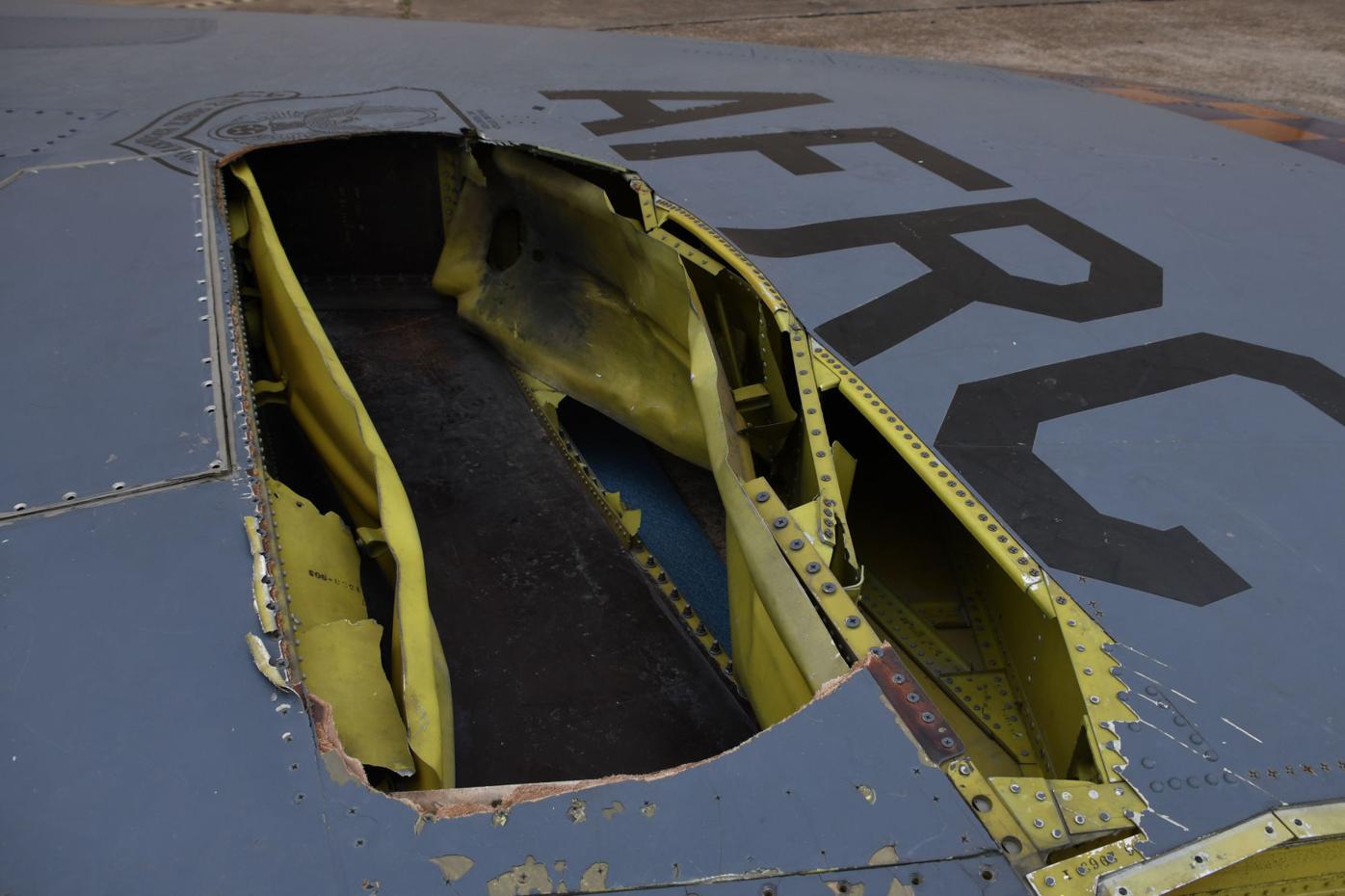 The old tail from aircraft 60-051, a B-52 Stratofortress assigned to the 307th Bomb Wing, bears a gaping hole from lightning damage incurred at the end of a routine training mission. The tail could not be repaired and had to be replaced. (U.S. Air Force photo by Master Sgt. Ted Daigle/released) 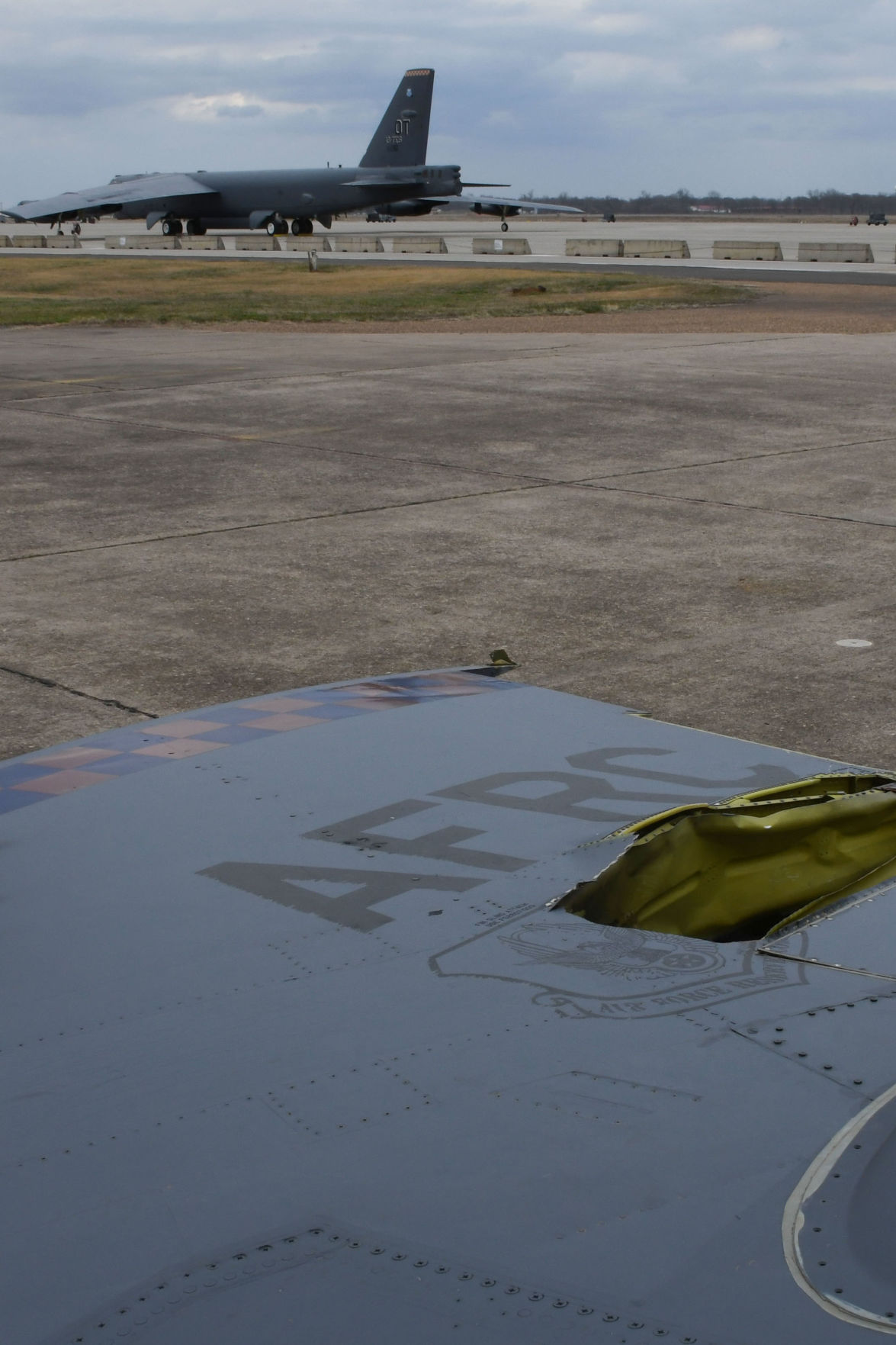 The damaged tail of Aircraft 60-051, a B-52 Stratofortress assigned to the 307th Bomb Wing, waits to be removed from Barksdale Air Force Base on Feb. 1. The tail was damaged beyond repair when lightning struck it upon final approach during a routine training mission. Pilots were able to land the B-52 without incident after the strike. (U.S. Air Force photo by Master Sgt. Ted Daigle/release) 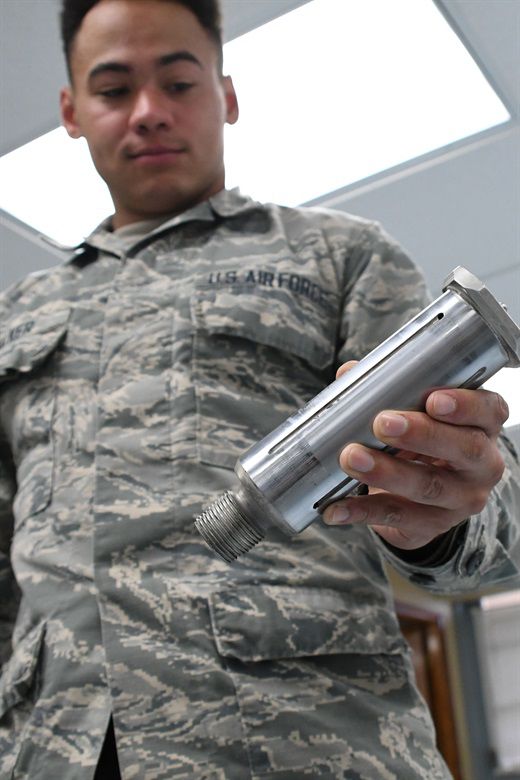 Airman 1st Class Clint Walker, 307th Maintenance Squadron B-52 aircraft mechanic, holds a pin that connects the tail of the jet to its fuselage at Barksdale Air Force Base. Walker was one of eight Airmen who on Feb. 1 replaced the tail on a B-52 Stratofortress that was damaged by lightning on its final approach to base. Such replacements are uncommon in the maintenance world and present a unique set of logistical and physical challenges. (U.S. Air Force photo by Master Sgt. Ted Daigle/released) 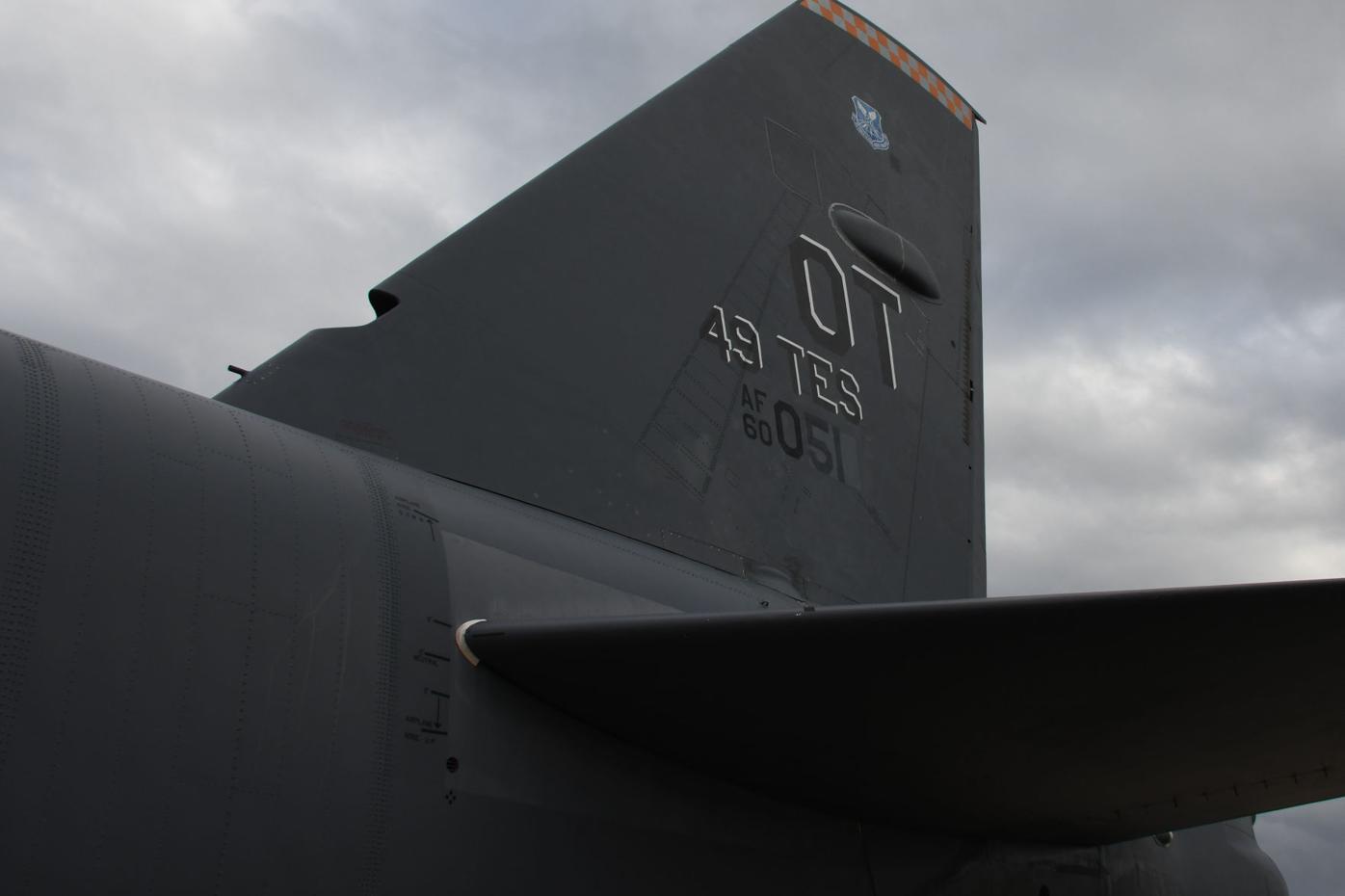 Aircraft 60-051, a B-52 Stratofortress assigned to the 307th Bomb Wing, sports a new tail at Barksdale Air Force Base. Mechanics from the 307th Maintenance Squadron had to replace the damaged tail with this one, which had been salvaged from a B-52 that is no longer in service. The tail still bears the markings of its old unit, the 49th Testing and Evaluation Squadron. (U.S. Air Force photo by Master Sgt. Ted Daigle/released)

A B-52 on final approach to Barksdale Air Force Base in December was struck by a bolt of lightning that tore a man-sized gash in the tail.

Control systems for the huge bomber were not affected and the crew landed without incident, the 307th Bomb Wing said.

It happened on Dec. 19 as the crew was returning to Barksdale from a training mission. A story posted on Barksdale's web site said the crew heard something that sounded like a thud outside the jet, but did not know what happened until they after they landed and got out of the B-52.

The B-52 has a lightning arrester designed to mitigate damage from lightning strikes, but the strike that damaged the tail was too strong for the jet’s safeguards, the bomb wing said.

“We see a handful of strikes every year, but out of all the maintainers we have, no one had seen lightning damage that bad,” Lt. Col. George P. Cole III, commander of the 307th Maintenance Squadron, said.  “That includes personnel that have been with the unit for more than 20 years.”

The entire tail of the jet was replaced on Feb. 1 and the B-52 is back in service. It took about 10 hours of work time to replace the tail, the bomb wing said.

Master Sgt. Eric Allison, 307th MXS B-52 aircraft mechanic, was the only maintainer on the eight-person team with experience replacing a tail.

“It’s challenging because you have to position the tail just right -- and it is a 2,000-pound piece of metal,” Allison said.

B-52s are no longer being manufactured but a tail was available from another jet that is no longer in service, the Air Force said.