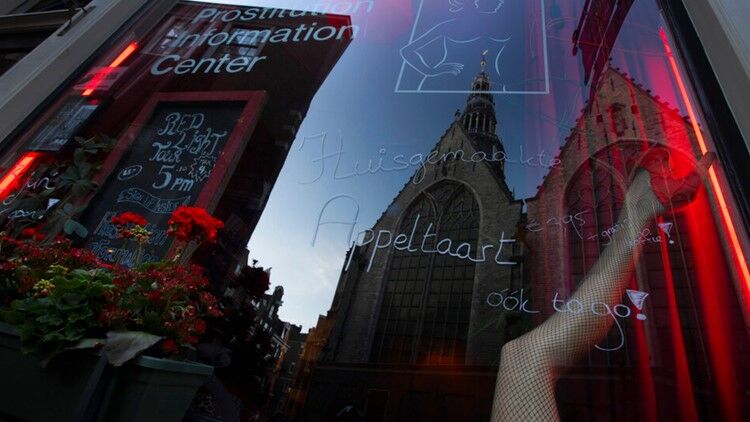 Oude Kerk, or Old Church, is reflected in the window of the PIC, Prostitution Information Center, as sex workers welcomed clients again in the Red Light District in Amsterdam, Netherlands, Wednesday, July 1, 2020. It wasn't quite business as usual as the capital's Red Light District emerged from coronavirus lockdown, but it was as close as it has been since the pandemic slammed the brakes on the world's oldest profession. (AP Photo/Peter Dejong) 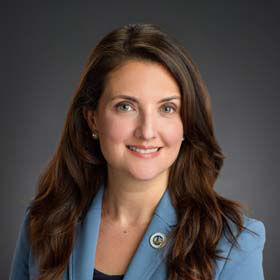 BATON ROUGE, La. (AP) — Facing opposition from her colleagues, a New Orleans lawmaker Tuesday shelved her proposal to decriminalize prostitution across the state, ending the debate for the legislative session.

The House criminal justice committee was poised to reject Rep. Mandie Landry's bill to repeal about a dozen prostitution-related offenses, so Landry voluntarily scrapped the measure before the vote.

Across a three-hour hearing, supporters said the state should not be meddling in the sexual activities of adults who engage in their behavior by choice and the change would reduce unnecessary incarceration. But opponents raised moral objections and said the legislation could lead to increased human trafficking.

Landry said trafficking and forcing people to do something against their will would remain a crime under her bill.

“That is not what this is about. This is about consensual behavior,” she said.

Current and former sex workers were among those who testified for the proposal, saying they were discriminated against because of their chosen occupation. They said the stigma surrounding prostitution makes it difficult for sex workers to report crimes, access health services and find housing. They said policing of prostitution often targets people of color and the LGBTQ community.

“That labor has been heavily policed, policed for nothing more than trying to put food on the table,” said Lakeesha Harris, who described herself as a former second-generation sex worker representing Women With A Vision, an organization advocating for the bill.

Melissa Flournoy, with the organization Louisiana Progress, said the treatment of prostitution is laced with hypocrisy. She said too often the women involved in sex work are penalized for the activity, while the men who pay for sex don't face similar sanctions.

“The men are rarely punished, arrested or publicly humiliated,” she said.

People with religious organizations and anti-trafficking organizations opposed the legislation. They said it was impossible to separate sex work from human trafficking, questioned whether women willingly chose sex work as an occupation and said the bill would send a dangerous message to children. They argued decriminalizing prostitution would encourage sex work to grow.

“How can this be a little girl’s dream?” said Diane Amos, executive director of Free Nola, an anti-trafficking organization.

Patrina Mosley, with the National Center on Sexual Exploitation, said most of the women doing sex work are being exploited and abused. She said decriminalizing prostitution would increase trafficking and violent crime.

“With all due respect, can any of you tell the difference between sex work and sex trafficking?” said Natasha Guynes, a former sex worker and founder of the Washington-based nonprofit HER Resiliency Center who objected to the legislation.