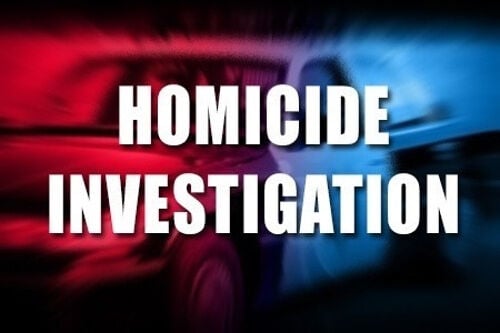 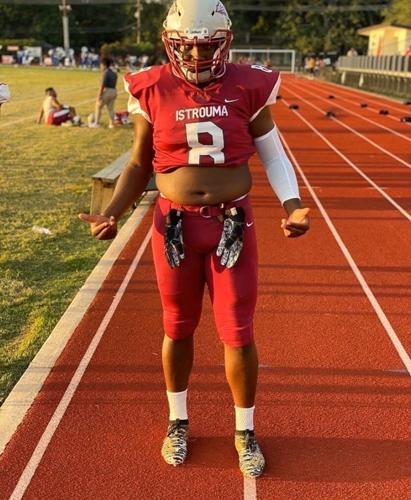 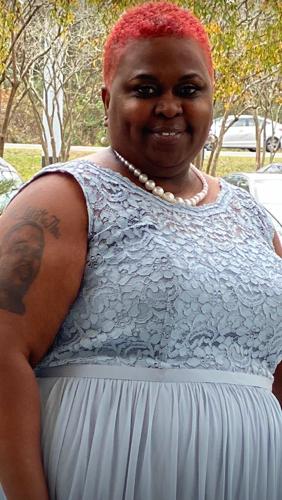 BATON ROUGE, LA. - Chlanda Gibson was in her bed last April when she heard loud pops outside her window.

She had fallen asleep while waiting for her son, 17-year-old Roddrick Cook, to come home after going out with friends. When she went to check on the noise, his friends knocked on the backdoor for help--one with a gunshot wound in his leg.

Cook was nowhere to be found, and as police investigated, Gibson sat in the back of a police cruiser, where she spent five dark hours wondering what had happened to him. Then she was given the devastating news: Her son, the 6-foot 4-inch, 250-pound high school football player who dreamed of going to the NFL, had been killed that night.

Gibson’s son still sits on the long list of Baton Rouge murders that remain unsolved. That list includes more than half of the city’s 121homicides in 2021 as murder rates continue to soar nationwide.

The national surge in homicide rates stems from a variety of political and socioeconomic factors, trends to which Louisiana has proven far from immune. The Baton Rouge area, Shreveport, Alexandria and Lafayette all had record numbers of homicides in 2021, and New Orleans had 218 murders, the most since before its population fell with Hurricane Katrina.

As the killings stack up, clearance rates–the percentage of cases closed–has dwindled some cities, and even cities that are solving most of their murders are struggling through staffing shortages to keep up.

The number of murders increased by 30% nationally in 2020, and the national average for homicide clearance rates dropped nearly 10 percentage points, to 51.3%. The Murder Accountability Project, which analyzes FBI homicide data collected from local agencies nationwide, said that was the worst single-year drop and the lowest murder clearance rate on record.

In Louisiana, the average clearance rate saw a drop of 9.7 percentage points in 2020, to 50.6%, according to data compiled by the accountability project, and some police departments experienced lower numbers.

The New Orleans and Alexandria departments solved fewer than one-third of their homicide cases in 2020, the project’s website indicates, while Lafayette’s department solved about 35%.

Some of these clearance rates bounced back in 2021, with Lafayette solving 24 of its record 25 murders and Alexandria 29 of its 34. But other departments still struggle.

Shreveport had 90 homicides in 2021, though a few might prove to be justified, Sgt. Angie Willhite, a police spokeswoman, said. She estimated that about 60% of the cases had been closed. She said her department would not have a final tally until the FBI approves its year-end report.

New Orleans crime analyst Jeff Asher said there is no clear cause for the homicide rate skyrocketing, though the COVID-19 pandemic, attitudes toward police in the wake of Black Lives Matter protests and increased firearm usage are all contributing factors.

Louisiana has long had one of the highest homicide rates in the country, Asher said, thanks to poverty, low education, violent tendencies from mass incarceration and widespread gun accessibility.

“We’ve got all of the problems,” Asher said. “We just have everything that you might think would make murder more prevalent or make murder clearance rates more difficult. We have them in spades, whereas other states might be missing only one or two ingredients.”

Shooting deaths in particular–which are prevalent in Louisiana, according to the Centers for Disease Control and Prevention–tend to be the hardest type to solve, Asher noted. There are typically fewer witnesses, more premeditation and less evidence since the assailant is further away.

“A murder investigation, in reality, is just a grind,” said LSU sociology professor Edward Shihadeh. “It’s like sanding wood. You’re going to grab a pile of receipts, a pile of witness statements, a pile of evidence, and then you just kind of grind through it, slowly, slowly, slowly, and build a case.”

And these obstacles have been further exacerbated at police departments by low funding, an embattled public image and staffing shortages nationwide due to COVID-19.

“If you have a short patrol presence, you’re going to have more street crime, because those guys can’t be proactive. They’re reactive to every call,” said Lafayette detective Stephen Bajat.

NOPD has had more than130 officers leave the department in 2021 through resignations, retirements, terminations and deaths, Superintendent Shaun Ferguson said at a City Council meeting last month.

“This isn’t anything unique to New Orleans, but across the country,” Ferguson said. “This profession has taken such a major blow with criticism.”

Lt. Lane Windham of the Alexandria Police Department said most of the homicides there involve young people, typically from 15 to 25 years old. Most stem from drug deals or robberies “gone bad” or from domestic abuse.

He said that security cameras and cell-phone records are often crucial to solving crimes.

“You’d be amazed at what these guys put on social media,” he said.

One factor consistently stunting homicide investigations in other cities is a lack of witness participation, according to law enforcement officials. For instance, in poor communities with outsized concentrations of killings, people are often reluctant to speak to police out of fear of retaliation from perpetrators or gangs operating in the area.

“We have to understand the community has to come forward,” she said. “If there’s no witness, or there’s no gun, then you can’t expect the case to get solved.”

Robinson is no stranger to the headaches of plodding investigations. Her son Lewis was shot and killed in 2018, and she said that her communications with investigators were so frustrating that she eventually dropped contact with them entirely. The case remains open.

She said people must not only cooperate when asked to give statements to law enforcement, but also be proactive in gathering information and “keeping an ear to the streets” to help advance investigations.

While she acknowledges the climate of unrest currently embattling law enforcement, she maintains that it is imperative that people trust and cooperate with police if they want to see murder rates drop and clearance rates rise.

He said the best way to bolster clearance rates is through community participation. If people see a friend or family member going through a conflict that seems to be escalating, they should play an active role by reporting it to the police before it ends in bloodshed.

“We now have documentation of past situations that had occurred that would help us in our investigation,” McKneely said. “It helps us create a sequence of incidents that will help us develop a picture of what led to that incident occurring.”

Gibson echoed Robinson’s sentiments, saying she wishes patrolling officers participated more in the community and got to know residents better so they would trust officers and be more proactive.

Gibson, a nursing home caretaker, compared the mounting caseload for homicide detectives to her work during the pandemic: it’s harder and more strenuous, but it is no excuse to perform the job poorly or let cases fall through the cracks.

She hopes police departments are able to adapt to the rising caseloads so grieving families can get additional closure.

“It hurts your grieving process even more to feel like your child was thrown away,” Gibson said. “I know it’s a job, but my job is a job where I have compassion, and I like doing it. If you have that disconnect and you’re only there to collect a paycheck, you need to get out of there.”

Gibson said that even if her son’s case closes, she won’t get him back. She will not get to see him graduate from high school, play for the NFL or retire her one day.

One of the only things left of him is his phone, filled with pictures and videos of the two together. It now sits idle in an evidence locker somewhere in Baton Rouge police offices.

“That night, I made peace in the back of that car. I had to make peace,” Gibson said. “I’ve known other people that lost kids. I’ve seen how it has torn them, broken them, messed with their marriage, messed with relationships. That night, I just prayed to God that he’d give me peace. If I don’t question too much of the situation and just let go, I get through it.”