A shooting production crew team and silhouette of camera and equipment in a film production studio. 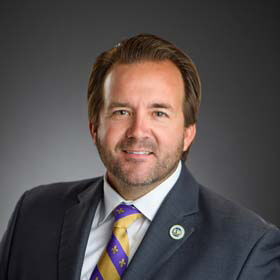 BATON ROUGE, La. – The Louisiana House has declined to extend by three years the sunset for the state’s $180 million annual film and TV subsidy program.

Senate Bill 173 by Slidell Republican Sen. Sharon Hewitt calls for extending the sunset from 2025 to 2028. The extension would give film producers a longer planning runway.

The state can issue up to $150 million in credits per year and pay out up to $180 million each year to support the film and TV industry. Projects qualify for the program through verified in-state spending and hiring. The state will buy back the credits for 90% of face value, which allows out-of-state producers with no state tax liability to take advantage.

The most-recent report about the program indicated a return of about 35 cents in state and local tax collections for every dollar in credit issued. For the state, the return is about 22 cents, which opponents cited in their arguments against extending the program.

The same study indicated each dollar spent in credits spurred $6 in spending in the general economy, which is where program proponents prefer to focus. A committee hearing on the subject was packed with supporters wearing stickers reading “film=jobs.”

Opponents argued the annual $180 million could be spent on any number of more important priorities or given back to the taxpayers in the form of a tax cut.

“What are our priorities?” Rep. Phillip DeVillier said.

The floor vote Thursday was 45-37, falling short of the needed 53-vote majority with 23 members not voting. Another vote before the session ends June 10 is possible.

In its original form, Senate Bill 10 would apply to children who are at least age 5 before Sept. 30 prior to the 2022-2023 school year. The House amended the bill to push the age cutoff to March 31.

The amendment means the bill has to go back to the Senate for consideration of the change.

The change could cost up to $12 million, which Edwards said can be absorbed within the $3.9 billion education funding formula.

Nineteen states and the District of Columbia have mandatory kindergarten. Homeschooling and private school attendance would satisfy the requirement.

“I see this as an infringement of parental rights,” said Rep. Beryl Amedée, R-Houma. The floor vote was 59-31.

The House voted 78-15 for Senate Bill 247. It lays out much of the regulatory structure for sports betting, which voters legalized last year in 55 of Louisiana’s 64 parishes.

Betting on sports still would be illegal for anyone in one of the other nine parishes and anyone younger than age 21.

No more than 20 licenses to operate a sports book would be issued, and the state’s 16 casinos and four racetracks would have the first chance to apply. Video poker establishments and fantasy sports operators would be next in line.

The bill returns to the Senate to review House changes.

The licensees also would be able to contract with mobile betting providers, who would be required to use “geofencing” technology to ensure bets aren’t taken where it isn’t legal.

House Bill 697, which legislators have passed and sent to the governor’s desk, calls for a 10% tax on net gaming proceeds from on-site betting and a 15% tax on mobile betting. That bill also establishes that the Louisiana Lottery would regulate sports betting kiosks in retail establishments.

Senate Bill 142 deals with how to divvy up the fees, fines and other revenue associated with sports wagering. As amended Wednesday, 20% of the money would go to early childhood education, 10% would go to local governments where bets are placed, 1% would go to a fund dedicated to behavioral health and 1% would go to supplement horse racing purses. The rest would go to the general fund.

SB 142 awaits a hearing in the House Appropriations Committee.