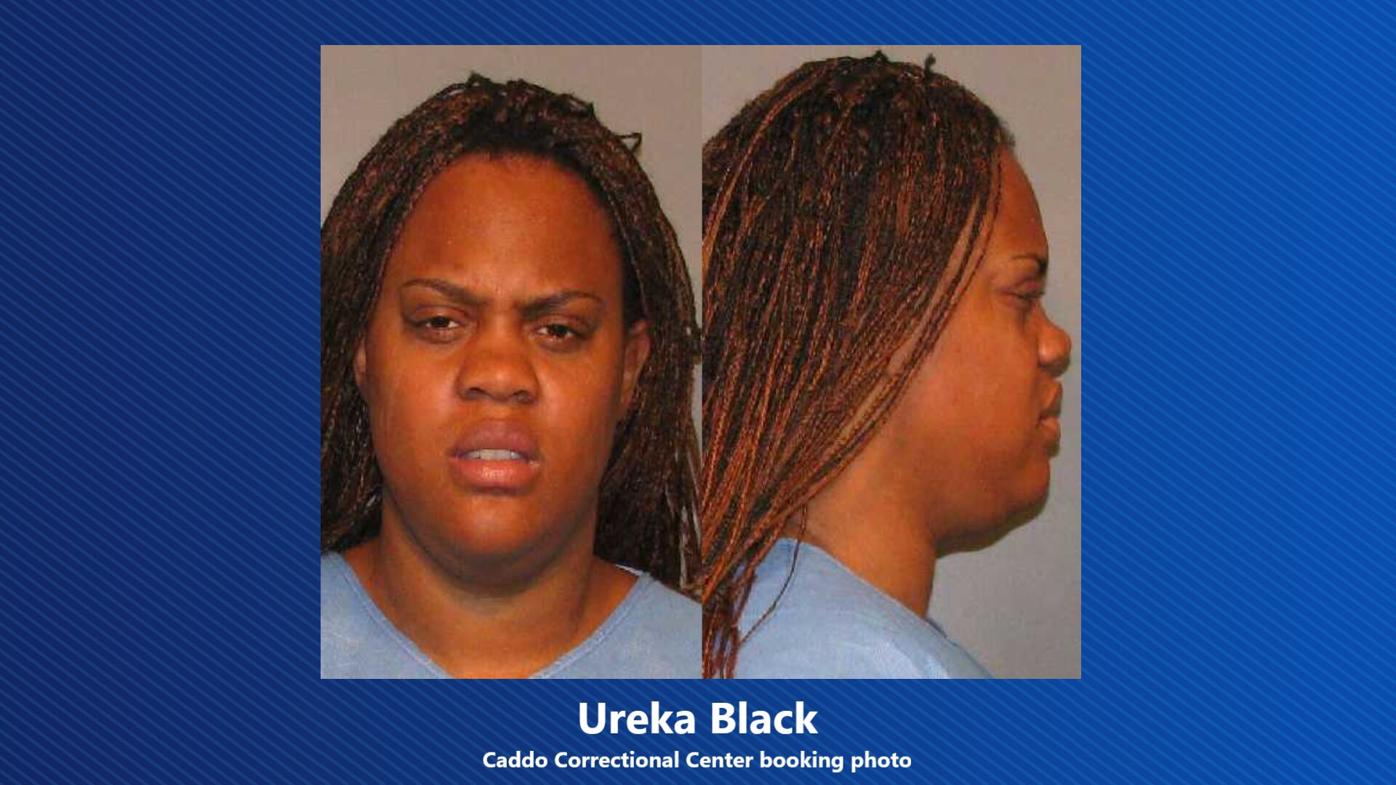 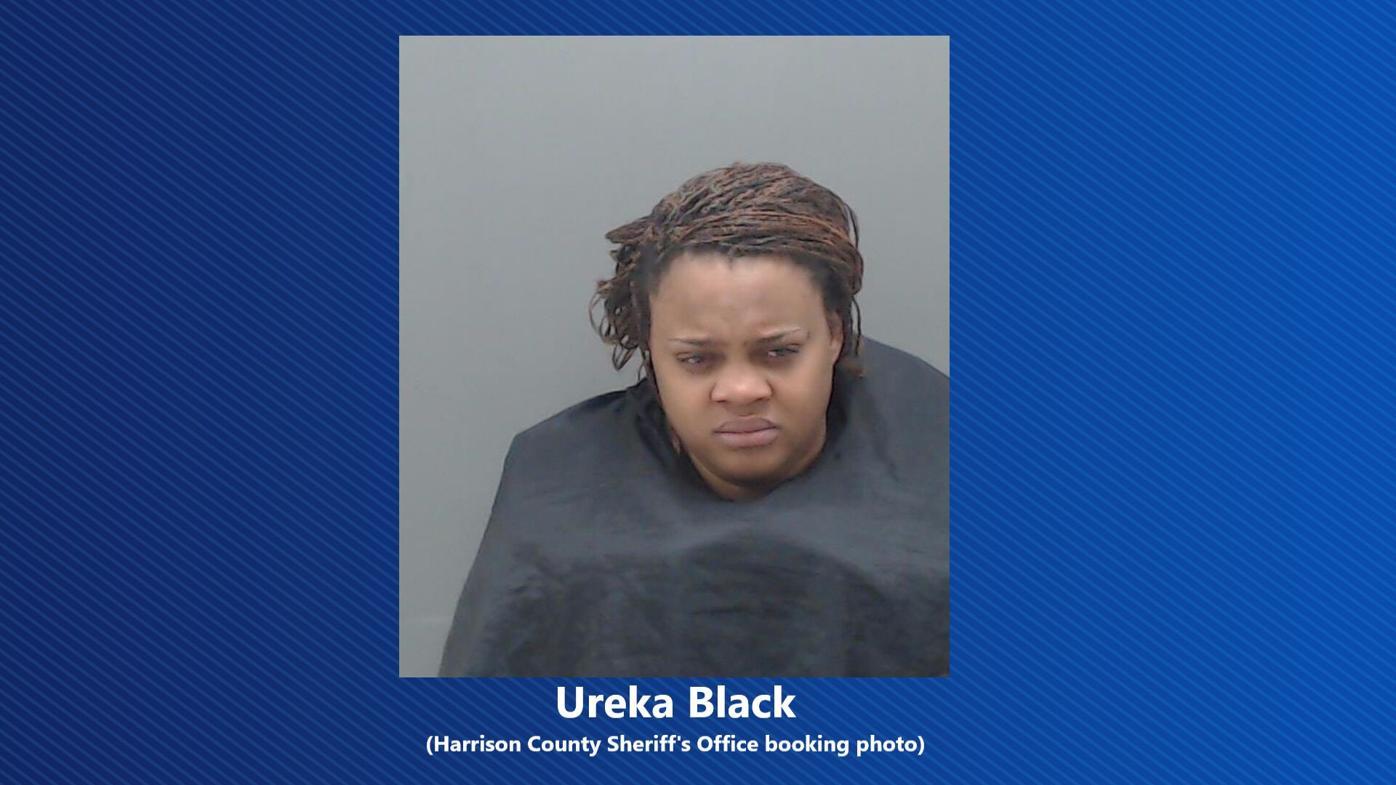 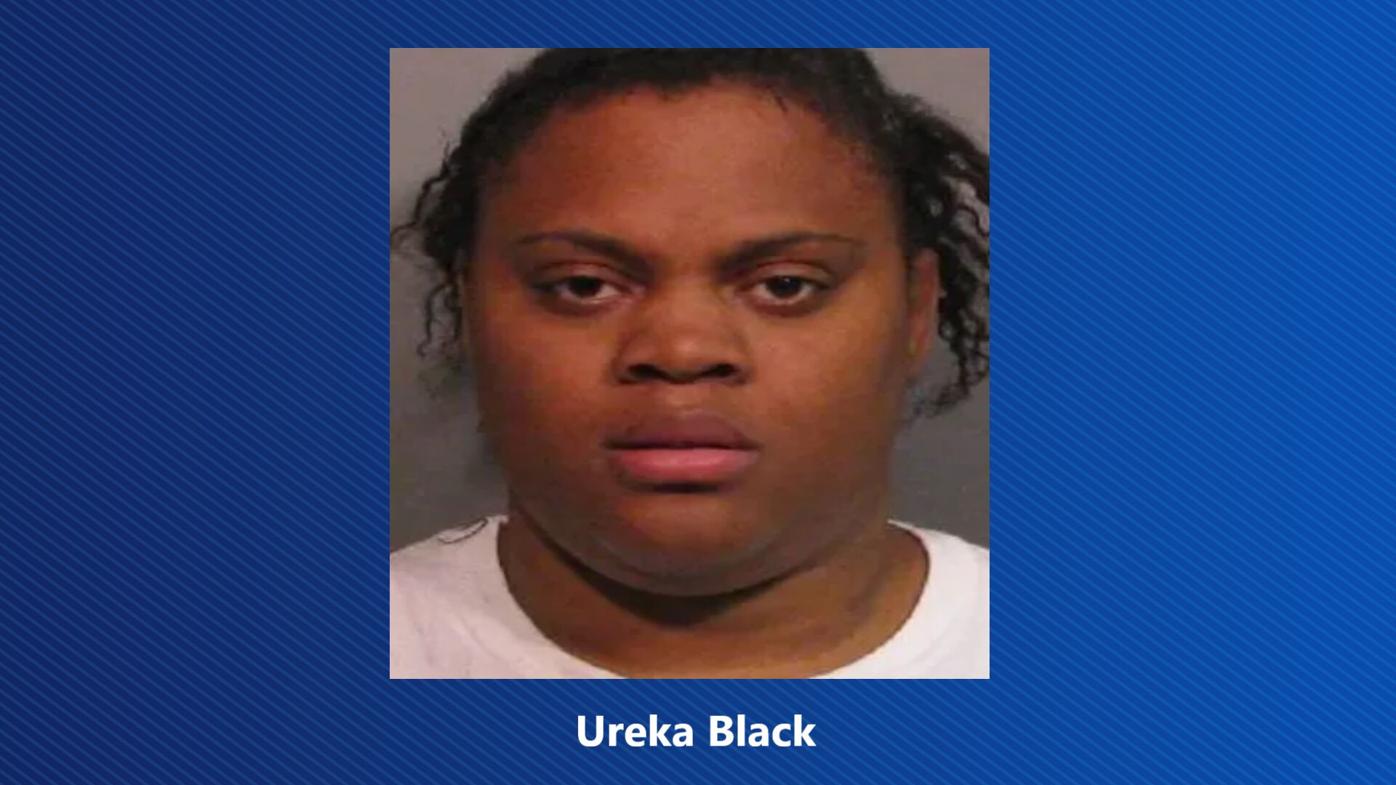 SHREVEPORT, La. – The Shreveport mother accused of tossing her two young children from a bridge into Cross Lake, killing one and injuring the other, has spent time behind bars on prostitution, arson and other charges over the past 15 years, court records show.

Shreveport police booked Ureka Black, 32, into the City Jail shortly after midnight Sunday following her extradition from Harrison County, Texas. She was moved to the Caddo Correctional Center Monday afternoon, where she was booked on charges of second-degree murder and attempted second-degree murder. No bond is set.

Black was arrested Friday hours after first responders pulled the body of her dead 10-month-old son from the lake then recovered her 5-year-old son Elijah who was still alive. A yard crew was the first to spot the floating infant and alerted authorities. Then someone noticed the older child floating on his back.

Rescuers first thought he was dead, too, but he opened his eyes when he was tapped. It's unknown how the child, who had a facial injury, was able to stay afloat.

Authorities learned about what happened to them from Elijah, who reportedly said their mother put them in the lake.

Black’s van was located Friday afternoon at a rest stop in Waskom, Texas. She was arrested there and held in the Texas jail until her return to Shreveport.

While Black has six arrests in Caddo and five in Bossier on her record, her time behind bars has been minimal.

There are numerous notations in Black’s court records where she was ordered to attending counseling, anger management and parenting classes in connection to her convictions and court-ordered probation. Black either would ignore the court order or attend one or two classes then quit.

Black is expected to be eventually evaluated by a sanity commission for allegedly throwing her sons into the lake. The commission will determine whether she is mentally competent to stand trial.

According to people investigators have interviewed so far, Black's behavior prior to Friday was not that of a mother who hated her children.

KTBS is told on Thursday night Black left a note and money for her older child, a daughter, believed to be 12 or 13 years, who was in the custody of a grandmother. Contents of the note are unknown.

Authorities searched Cross Lake for hours Friday for that daughter, who was initially thought to have also been thrown into the lake. By mid-afternoon, authorities learned the girl was elsewhere at the time and not involved.

Black may have been sleeping in her van when a Waskom police officer found her. He went to the rest area to be on the lookout for Black's van, which has Texas license plates.

"She had sunscreen over the front windshield and also had towels or blankets and such covering the side windows, 'cause we couldn't see her when we walked up," Police Chief Westy Meisenheimer said Monday.

Black was uncooperative, the chief said.

"She wouldn't get out of the van. She wouldn't talk. You know, just really wouldn't communicate with us," he said.

Black's latest arrest was in April 2016 in Caddo Parish when Black was arrested for human trafficking and prostitution. That’s one of three prostitution arrests on her record.

Black pleaded guilty in May 2017 to a reduced charge of pandering. She was sentenced to two years in prison and given credit for time served.

At her sentencing, Black admitted to encouraging a juvenile to get into prostitution. She was arrested in a sting that first led to the arrest of the young girl. Detectives then used that 17-year-old to get to Black.

According to investigative reports, the juvenile told vice agents a woman, who she referred to as ”Girk,” contacted her and told her the advertisement she was using to solicit business was set up wrong and offered to help her do it the right way. “Girk” promised within a few months the juvenile would be “driving nice cars, buying nice clothes and have more money than she ever needed,” the girl told agents.

Agents arranged for the girl to contact Black, who was then arrested. Black refused to answer agents’ questions and asked for an attorney. Two cell phones were seized.

The other two prostitution arrests were in Bossier in 2011 and 2015. She was not prosecuted on the first one, and on the second one she pleaded no contest and was sentenced to six months in the parish jail with credit for time served.

During her incarceration, Black wrote several letters to court officials questioning how her time served was being calculated. She asked for it to be corrected.

“I would greatly appreciate it so that I may be home for the holidays,” she wrote in one of the letters dated Oct. 20, 2015.

Black’s most substantial prison sentence came in connection with her 2010 arrest for aggravated arson. She broke into the home of her ex-boyfriend, while accompanied by her 2-year-old daughter, and set fire to the floor. Black admitted to having an argument with the boyfriend prior to that and threatened him and two others, according to an arrest report.

She pleaded guilty in Sept. 2010 to simple arson and was given 5-year prison sentence. But it was suspended and instead she was sentenced to 30 days in jail. But because of additional arrests, Black’s probation was revoked in October 2012 and the court imposed the original 5-year sentence. With credit for time served in the parish jail, Black only served nine months at the state prison for women.

Black was freed on May 15, 2013. She was arrested for prostitution two months later.

A court transcript indicated Black’s older child was in foster care then.

Black’s probation officer asked the court to set special conditions for Black, including setting a curfew and requiring her to attend anger management and parenting classes. That was based on his interview with Black, who said she wasn’t looking for a job and blamed that on not having a ride; however, the agent said Black had made inquiries about getting rides to clubs and friends’ houses.

She also wanted to know if staying out until 4 a.m. would violate her probation, to which the probation officer said it would. Black became “very argumentative about having to abide by one,” he wrote in a report.

Black had other arrests for trespassing, resisting arrest, simple assault, domestic abuse battery, property damage, possession of marijuana, possession of drugs in the presence of a minor and aggravated battery.

Editor's Note: This story corrects the age initially given by police of Black's child who died, from 8 months old to 10 months old.