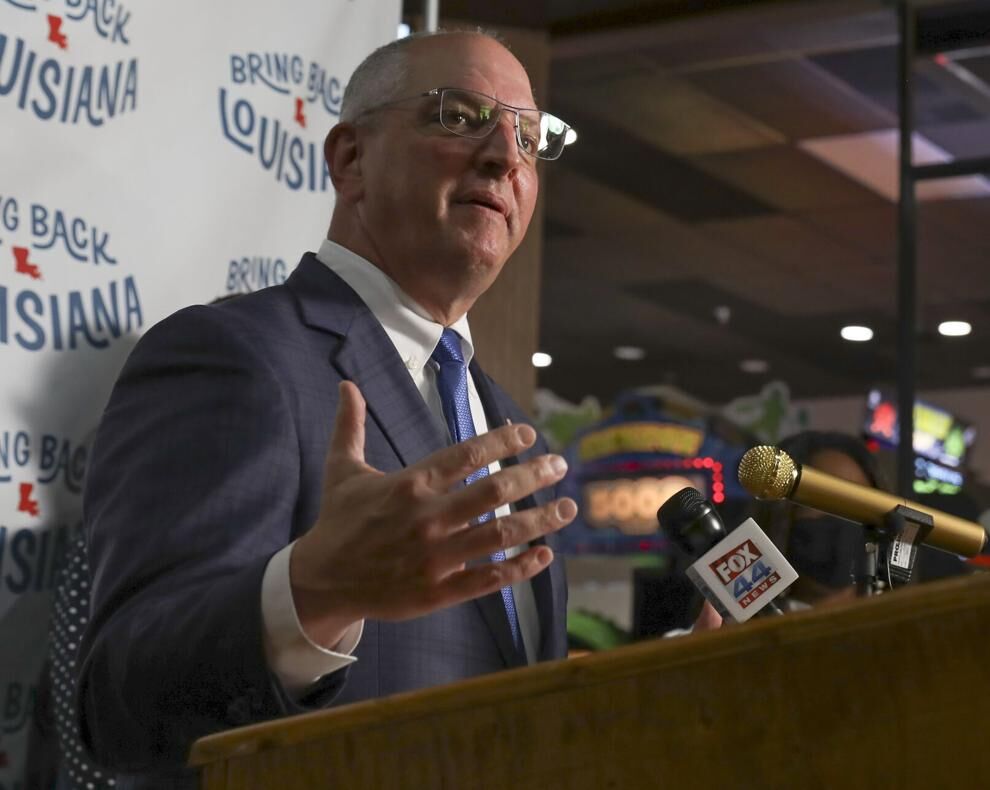 Gov. John Bel Edwards speaks about the importance of vaccinating children during the Louisiana Department of Health's vaccine event for children at Quarters in Baton Rouge, La., on Sunday, Nov. 21, 2021. (Photo by Morgan Werther) 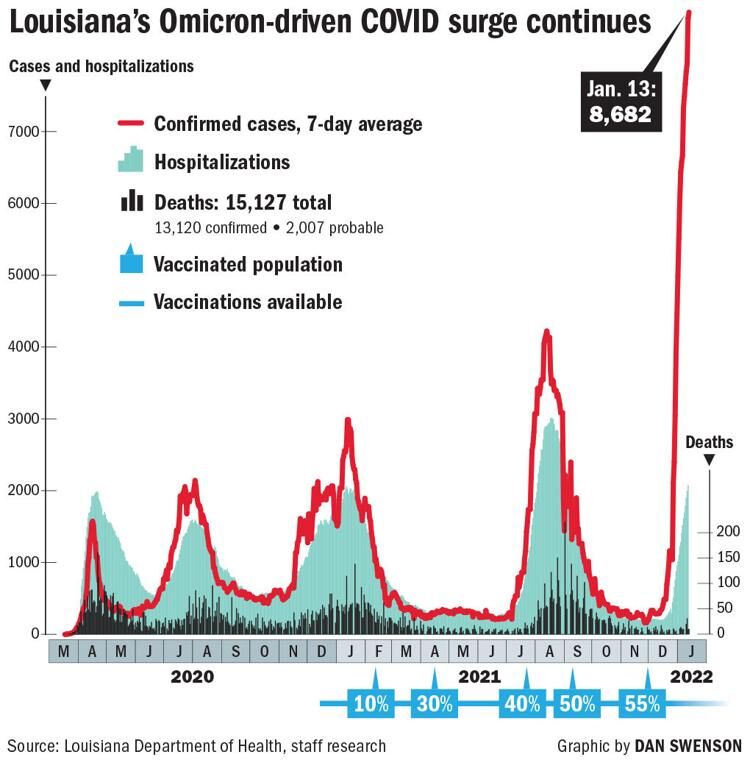 BATON ROUGE, La. - Coronavirus cases continue on a sky-high trajectory in Louisiana, even as scientists are seeing signs of a plateau in the omicron wave in some parts of the U.S., state officials said Thursday.

“We're setting all-time records right now on a near-daily basis,” Gov. John Bel Edwards said at a news conference. “There's an awful lot of COVID out there, all across the state of Louisiana in every single community. The disease burden is higher than it's ever been.”

After setting a pandemic record this week with 17,592 cases reported on Wednesday alone, officials have said there aren't solid signs yet that the omicron surge is slowing, though they hinted that might come in the next few weeks. The sheer number of people infected with this variant – and likely many more going undetected or captured only through at-home tests – has made it difficult to gauge when the wave will crest.

“The numbers we're seeing now are in a different league from anything that we've seen before,” said Dr. Joe Kanter, the state health officer and an emergency medicine physician. “We just don't have any confidence in any model.”

However, Kanter and others who closely track the pandemic’s path have hope a peak in infections might not be far off for a few reasons.

Cases among the 18- to 29-year-old age group, which has typically driven infections, have stopped increasing. Children under 18 now lead infections, said Kanter, a pattern which has preceded downturns in the past.

Emergency departments are also seeing fewer patients with COVID-like illnesses, a measure health officials use to judge how much the virus is circulating. Those types of visits dropped to 12.5% of all emergency department visits this week from a high of 16.7% the week before. But it’s hard to tell if that’s because health officials have urged people to avoid emergency rooms unless they truly need hospital care, said Kanter.

Epidemiologists who track the path of COVID are also hesitant to make a call on omicron’s peak.

Typically, Louisiana might look to other states who were hit by omicron first to gauge how the state might fare. But because omicron began circulating in Louisiana after the delta peak had subsided, it's difficult to make comparisons to the Northeast, where omicron and delta were simultaneously infecting people, said Susan Hassig, an epidemiologist at Tulane University.

Because Louisiana has so many infections, though, Hassig predicted that a peak in daily case counts can’t be far off – the virus will simply run out of people to infect.

“I'm hoping that by the time we hit Chewbacchus, we're going to be on a downward slide,” she added, referring to the popular walking parade in New Orleans on Feb. 5 this year, about three weeks before Fat Tuesday.

But getting into the more active weeks of Carnival season may also prolong recovery from this surge, health experts said.

In South Africa, where the omicron variant was first identified, the wave came down as quickly as it shot up. Louisiana has a different population, said Robert Garry, a virologist at Tulane University. Models don’t account for things like Mardi Gras balls, float riders standing shoulder to shoulder and an influx of visitors from other parts of the country.

“I think we’re gonna have a lot of cases when the parades start to roll,” Garry said. “Will that accelerate it, or will things start to come down by then? We just don’t know.”

In 2020, Garry was part of a group of researchers that analyzed the path of the early version of the virus across the south. They found that Mardi Gras that year likely seeded most of the state’s 50,000 infections in the first wave.

Things are different now – there are vaccines, better treatments and masks – but people who were most at risk then are still most at risk, Garry said, advising that older people and those with conditions that put them at higher risk for severe disease watch the revelry from afar and others do their part to limit spread.

“You need to be vaccinated and boosted and come in there wearing a mask under your mask, that kind of thing,” said Garry.

Edwards said Thursday he won't issue a statewide mask mandate, even as he warned that more children than ever are hospitalized and that the surge in cases is putting a "real strain" on the health care system.

Louisiana on Tuesday also reported 2,384 new reinfections. Over the course of the pandemic, the state has recorded 35,819 reinfections, counting instances in which an individual tests positive 90 days after their initial positive test.

The Department of Health is analyzing data on reinfections to determine how many cases occurred in unvaccinated people, but Edwards said research from Washington state shows that 60% of reinfections from September to December were among the unvaccinated.

Even as infections begin to fall, hospitalizations may continue to rise, said Dr. David Mushatt, chief of infectious diseases at Tulane University.

Despite omicron causing severe disease in a smaller percentage of infected people, hospitalizations rose by 82 on Thursday, to a total of 2,081 statewide. The last time hospitalizations reached that point was Sept. 4, 2021, about two and a half weeks after the state’s all-time high of 3,022 hospitalized COVID-19 patients.

The use of ventilators increased by 18 patients on Wednesday with a total of 129 people – or about 6% of hospitalized patients – requiring the intervention. That rate is far lower than previous waves when the intervention was needed for 15-20% of patients.

Edwards said he will continue to watch hospitalization data to determine whether he needs to change course and implement new mitigation measures.

“I am looking at all the data, every single day to try to see that sign that we are at the peak, and quite frankly, you don’t really know until you get there, and you start seeing the reduced numbers coming down the backside.” Edwards said. “We’re hopeful, we’re prayerful that that happens very, very soon.”