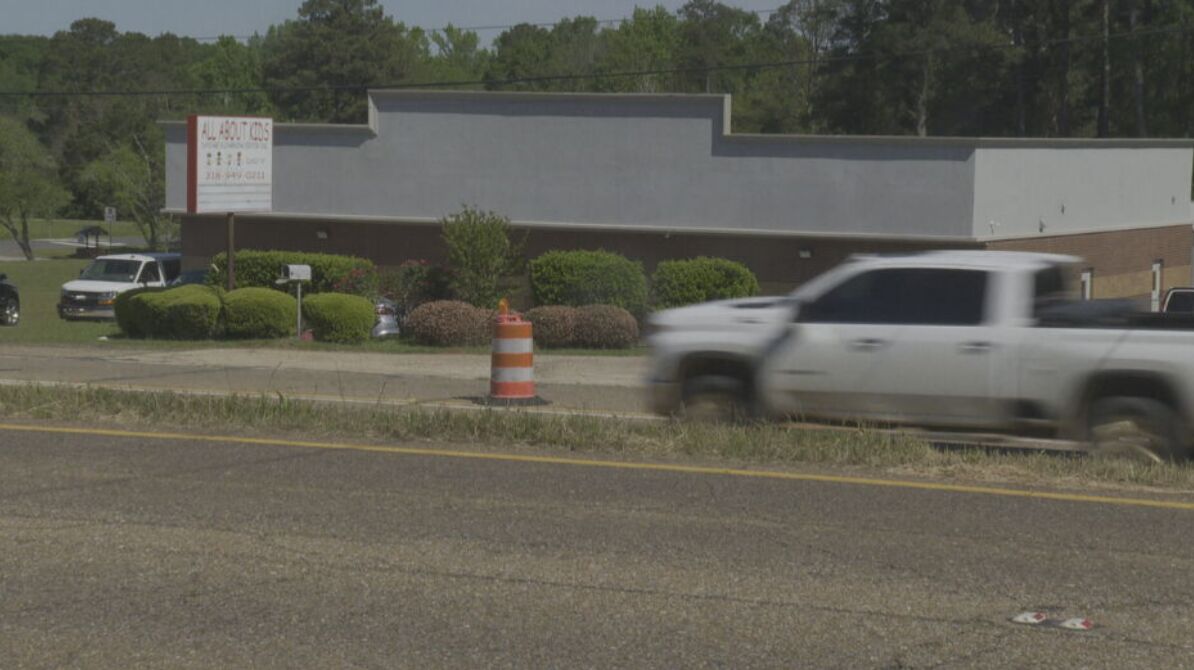 A pickup drives on the open westbound lane of traffic on Highway 80 in front of All About Kids Daycare. 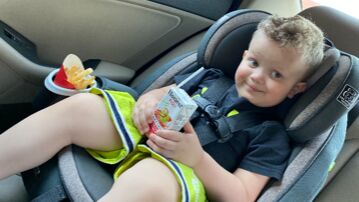 HAUGHTON, La. -- It was a terrifying close call for a toddler who got loose from his daycare center along a busy highway. A passerby and her son may have saved the young boy's life.

Courtney Brumfield says she had just checked her 3 year old son, Kingston, in at All About Kids Daycare on Highway 80 Tuesday morning. She had not driven far when she began getting calls from the daycare about her son.

Brumfield says when she returned to the daycare, she learned that a passerby, Patricia St. Andry, had spotted Kingston running on the highway a short distance from the daycare.

Of those operating the daycare, Brumfield says, "No one even knew that he was gone. Until this beautiful soul comes in with my son. And they're like, 'Oh my God! Kingston!'"

She was not happy with the explanation of how, she says, the little boy went through two doors to get outside.

"They have a story that, 'I turned around to wipe another kid's nose. And I turned around and he's gone.' But no one wonders where he went," Brumfield says.

The boy's saving grace may have been that he was running down a lane that is closed for construction. It's sectioned off with orange barrels and cones from the other westbound lane that's open.

"Whenever I seen this little boy, I was so scared that something was seriously wrong and that he'd gotten loose from a house or something," St. Andry said.

She described stopping her vehicle sideways to block traffic, while her 13 year old son, Andrew Miller, jumped out and scooped the boy up. He walked the boy to the daycare parking lot where St. Andry had pulled in.

"That's when a lady came out and asked me if she could help me with anything. And I told her I just found a little boy that I didn't know where he came from. And he was in the middle of the highway," St. Andry said. "And then another lady came out and said they had just contacted the mom."

Brumfield vented more anger at the daycare, saying, "There were no adults outside. He was just running down the highway alone, scared to death, calling out for his mom. And I just thank (St. Andry) so much. I just want to give her a huge hug and thank her for saving my son's life. 'Cause if it wasn't for her, there's no telling what would've happened."

Brumfield says the daycare has shown little remorse for the incident.

"Just because he didn't die yesterday, it's like, okay, he's fine. No, we're not fine. I am not fine," Brumfield said tearfully. "This is my baby. My whole world. My heart. I don't know what I'd do if I would've lost him."

The daycare's attorney, John Hayter sent a written statement with a differing version of what happened. It said in part, "Unfortunately, a child chose to evade his caregiver and was momentarily outside the center's building. The child never left the grounds and was located within seconds of exiting the building."

Hayter says the daycare has added safety measures to avoid a repeat.