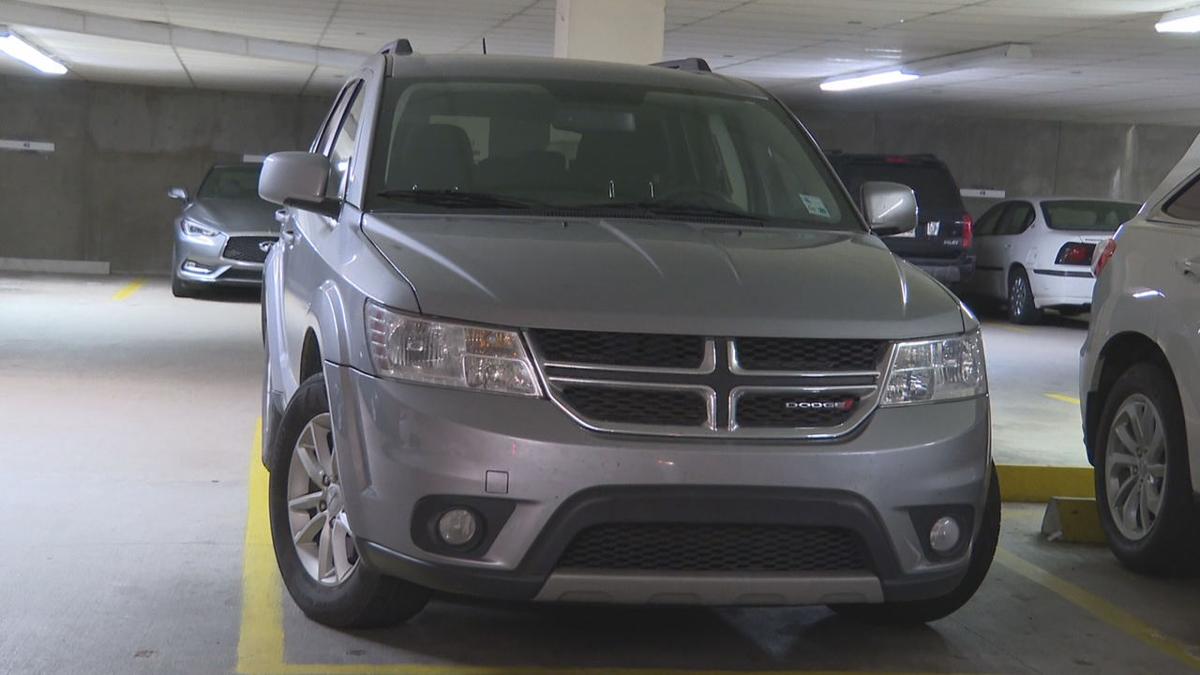 This is the Dodge Journey SUV, owned by the City of Shreveport, that Mayor Adrian Perkins used his first year in office.

Above is the section in Shreveport city code that spells out the mayor's car benefits.

SHREVEPORT, La. -- Mayor Adrian Perkins is dealing with a controversy over his use of a city vehicle -- and a big check he asked for.

The City's Internal Auditor, Leanis Steward, confirms she's reviewing the issue. She would not release details since her report is not finished. But here's what we know.

As part of the compensation package, Shreveport's Mayor can either claim a car allowance or use a vehicle provided by the city.

City code says the mayor shall receive an annual car allowance of $5,400. It's to be paid in equal monthly installments. Or instead, the city can furnish the mayor "a suitable automobile."

That auto assigned to the mayor's office is a Dodge Journey SUV. It was purchased under the Ollie Tyler administration in 2015.

Our source in city government says Mayor Perkins used that vehicle his first year in office, 2019. But last month, Perkins went to the Finance Department and also claimed the car allowance.

Through a public records request, KTBS 3 News confirmed that Perkins received a lump sum payment of $5,400 for the whole year, 2019. He also received two checks totaling $450 for the first month of this year.

When we asked the Mayor's office why he claimed both the allowance while also using the car, his spokesman gave a short written response. It reads in part, "Mayor Perkins elected for the allowance in 2019, because there wasn't a car assigned exclusively to him."

Referring to the Dodge SUV, Ben Riggs added, "Members of the executive staff continue to utilize that vehicle for routine city business."

City records show the Dodge was assigned to the Mayor's executive offices.

Riggs says the Mayor now drives his personal vehicle and will continue to receive the vehicle allowance. That vehicle is a newly purchased Tesla.

Council Chairman James Flurry says he went straight to Mayor Perkins to ask him about the situation. Flurry believes this is more of a case of Perkins getting misinformation -- and not an intentional double dip at benefits.

Flurry says Perkins told him that the Mayor went to the City Attorney and Finance offices about claiming the allowance.

"Nobody stopped it. Nobody told him. He went and got direction and guidance for it, and nobody said, 'Hey you can't do this.' And so that's the reason he did it," Flurry said. "I'm going to give him the benefit of the doubt. I'm going to say it's a mistake. Because of the guidance he got from the City Attorney."

But Flurry says if the audit finds Perkins should not have claimed the money, the council should take action.

"I think that we should work to resolve it. I think he should consider option 'A' of refunding some of the money back," Flurry says.

Councilman Grayson Boucher says, "We, as elected officials, have to always be good stewards of taxpayer dollars. I look forward to the completion of the Internal Auditor's investigation and will proceed as warranted when the investigation process is complete."

Mayor Perkins is also sometimes driven on official business by a member of his security team in an unmarked Shreveport police car.