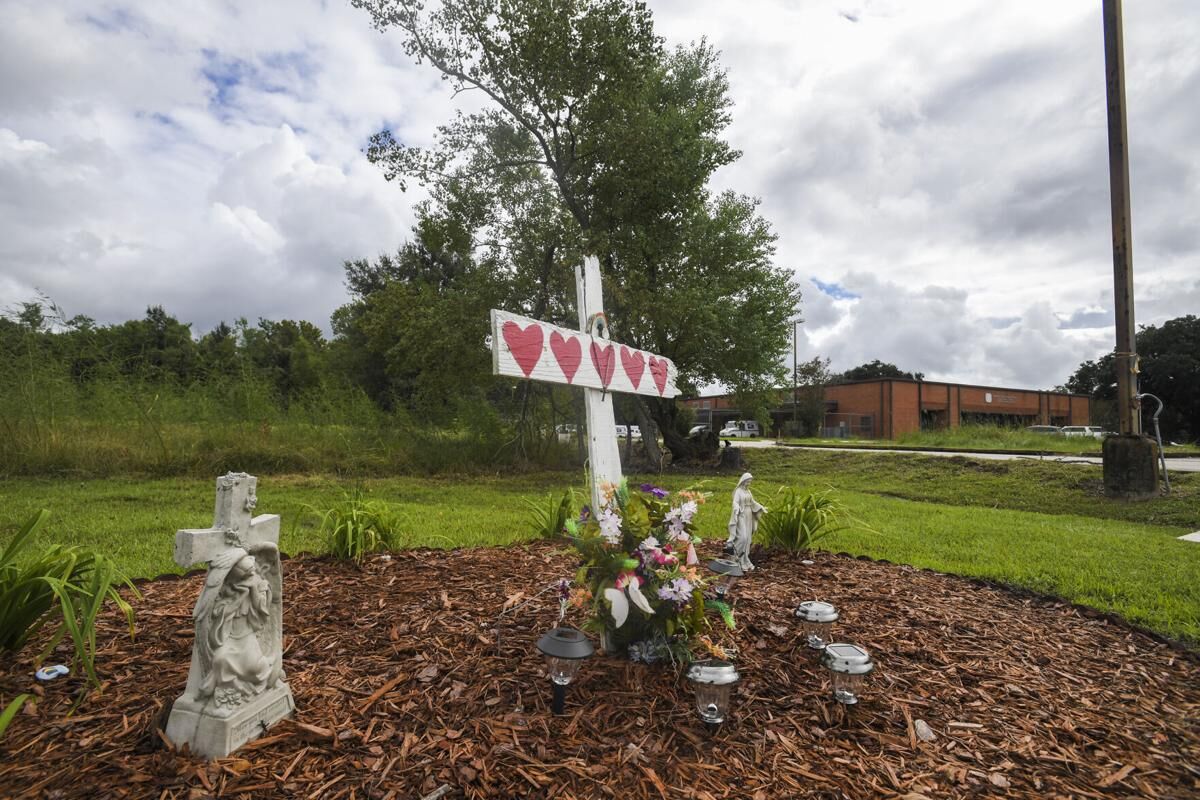 A memorial to the victims of a plane that crashed Dec. 28, 2019, on take-off from Lafayette Regional Airport en route to the Peach Bowl in Georgia featuring LSU is shown at the United States Post Office on Feu Follet Road Thursday, September 16, 2021 in Lafayette, La. (Photo by Brad Kemp, The Acadiana Advocate) 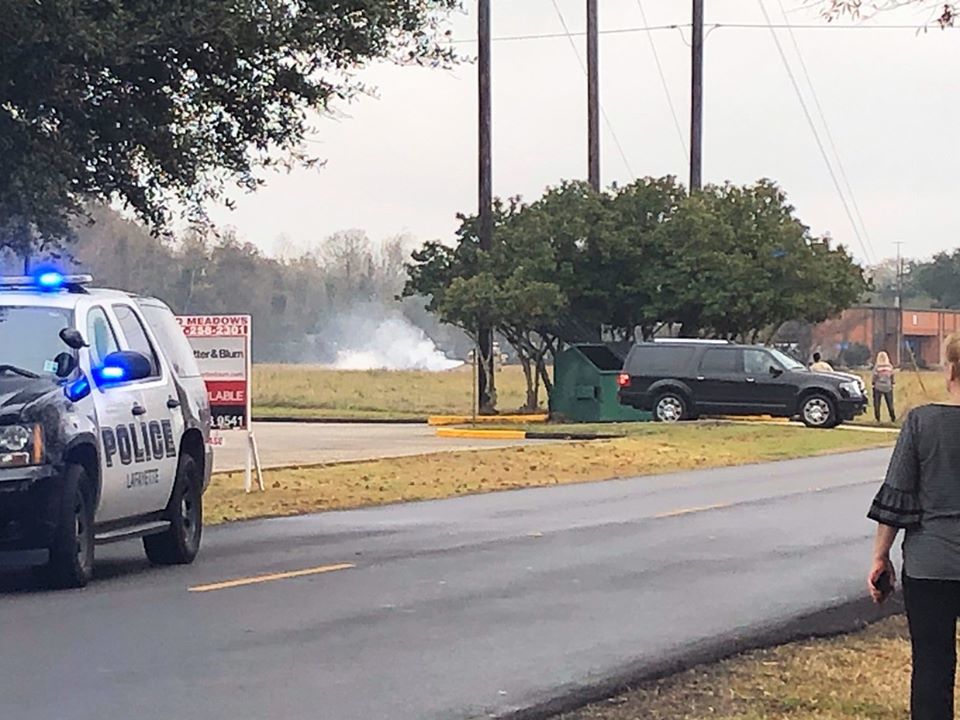 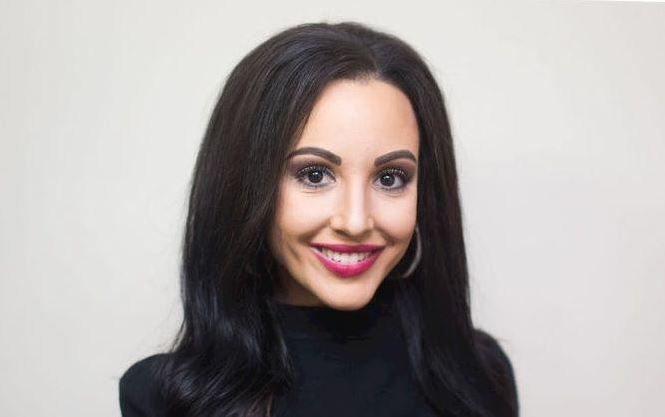 LAFAYETTE, La. - Investigators found evidence suggesting propellers on a small plane that crashed in Lafayette Dec. 28, 2019, killing five people on their way to an LSU Peach Bowl game, weren't rotating as they should have been and there was abnormal drag on the aircraft.

Reports released Sept. 14 by the National Transportation Safety Board reveal more details about the Dec. 28, 2019, crash of a small plane shortly after take-off from Lafayette Regional Airport, that killed the pilot and four passengers, including Carley McCord Ensminger, daughter-in-law of LSU offensive coordinator Steve Ensminger.

The plane was owned by Global Data Systems and Southern Lifestyle Development.

One of the reports dated May 21, 2020, concludes there was more drag than normal on the airplane during its final descent. While the cause is unknown, the report suggests it "might result from drag on the propellers following a sudden reduction in power to the engines."

An April 30, 2020, report describes a sound analysis of surveillance video from two buildings the plane flew over just before crashing along with an analysis of the propellers. The report suggests the plane's propellers were not rotating at maximum speed.

Several witnesses said seconds before the crash it sounded like the engines were straining or losing power, while others said it sounded like the engines were going "full throttle" before the plane passed low over an apartment complex and struck power lines next to a post office on Feu Follet Road. The plane ultimately landed in a field where it broke up and caught fire.

The reports, which include interviews with witnesses and a surviving passenger along with inspections of recovered parts of the plane, do not appear to contain the final report on the crash and reach no final conclusions as to what caused the crash.

The Piper Cheyenne twin-engine turboprop plane went down around 9:20 a.m. Dec. 28, less than a minute after take-off.

Those on board included Ensminger, 30, a sports broadcaster; Gretchen Vincent, 51; and her son, Michael Walker Vincent, 15, who sat up front in the co-pilot's chair. He received his student pilot certificate in September 2019 but was not authorized to fly the plane. These three were seated on the right side of the plane and died in the crash.

The pilot, Ian Biggs, 51, sat up front on the left. Robert Vaughn Crisp II, 59, sat behind Biggs facing the back of the plane. Both perished in the crash. Also on the left side, facing Crisp, sat Stephen Wade Berzas, 37, who survived but suffered massive burns.

Danielle Britt was in her vehicle in the parking lot of the post office where her husband worked when the plane swept down, flipping her vehicle and setting it on fire. She suffered burns to about 30% of her body but survived.

The plane last was flown on Dec. 18, 2019, ten days before the fatal crash, records show. The pilot last received training in April 2019. Toxicology results show no signs of drugs or alcohol in the pilot's system at the time of the crash.

Some parts of the reports are technical in nature, describing such things as the condition of small plane parts recovered after the crash and whether there appeared to be pre-crash damage to them and detailing proper weight distribution of passengers, fuel and baggage.

Records show after the plane lifted off, the pilot indicated he was going to 2,000 feet. He acknowledged instructions to go to 10,000 feet, but failed to respond when an air traffic controller warned that he was only at 300 feet. Witnesses said the plane was in a steep bank to the left before it crashed.

Berzas, the lone surviving passenger, said before take-off everything seemed normal. Everyone was excited about the LSU game and were getting acquainted with Ensminger, who some had just met. He sat down and buckled his seat belt, but wasn't sure if the other passengers did or not. The pilot, he said, did not instruct them to buckle in.

Once the plane was in the air, Berzas told investigators, it pitched up like the pilot was trying to rise above the clouds. Sometimes, he said, the pilot would take off, stabilize the aircraft then climb aggressively, according to the interview. A jolt or harder than normal pitch prompted Crisp to say they were going up. A few moments later, Berzas said, Crisp remarked, "We are going down, people."

Berzas said he looked out the window and saw the ground for a moment. He told investigators it still felt like the plane was climbing right up until the impact sequence began. He didn't hear any unusual sounds from the engine and heard nothing from the pilot.

When he realized the airplane was going to hit the ground, Berzas "braced for impact, grabbed his seat belt buckle, and tucked his head down," the report indicates. As the impact began, he said he heard noise and crunching, but recalled hearing nothing from the other people on the plane.

"When the airplane hit the ground, there was an immediate fireball that came from the front right side of the airplane," the report states. Berzas held his breath and kept his head down as the airplane slid and then came to a stop. He was dangling nearly upside down and his right arm hurt. He unbuckled his lap seatbelt with his left arm and then quickly walked away from the airplane."