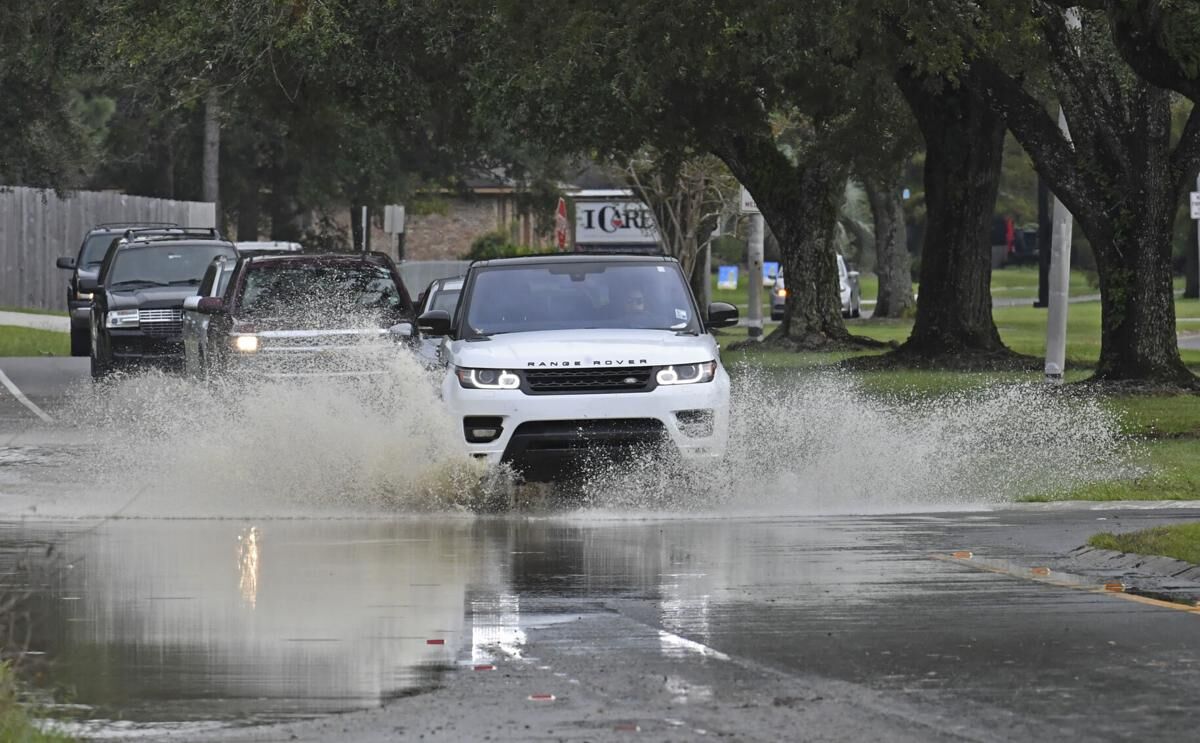 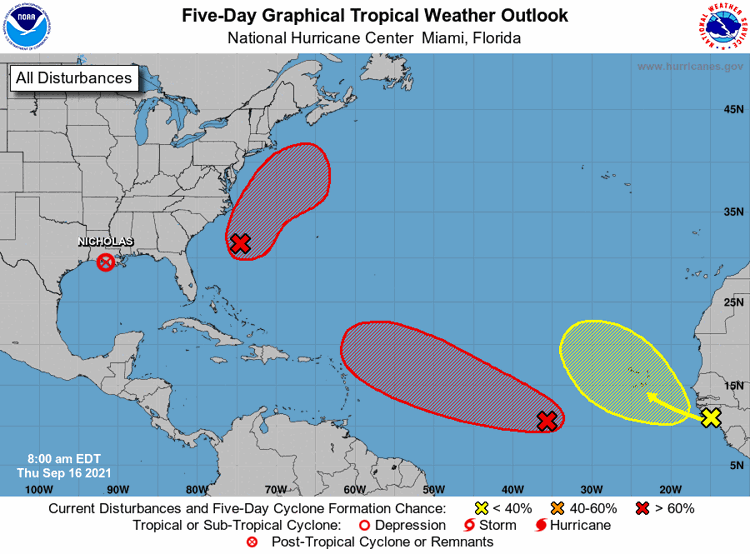 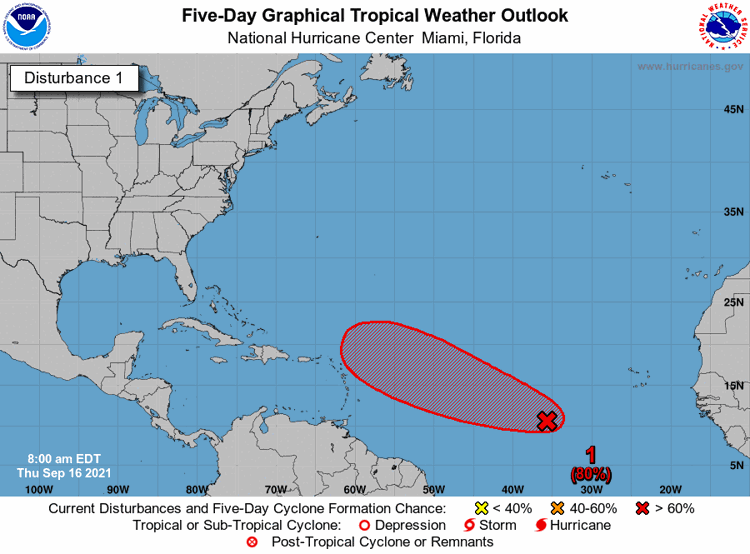 NEW ORLEANS - The remnants of Tropical Depression Nicholas have stalled over Louisiana, forecasters said Thursday morning, and will bring increased rain chances for the next couple days.

Flash flooding is the biggest threat and most of southeast Louisiana remains under a flash flood watch until 7 p.m. Friday.

An additional 2 to 4 inches of rain are possible across the Gulf Coast through Friday, with isolated storm totals of 12 inches possible, according to the morning update from the National Weather Service's Weather Prediction Center.

In addition, hurricane forecasters are tracking three disturbances in the Atlantic, with two of them likely to develop into tropical depressions within days.

The system is nearly stationary, forecasters said, and is crawling north at a mere 2 mph. It's expected to continue to drift north over the next couple days.

It has winds of 25 mph, and slight weakening is expected Thursday.

"The center of Nicholas may become ill-defined over the next couple days as it struggles to develop minimal thunderstorm activity near its center," wrote Alex Lamers, a forecaster with the Weather Prediction Center.

Flash flood watches are in effect for portions of southeast Louisiana, southern Mississippi, southern Alabama and the Florida panhandle.

A flash flood watch is in effect for south Louisiana through 7 p.m. Friday.

A watch means conditions are favorable for flooding. It does not mean flooding will occur, but it is possible. A warning is issued when flash flooding is imminent or occurring.

Louisiana officials warned that debris from Hurricane Ida could block storm drains, so flooding could occur more easily than usual.

Residents should check and clear their catch basins and gutters, officials said, and stay off the roads when a round of heavy rainfall is moving through.

In addition to Tropical Depression Nicholas, hurricane forecasters are tracking three disturbances in the Atlantic.

Two could develop into tropical depressions this week, they said.

A tropical depression is likely to form late this week or this weekend from a system in the Atlantic, hurricane forecasters said.

The system is a few hundred miles southwest of the Cabo Verde Islands and became a little less organized overnight, forecasters said.

It has an 80% chance of developing into at least a tropical depression within five days.

It's moving west to northwest, and it's too soon to tell if it could be a threat to Louisiana.