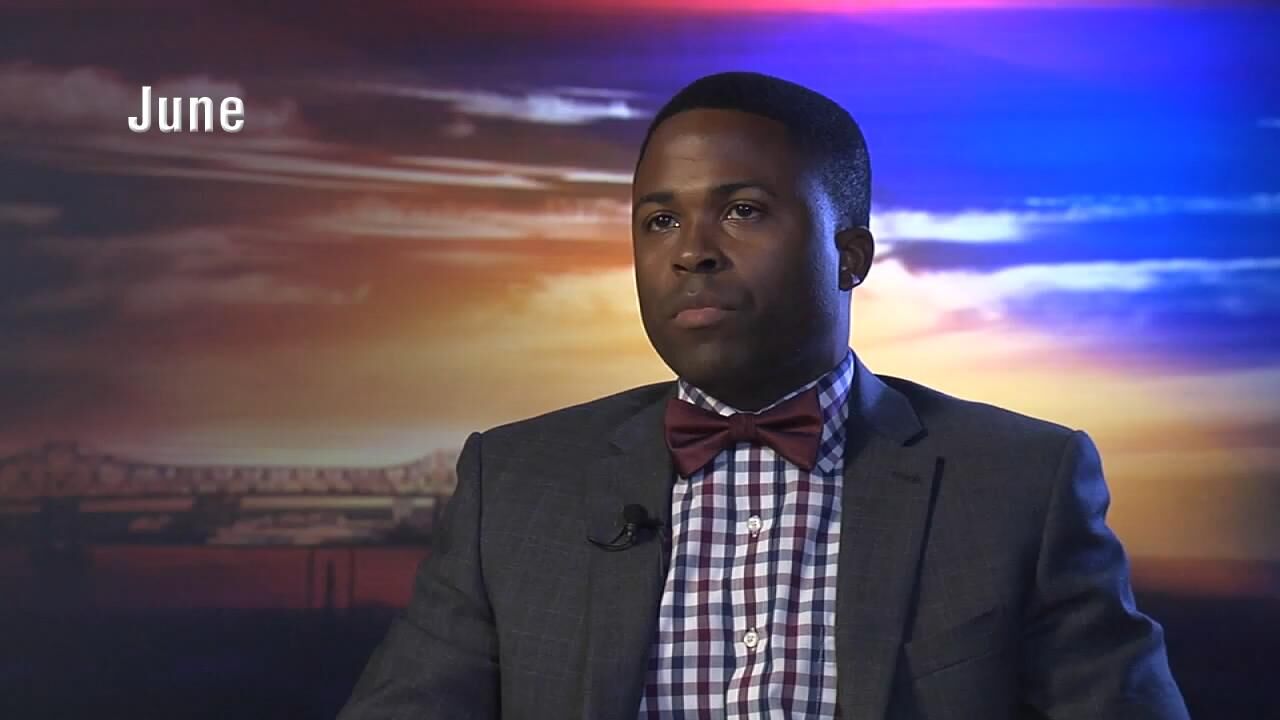 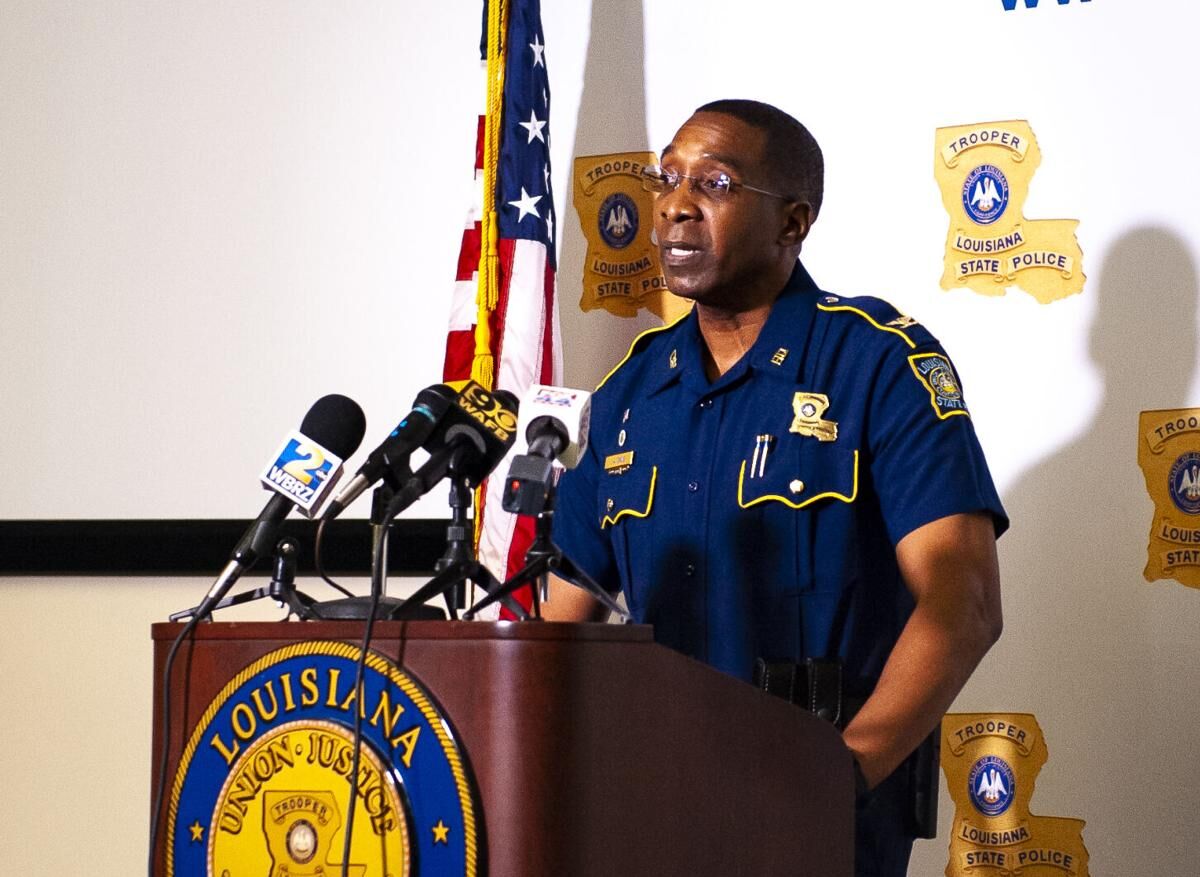 Col. Lamar Davis, commander of Louisiana State Police, speaks at a press conference about Ronald Greene, a Black motorist who died after being beaten during a traffic stop. (Photo by Alyssa Berry, The Advocate) 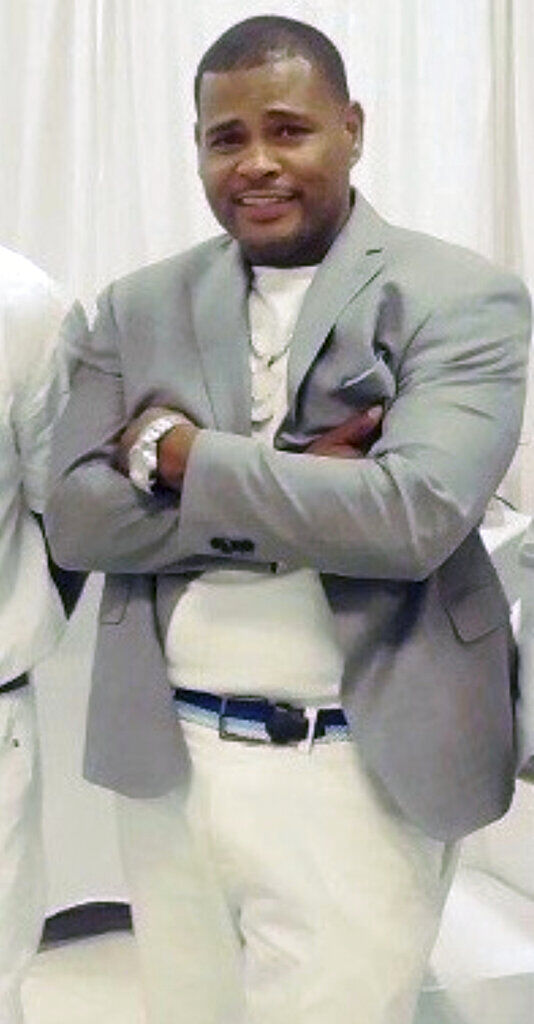 FILE - This undated photo provided by his family in September 2020 shows Ronald Greene. Authorities initially said Greene died in May 2019 after crashing his vehicle into a tree following a high-speed chase in rural northern Louisiana that began over an unspecified traffic violation. But Greene's family alleges troopers used excessive force and "brutalized" him while taking him into custody. (Family photo via AP)

It appears that Carl Cavalier’s days as a Louisiana State Trooper are numbered.

After going public with allegations of brutality and racism against fellow troopers amid a federal investigation into a series of violent arrests, the self-styled whistle-blower received notice this week that he is being fired.

Cavalier, 33, received a letter from State Police Superintendent Lamar Davis that he was found in violation of department policy for speaking out about the death of Ronald Greene during a brutal arrest by troopers.

Cavalier had given interviews to WWL-TV, as well as WBRZ-TV in Baton Rouge and WBOK-AM in New Orleans, expressing disappointment that it took body camera video leaked to the media before any disciplinary action was taken against troopers involved in Greene’s death and other violent arrests.

The notice of termination comes as Cavalier serves a five-week unpaid suspension for publishing a book under a pseudonym that details misgivings of being an African-American officer in a sometimes hostile racial environment. Cavalier’s firing is expected to become effective in 45 days.

Cavalier’s claims of racism are also outlined in a lawsuit he filed Sept. 30 against the State Police alleging discrimination at the hands of superior officers. In the suit, Cavalier claims the unfair treatment began in 2018 after he issued a traffic ticket to a Houma police officer.

“After issuing a ticket to a narcotics officer with the Houma Police Department, Petitioner’s supervisors began subjecting all tickets and reports to additional scrutiny,” Cavalier wrote in his petition. “Including, but not limited to, watching body-worn camera video not related to use of force, requesting that incident reports be edited and/or rewritten, receiving harsh criticism over minor issues where other LSP commissioned officers were not reprimanded.”

Cavalier said he filed an internal grievance alleging discrimination, but claimed he was then subjected to a series of transfers and demotions. The seven-year LSP veteran said he even took his issues to Superintendent Davis, who is also African-American.

In his lawsuit, Cavalier states that Davis “suggested that Petitioner read the book ‘Chop Wood Carry Water: How to Fall in Love with the Process of Becoming Great.’ ”

Cavalier went public with complaints about brutality cases being covered up after media reports showed graphic video of the 2019 arrest of Greene in North Louisiana.

Troopers initially reported that Greene died of injuries suffered in a car accident after a high-speed chase, but the long-suppressed body cam video captured Greene practically begging for his life as he was shocked with a stun gun, beaten and dragged while in handcuffs and shackles.

The report states that lacerations on Greene's head were “inconsistent with motor vehicle collision injury. These injuries are most consistent with multiple impact sites from a blunt object.”

Published while the country was still reeling from images of George Floyd being murdered under the knee of Minneapolis police officer Derek Chauvin, the video of Greene’s death made national news overnight.

But the initial State Police response was to blast the leak as unauthorized amid ongoing federal and state investigations.

Days after Greene story broke in a story by the Associated Press, the State Police reversed their position and released additional video. But to Cavalier, that only raised more questions about why it took 474 days before the agency to launch an investigation that he had heard about much earlier.

“There are killers,” Cavalier said in his WWL-TV interview, “and there are people who are OK with the killers being on the job. And that's the people who are a part of the cover up.”

“I considered it a murder,” Cavalier said. “Because why else would we hesitate to be transparent about it? Why else would we not do our jobs and hold these guys accountable? Why else? What other reason?”

Federal and internal scrutiny that started with the Greene case has expanded to include other allegations of excessive force. Some of the troopers involved in Greene's death have been fired and criminally charged in that case and others.

At the same time, scrutiny of Cavalier also ratcheted up, including a demotion from his post in the Bureau of Investigations to the Gaming Division.

On Aug. 2, shortly after his radio appearance, Cavalier was placed on paid administrative leave. This disciplinary letter he received outlines that the trooper was flagged for potential violations of loyalty, making public statements and not following orders.

During Cavalier’s suspension, he received support for his outspoken views from a range of voices, including the Urban League of Louisiana, NAACP and State Sen. Cleo Fields.

In his lawsuit, Cavalier is seeking unspecified damages. He said he is in the process of amending his petition to request reinstatement.

A State Police spokesman did not respond to a request for comment Tuesday.