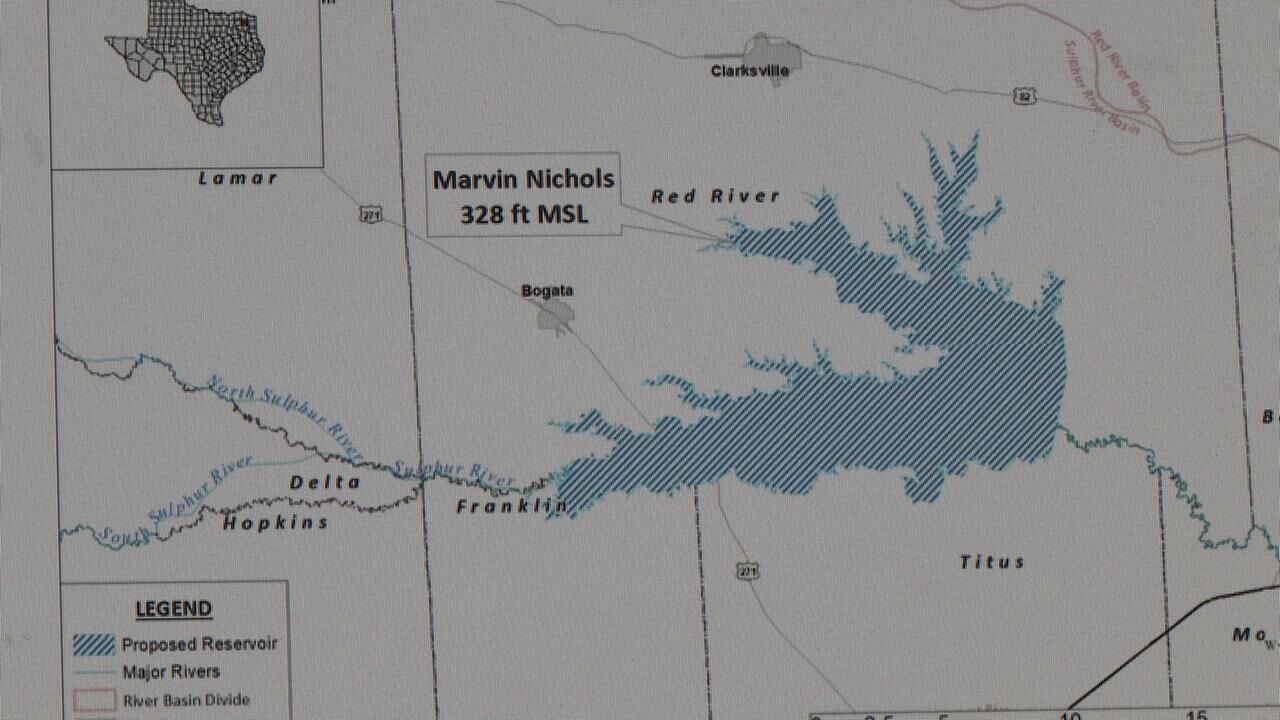 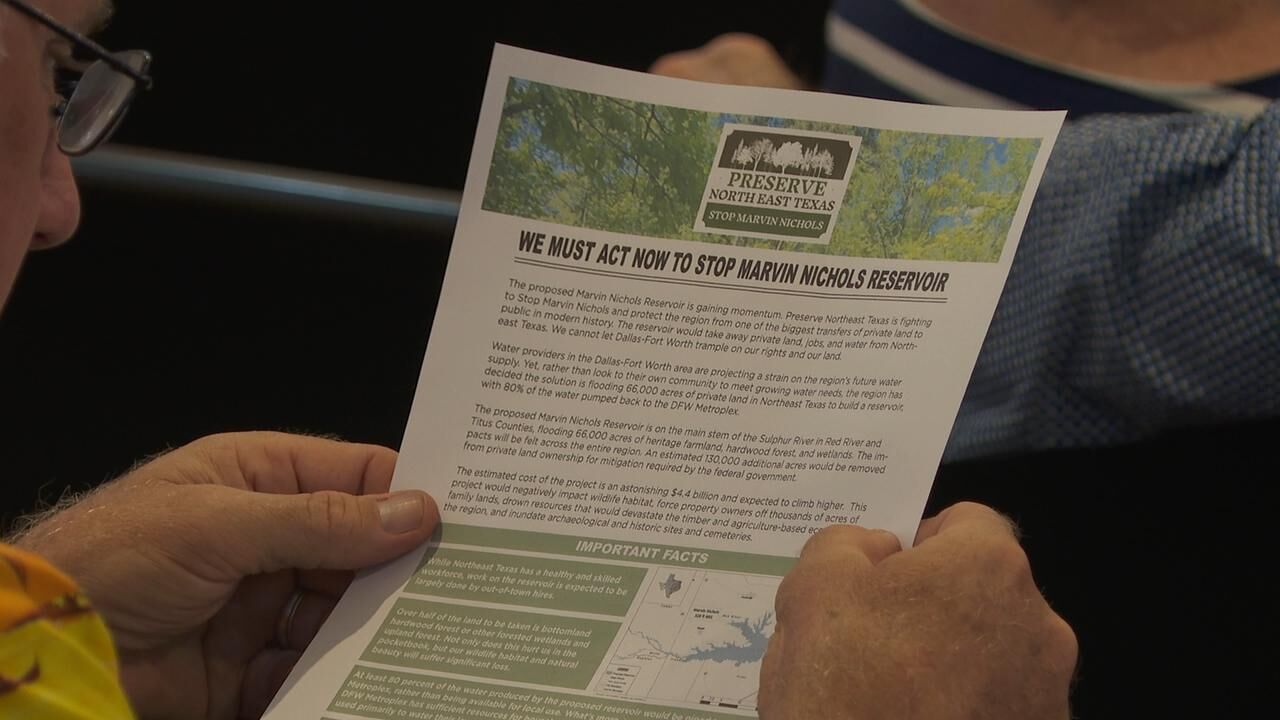 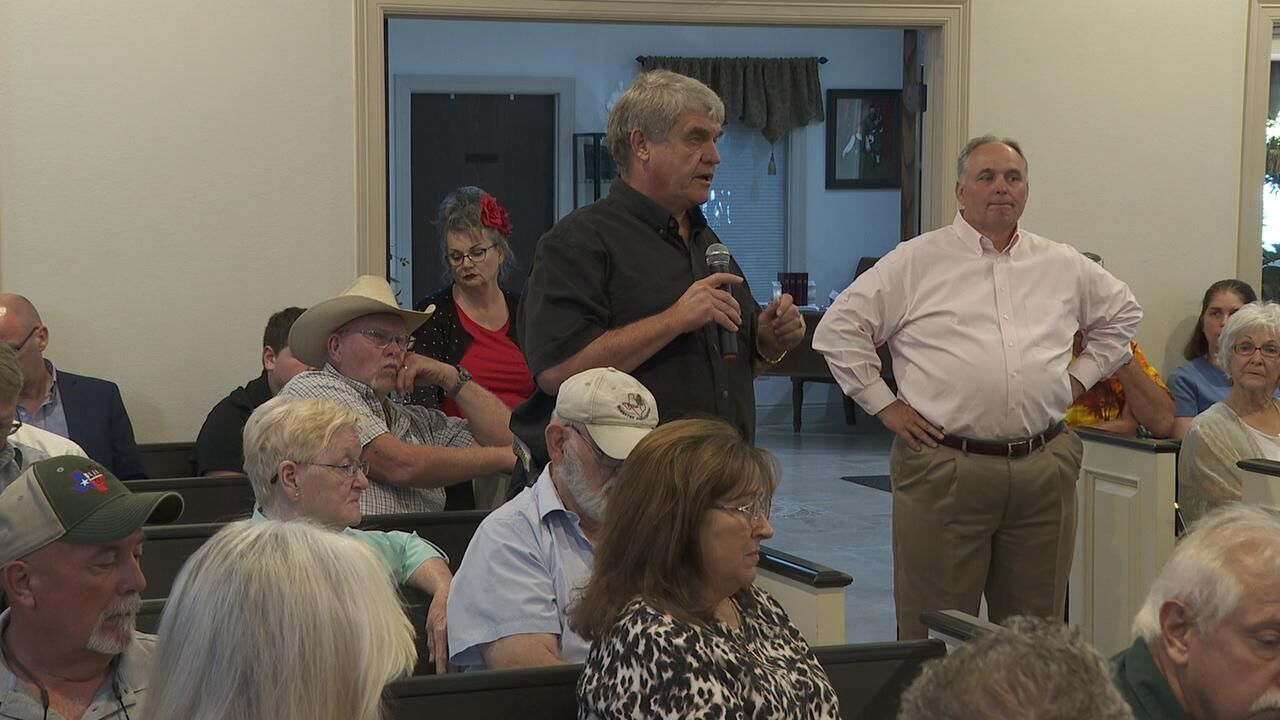 TEXARKANA, Texas - It's a fight that's been brewing for decades, the controversy over proposed Marvin Nichols Reservoir.

The proposed reservoir would be built on the Sulphur River in parts of Red River and Titus counties about 45 miles from Texarkana. It's designated as a water supply for the Dallas area.

Over the last few years, headlines over the Marvin Nichols Reservoir faded out of the spotlight, but the proposition is now gaining new momentum. Proponents of the reservoir are moving the target date for constructing the lake from 2070 to 2050.

That's why a group called, Preserve Northeast Texas, is joining forces again to stop the project.

The reservoir is estimated to cost about $4 billion. It would permanently flood around 66,000 acres in east Texas and pump about 80% of water from the Sulphur River to the DFW metroplex.

Opponents of the plan say it would impact thousands of acres of heritage farmland and harm wildlife and wetlands.

Linda Price, who works for Ward Timber, said it would also be devastating on the economy.

"We get a lot of our hardwood in the basin, and so if you take that out of the market. You will have to go further out to get your timber, which will increase the cost and then increase the price," said Price.

While the proposed reservoir would be located in the piney woods of east Texas, Price said it would only benefit urban areas in northeast Texas.

"I don't feel like the metroplex should be the one who is going to control what our economy and our industry is," said Price.

Nancy Clements, a second generation tree farmer in Douglasville, said, "It concerns me big time because I could lose all of my land to mitigation or some of it."

Clements said it's hard to make plans with the project looming over her family. The cost of replanting is expensive, especially not knowing if the land will be taken from them or not.

"That is my retirement and my children's inheritance and their retirement. It's not right to lose that," said Clements.

Bonnie Wright is also fighting the project. Her family has owned land in Douglasville since 1976.

"We've got to fight them to try and keep our water and our lands, our home places. We've got to stand together and try to get it stopped," said Wright.

According to the Texas Water Development Board, the state’s population is expected to explode by 73% over the next 50 years.

DFW officials said that conservation efforts and improved water reuse projects will not reduce demand enough to eliminate the need for a new reservoir.