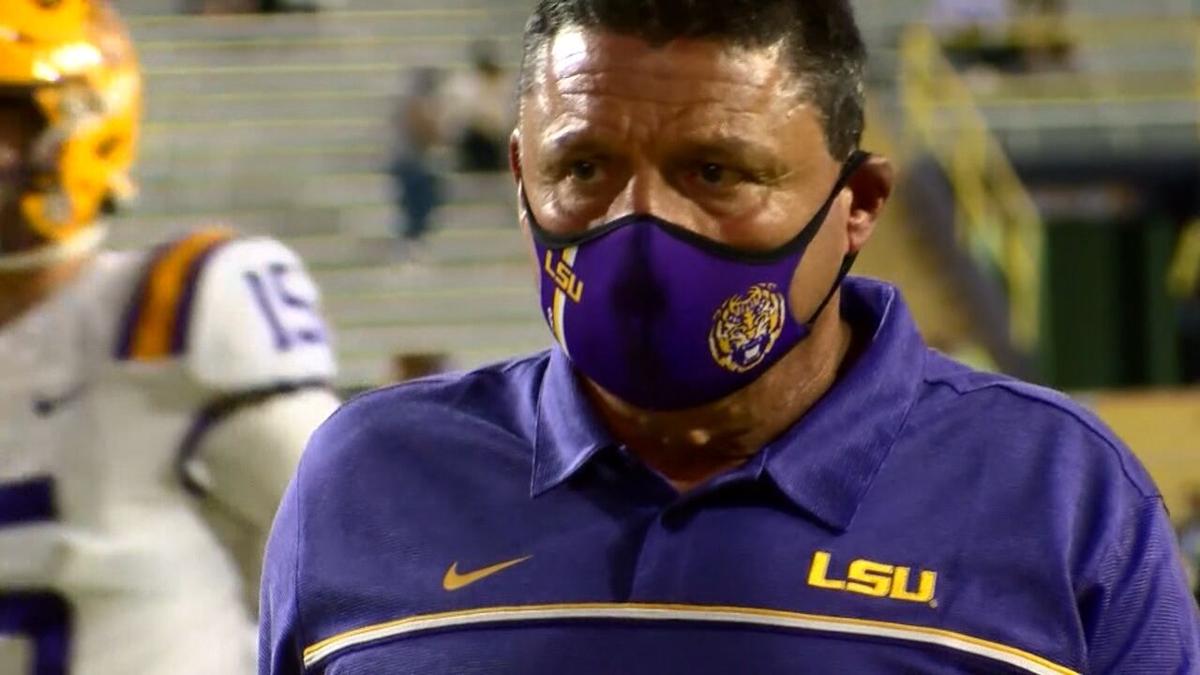 The first-year coach watched his Razorbacks lose 63-35 to the Gators from his poolhouse in Fayetteville with his dog, Lucy.

“It was difficult,” Pittman said. “You’re not there and you feel like if you were you might impact the game. I missed being around the guys. It was hard. Lucy don’t say much and she wasn’t too much into the game. I had to be by myself.”

Pittman was expected to be cleared to rejoin the team for Saturday’s home game against LSU as Arkansas (3-4) tries to get its best season in several years back on track.

LSU has struggled with COVID-19 issues for much of the season.

The Tigers (2-3) were forced to cancel last week’s game against No. 1 Alabama. Coach Ed Orgeron remained hopeful the game will be played, but acknowledged that the window of opportunity for the contest was a small one.

“We look forward to rescheduling Alabama whenever they tell us to play,” Orgeron said. “We want to play. We wanted to play last week. We weren’t able to play because of the safety of our players.”

“Some of the players who were quarantined had already had COVID in the past,” he said. “That was protocol. I’m not a doctor. I don’t make the rules.”

Orgeron said he expected most of those players to rejoin the team this week.

LSU has not played since Oct. 31, a 48-11 loss to Auburn. Because of the high number of players in quarantine, the Tigers were limited in practice last week, Orgeron said.

Pittman praised the LSU coach for blazing the trail for other non-coordinators to land head coaching jobs in the college ranks.

“I told him that I believe he gave us non-coordinators an opportunity and maybe it makes it easier for athletic directors to hire non-coordinators,” Pittman said. “He was a D-line coach the majority of his life. There were three, four others, but he really started it for us to be head coaches.”

Pittman said the Razorbacks need to continue to find ways to get sophomore Treylon Burks more involved in the offense. The sophomore, whom Orgeron said he heavily recruited as well, has 34 catches for 508 yards and five touchdowns — all team highs for the season.

“We do have to target him more,” Pittman said. “He has to become a better practice player. There are things he can do ... run better routes. It’s not being negative toward him. It goes hand-in-hand. You have to call plays to get him the ball and he’s got to work to get open.”

Orgeron indicated that freshman quarterbacks T.J. Finley and Max Johnson will take snaps Saturday. Myles Brennan, who was the starter earlier in the season, has not played since early October after an injury. Finley is 30 of 45 for 408 yards and two touchdowns with three interceptions. Johnson is 15-of-24 passing for 172 yards with one touchdown and no interceptions.

Child sex trafficking and the laws that help young victims

What are your plans for Thanksgiving this year, during the pandemic?

With news of a second COVID-19 vaccine on the horizon, are you going to get a vaccine once one is available?