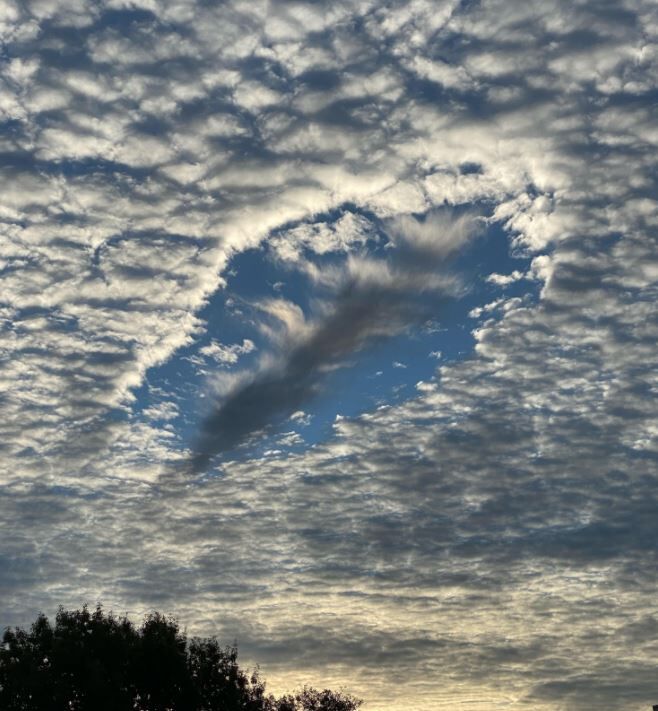 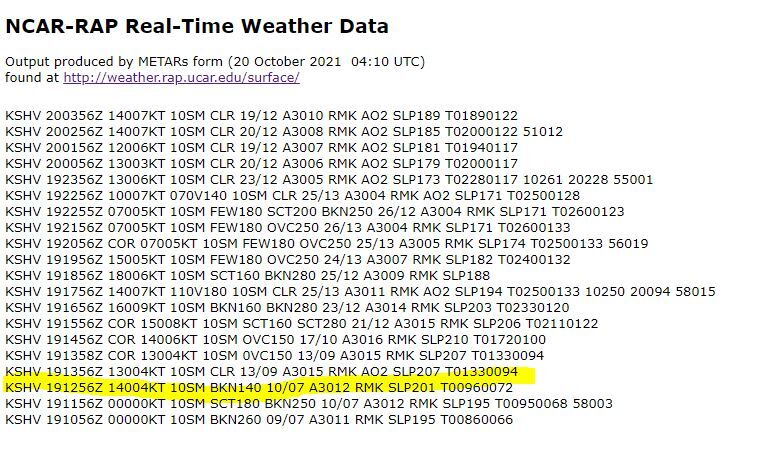 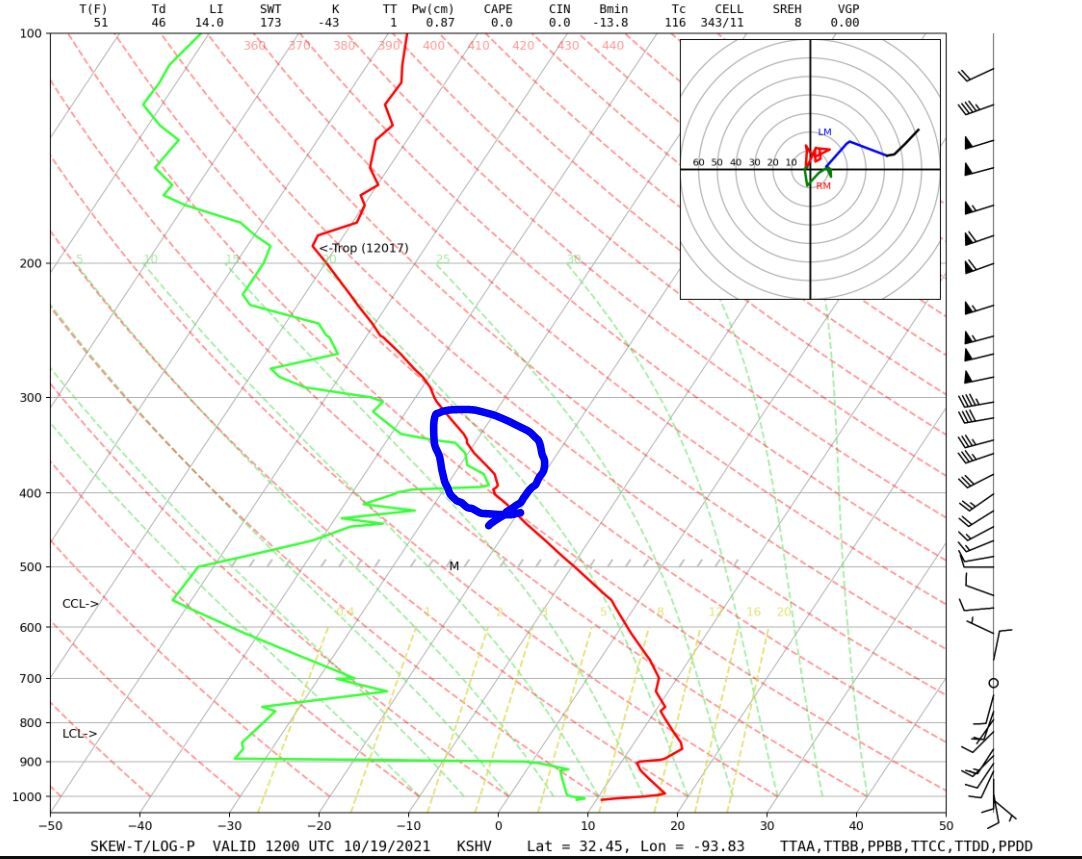 SHREVEPORT, La. - Neal Cowen of Cowen Studios sent us this Hole Punch Cloud picture.  He indicated that his son who works for NOAA in Anchorage, Alaska said it was fairly rare.

The METAR observations at the Shreveport National Weather Service showed the Alto-Cumulus deck was at 14,000 Feet.

The Skew-T/Log-P Diagram from the 12Z Weather Balloon launch indicated cloud temperatures were near -25 C or -13 F.