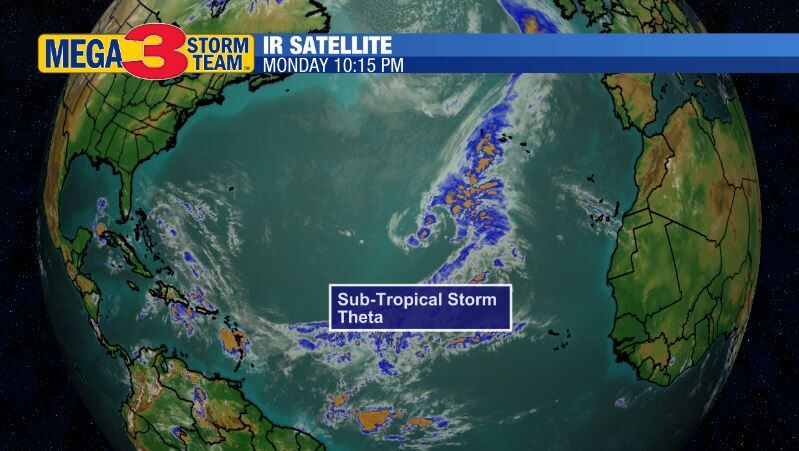 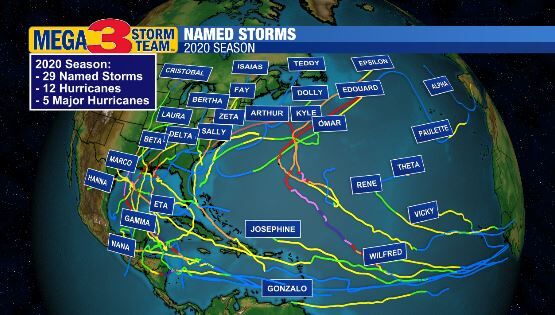 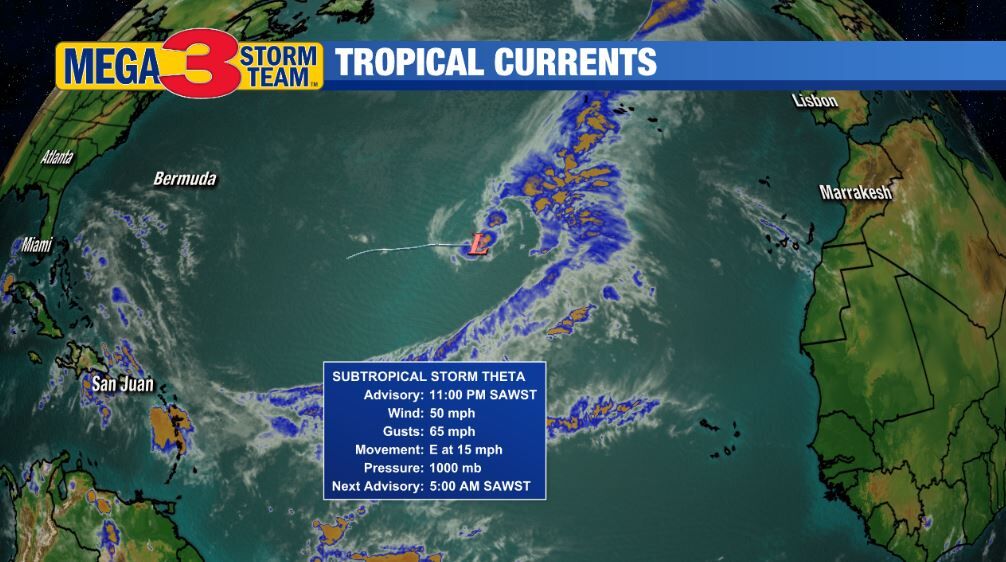 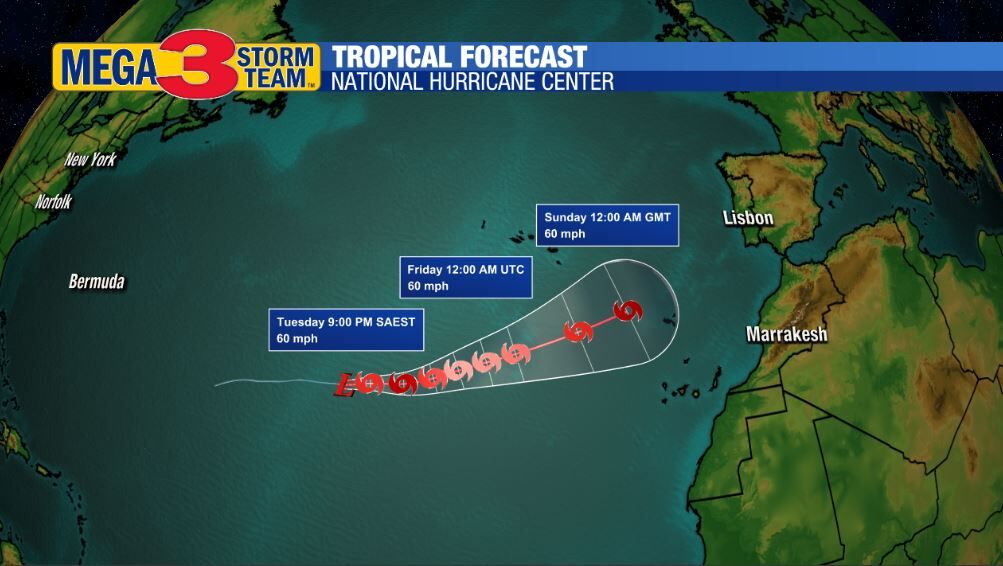 According to the National Hurricane Center, it's the record setting 29th named storm of the 2020 season.  Second in line is the 2005 season with 27 named storms and one un-named added later.

Here is the latest.  Theta had 50 mph winds with higher gusts and movement was to the east late Monday.

The storm is not a threat to the US.  Movement is projected toward Europe in the coming days.

Follow this system and Eta with the KTBS 3 Hurricane Tracker.