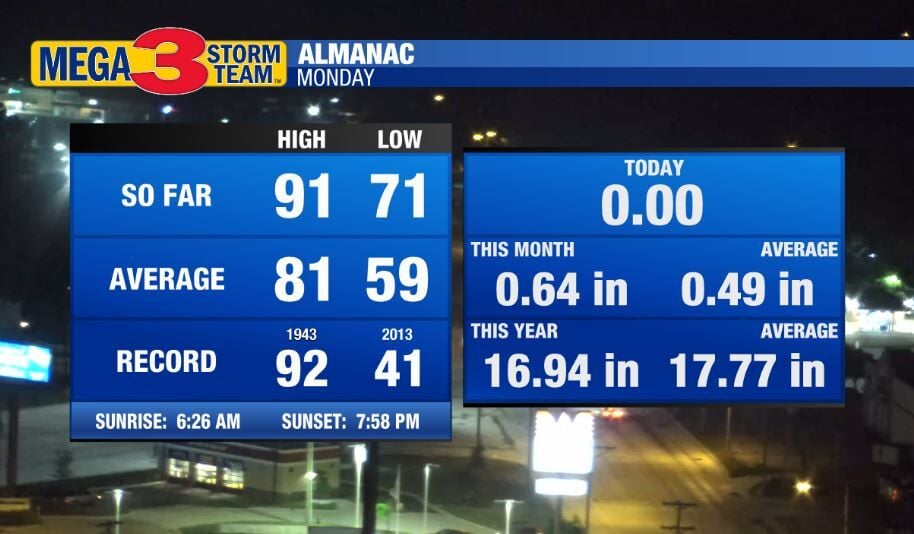 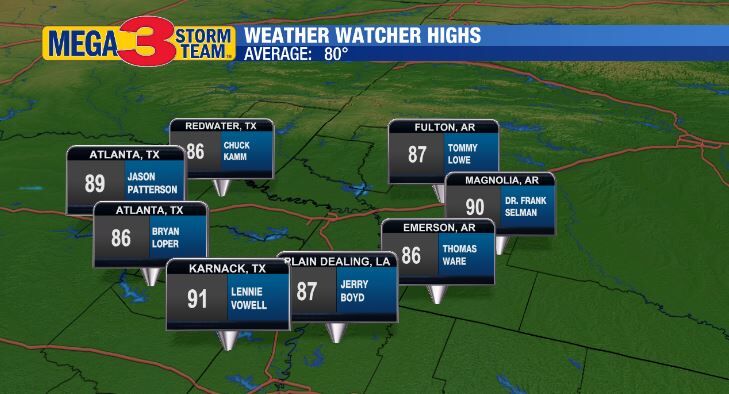 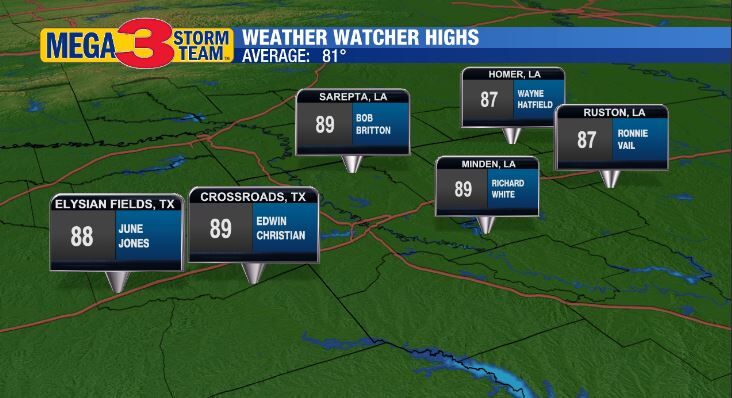 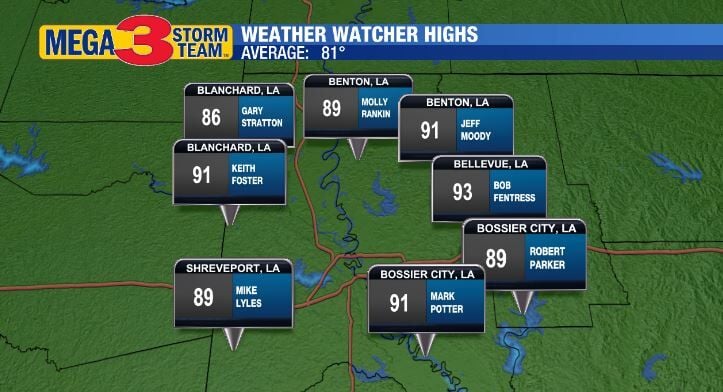 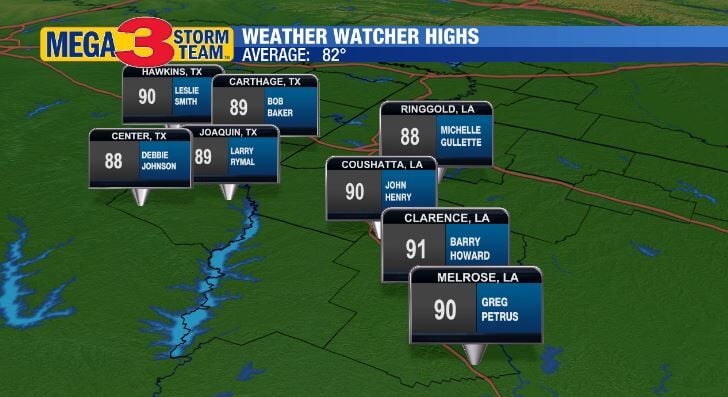 SHREVEPORT, La. - Summer-like heat invaded the ArkLaTex Monday afternoon.  Highs reached the 90s in many locations including in Shreveport.  The National Weather Service indicated a high of 91 which was one degree shy of the record!

The KTBS 3 Weather Watchers also experienced the heat.  Here are some of their highs:

Central sections were in the 80s ranging from 87 in Ruston according to Ronnie Vail to 89 in Crossroads as reported by Edwin Christian.

The Metro area was a little hotter with 93 in Belleview as reported by Bob Fentress.  Mark Potter, Jeff Moody and Keith Foster were all just a few degrees back.

Toledo Bend was also rather warm.  Leslie Smith, John Henry, Barry Howard and Greg Petrus all were in the 90s.

Join our group of dedicated KTBS 3 Weather Watchers by registering here.  Then, send us your data.