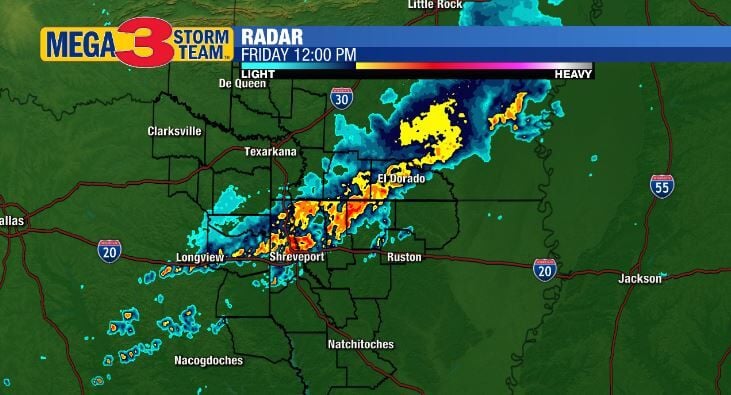 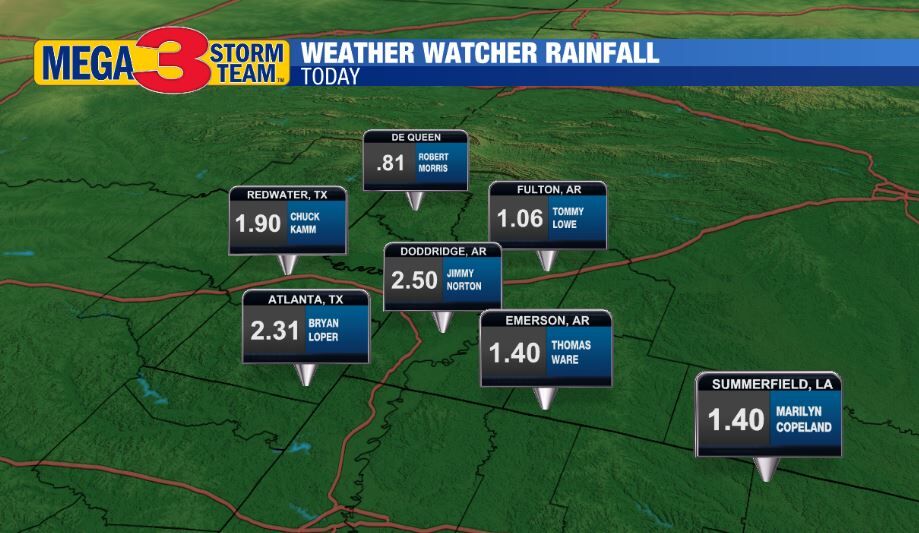 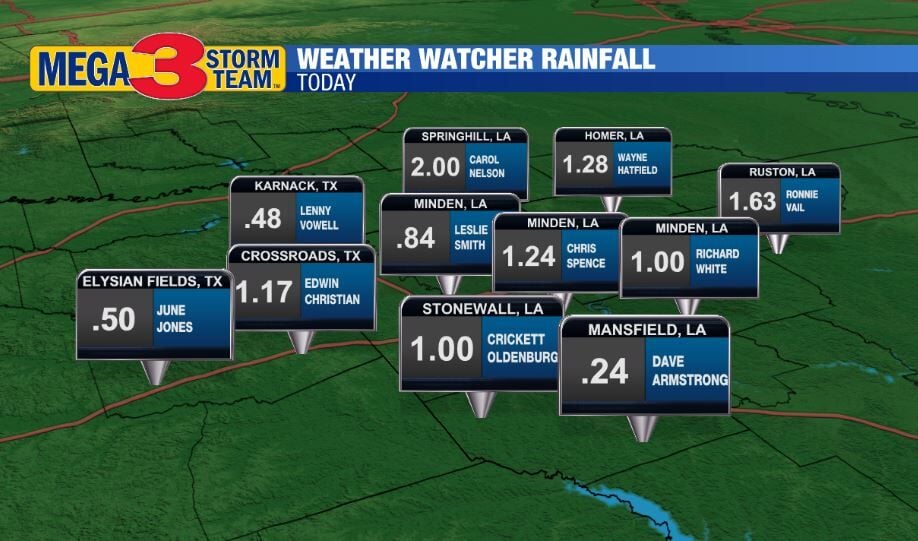 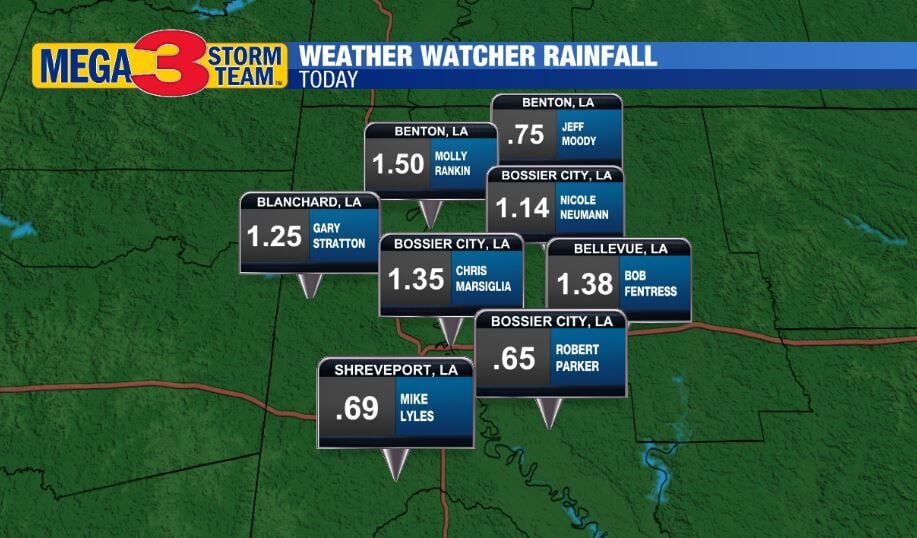 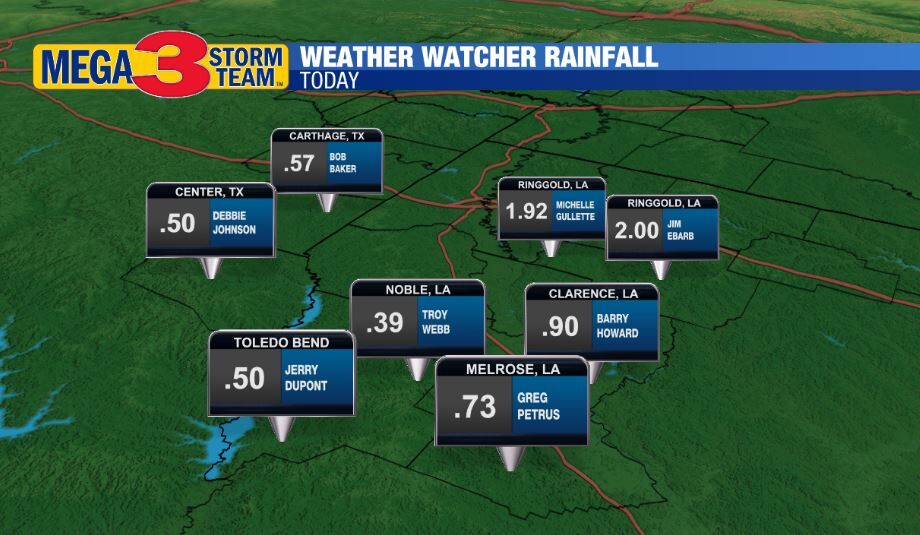 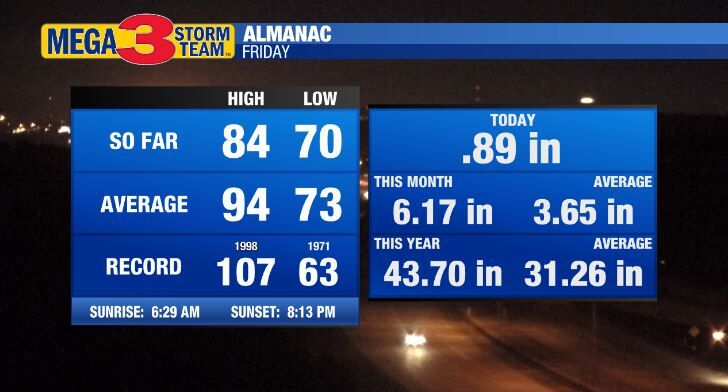 SHREVEPORT, La. - Showers and storms along a cold front pushed through the ArkLaTex on Friday.  Rainfall varied across the area from near a quarter of an inch to well over two inches.

Northern Weather Watcher rain totals were from .81 inches in DeQueen according to Robert Morris to 2.50 inches in Doddridge as reported by Jimmy Norton.

In the central part of the ArkLaTex, rain amounts varied quite a lot from a quarter inch in Mansfield as measured by Dave Armstrong to 2.00 inches from Carol Nelson in Springhill.

Around the metro area, Mike Lyles in Shreveport and Robert Parker in Bossier City both had about two thirds of an inch for the lowest totals.  Molly Rankin in Benton registered 1.50 inches for the highest.

Finally, Toledo Bend picked up less precipitation overall.  Troy Webb in Noble, Jerry Dupont on Toledo Bend, Debbie Johnson in Center and Bob Baker in Carthage were all less than three quarters of an inch.  On the other hand,  Michelle Gullette and Jim Ebarb, both from Ringgold had the highest amounts with nearly two inches.

For the month of July and the year so far, here's how the rain is adding up:

So far, most of the ArkLaTex is running fairly wet for 2020!

Thanks Weather Watchers for your information.

To join up, just register here.  Then, send us your weather data.