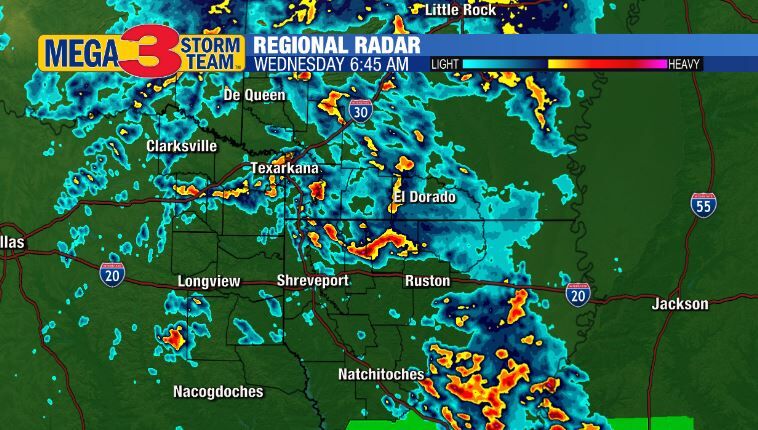 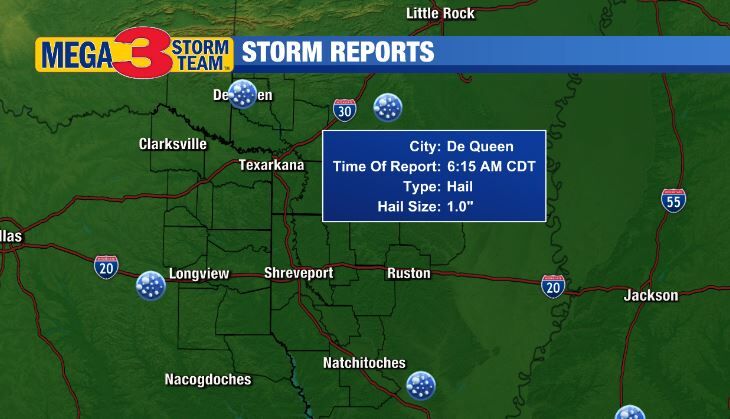 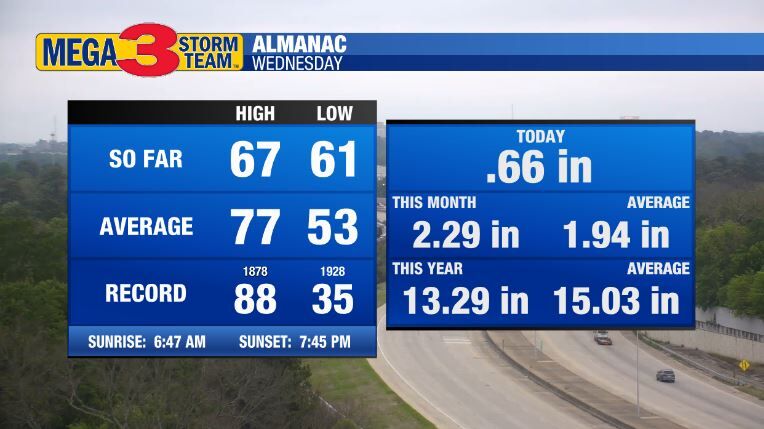 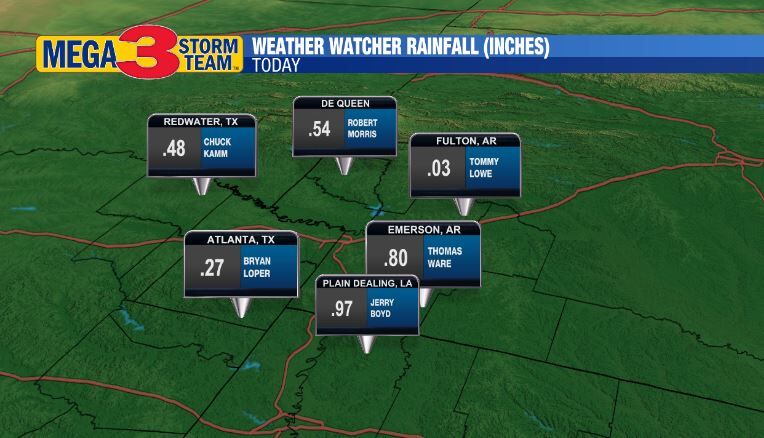 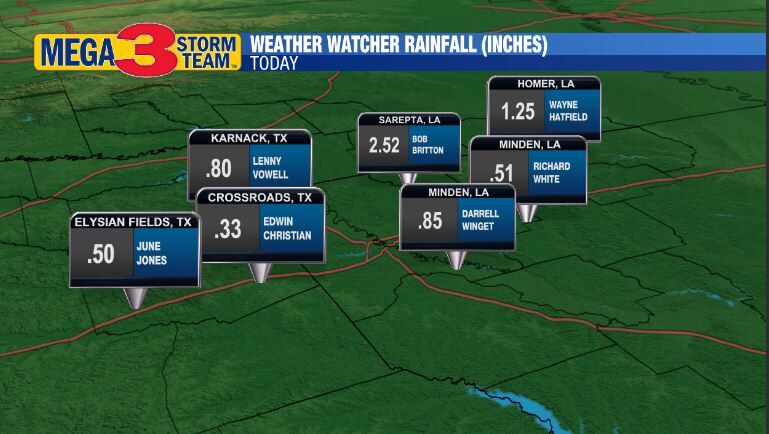 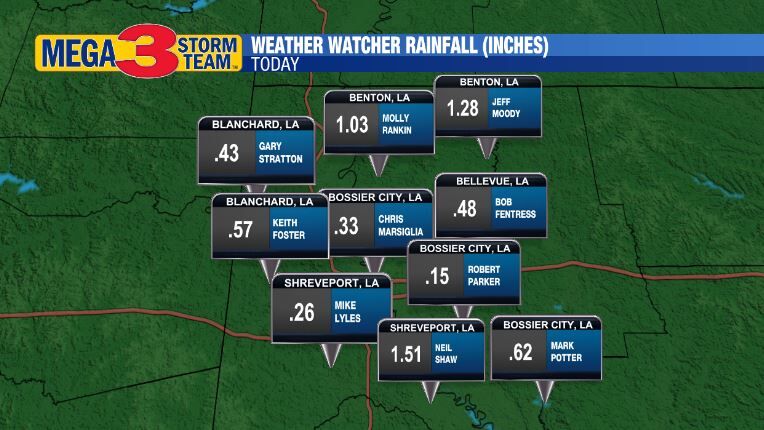 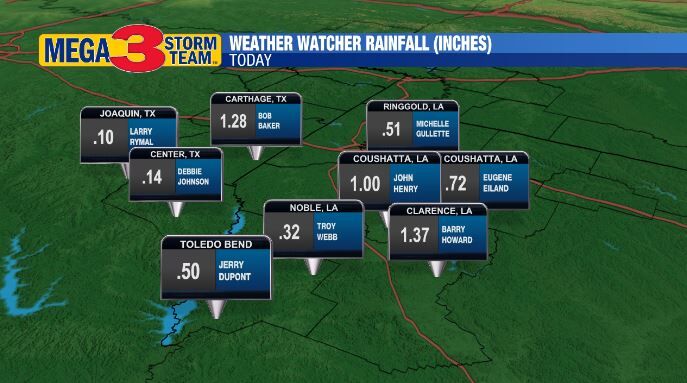 A few storms were severe with hail and gusty winds.  De Queen saw hail around 6:15 a.m.

The Shreveport National Weather Service saw a cool and wet day with highs in the 60s and about two thirds of an inch of rain.

The KTBS 3 Weather Watchers registered just barely enough to measure to over two and a half inches early Wednesday.  Here are the totals.

Northern ArkLaTex amounts ranged from .03 inches in Fulton, AR according to Tommy Lowe to nearly an inch in Plain Dealing as reported by Jerry Boyd.

Central amounts topped two and a half inches according to Bob Britton in Sarepta, LA.  Ed Christian a.k.a "Mr. Ed" recorded a third of an inch.

Metro rain totals were over an inch in Benton as reported by Jeff Moody and an inch and a half per our recently retired Meteorologist Neil Shaw.

Toledo Bend country also had some heavy downpours.  Carthage picked up over an inch according to Bob Baker.  Clarence, LA had even more with 1.37 inches as reported by Barry Howard.

Thanks KTBS 3 Weather Watchers for your information.  To join them and represent your community on our maps, sign up here and then send us your data.